The race to fill a role at the heart of world economic policy making is turning into a new battleground for the future of globalisation.
By William Horobin, Bloomberg 1 Nov 2020  00:34 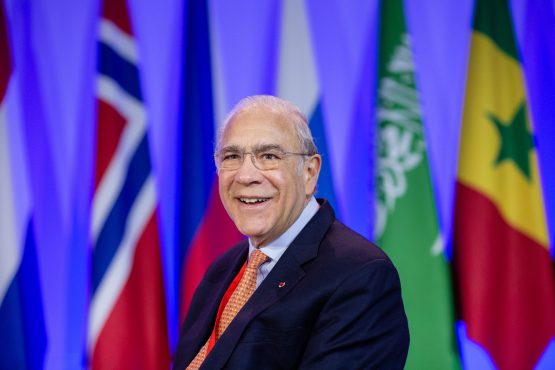 The race to fill a role at the heart of world economic policy making is turning into a new battleground for the future of globalisation.

Angel Gurria retires next year as Secretary General of the Paris-based Organisation for Economic Cooperation and Development, and Washington is proposing US President Donald Trump’s deputy chief of staff, Christopher Liddell, as a successor. Member countries have until November 1 deadline to put forward a candidate.

The OECD acts like an auditor for globalisation, shaping policies and setting standards in areas from taxation to trade and education. It’s currently running contentious negotiations over digital taxes that are on the brink of imploding into a transatlantic trade war. Liddell faces competition from European candidates on the other side of that issue, including former EU trade commissioner Cecilia Malmstrom.

“This is the most important multilateral organisation that most people have never heard of,” said Daniel F Runde, Senior Vice President of the Centre for Strategic and International Studies. “The OECD sets the Marquess of Queensberry rules of globalisation,” he said, referring to the standards of modern boxing. The organization was formally established in 1961 when the US and Canada joined what was originally a European group running the Marshall Plan after World War II. While still majority European, it’s grown to become a global forum.

Under Gurria’s 15-year stewardship, it expanded further and took on a more pro-active role, notably leading a crackdown on tax havens after the financial crisis and working more closely with large non-members China and India.

“Gurria has been the artisan of developing the OECD,” said Francoise Nicolas, a senior research fellow at the French institute for international relations. “When he arrived there it didn’t have the same aura; it was a mysterious, fusty place.” John Llewelyn, who worked in various positions at the OECD for nearly 20 years, says key to the role is a careful balance between pushing member states and preserving the organisation’s analytic neutrality.

“It’s not an easy job to fill because you really do want to be an intellectual leader to a certain extent, but the secretariat has to be like the pilot fish with the whale: in front but not too much in front,” Llewelyn said. Gurria’s replacement will get a seat at the top table of global policy negotiations at the Group of 20, backed by a team of more than 3,000 economists, lawyers and scientists operating from the Chateau de la Muette in western Paris.

The final decision on candidates will be taken by March 1, after closed-door interviews and “confidential consultations” between ambassadors to the OECD. Trump’s pick for the top job also has New Zealand citizenship, bolstering his international credentials. Unlike other candidates, Liddell, 62, has lengthy experience in the private sector with a stint as chief financial officer at both General Motors Co. and Microsoft Corp. A key question mark hanging over his candidacy is whether Joe Biden, if he won the presidential election, would continue to back the nomination. Other OECD countries may also be skeptical of a Trump-backed candidate given the disagreements over digital taxation. The 52-year-old Swedish politician is vaunting her experience of multilateral negotiations as an EU Trade Commissioner. While in that role, she worked closely on agreements with Canada, Japan, and the Mercosur trading bloc, as well as the dispute with the US She’s said the OECD must address climate change, digital taxation, and make the case for the “good aspects of globalisation.” If successful, Malmstrom would be the first woman to head the OECD and the first European in over two decades. 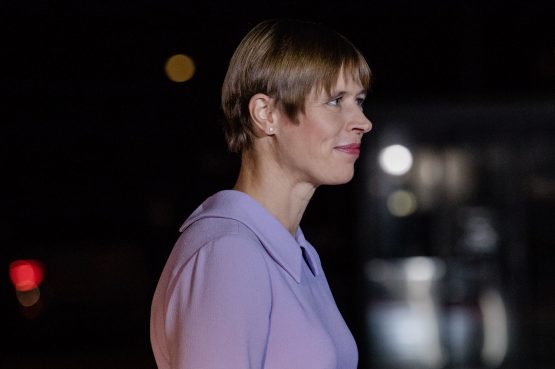 Malmstrom is not the only European woman in the running. Kaljulaid, Estonia’s first ever female president, says she can bring experience from a country that has transitioned to democracy to build one of the most digitally advanced societies with a leading education system. The 50-year-old said in an interview with Bloomberg News that taxing tech giants is “only the first step,” and the OECD needs to consider the broader issue of how societies can provide public services when individuals are moving and selling their work globally. The Canadian government is proposing its former finance minister as a consensus broker on key topics like digital taxation. Morneau, who resigned in August citing his interest in the OECD role, has experience of the G-20 and G-7, the IMF and the World Bank. After announcing his candidacy in late September, the 58-year-old traveled to Paris to spend several weeks meeting ambassadors. Convincing delegates he should be the next Secretary General may be tricky, as Gurria’s predecessor at the OECD helm, Donald Johnston, was also a Canadian.

Head of the Czech Chamber of Commerce, Dlouhy, 67, is calling for the OECD to stick to a limited number of priorities and wants it to listen more to members. The Czech government says his time as a minister in the country’s first post-communist government equipped him with experience of managing complex transitions that advanced economies will have to undergo in the wake of the Covid crisis. It’s also says the appointment would help redress central Europe’s under-representation in international institutions. Australia’s longest serving finance minister could be a compromise candidate for Europe and the US Belgian-born Cormann, 50, is a pro-market, pro-small government Christian conservative who says witnessing the fall of the Berlin Wall was a key influence in his political development. A native German speaker, Cormann is also fluent in French, an official language at the Paris-based organisation together with English. Australia’s Prime Minister Scott Morrison said Cormann would provide “a voice from the Asia Pacific, which will increasingly be the center of the global economy.” Famous for his Teutonic accent in Australia, Cormann does an uncanny impersonation of Arnold Schwarzenegger’s “I’ll be back” from The Terminator.