A R17bn investment in the Waterberg 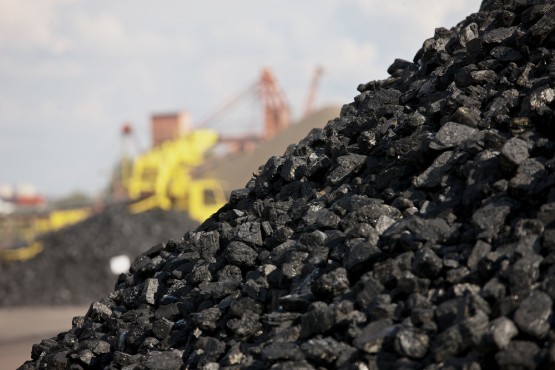 In what may be the biggest new coal mine developed in the world in 2016, ASX- and JSE-listed Resource Generation (ResGen) announced on Monday  – through its project vehicle Ledjadja Coal – it had reached a commercial agreement to secure a funding package of R5.53 billion to continue the development of the Boikarabelo coal mine in Limpopo’s Waterberg region.

The company has already invested R2 billion in the project and was arranging financing terms last year when a group of controlling shareholders, led by Altius Investment Holdings, had a disagreement with management that led to their ouster.

Rob Lowe, the chief executive of Altius, has now assumed the role of CEO of Resource Generation. “According to our base case financial model, no further equity will be required. So the R5.53 billion will comprise various forms of debt,” says Lowe. The senior portion will be provided by Rand Merchant Bank and Noble Group; while the mezzanine layer and preference share structure will be jointly provided by the Public Investment Corporation (PIC) and the Industrial Development Corporation (IDC). The first draw-down will be from cash at the company’s disposal. The Noble Group, who are 13.7% shareholders in the company, will also provide a cost-overrun facility.

The funding package will comprise both US dollar- and rand-denominated loans. “The split will be roughly two-thirds rand, one-third US dollar. This is because there are substantial components of the wash plant that will be bought in dollars, and with over 60% of the company’s expected revenues being received in hard currency, we thought it was a natural hedge to borrow in dollars,” says Lowe.

The company is targeting credit approval and financial close by the end of October this year and anticipates completing construction by September 2018. The first production is expected in the fourth quarter of 2018. “We expect to ramp-up to full capacity in the fourth quarter, such that we will meet the run-of-mine target rate of 12 million tonnes per annum,” says Lowe. This should provide six million tonnes of saleable coal a year, comprising 3.6 million tonnes of export coal and 2.4 million tonnes of domestic coal. “But we have full optionality in our wash plant and logistics, so if there is no appetite for domestic coal, we can move all of it for export,” says Lowe.

While discussions with Eskom are ongoing for the domestic coal, Noble Group have a 35-year marketing agreement to handle the export component. The company already has contracts in place to supply end users (power stations) on the Indian sub-continent.

Regarding logistics for export and domestic coal, a rail line will be constructed from the mouth of the mine to connect with the Lephalale-Witbank main line. This will allow ResGen to supply power stations in the Witbank area via rail, with export coal moving onward to Richards Bay. The primary port facility will be RBTG (Grindrod) which is in the process of being upgraded to the point where it can accommodate all of Boikarabelo’s saleable production, if needs be.

In parallel with the mine, ResGen is also mulling its options on the proposed coal IPP, which could cost in the region of R8-10 billion, depending on which configuration is pursued. “The IPP is being fast-tracked in parallel with the mine, but they are not interdependent,” says Lowe. The company has approvals in place (environmental, land, and water) to build a 300 Mega Watt (MW) coal-fired power station. But the results of a recent feasibility study indicate the company might be better served building a larger plant – in the region of 450–600 MW. “We are committed for the 300 MW, but the question is whether we will be able to increase that to 450-600 MW in time for the Department of Energy’s second IPP window which is scheduled to open in 2017,” says Lowe.

The IPP will be developed by ResGen using other shareholders – the contractor (who would also become a shareholder) will most likely be Japanese or South Korean. The company is investigating power offtake agreements with Eskom and third parties.

A potential R10 billion investment in the construction of the IPP along with the R7.5 billion invested in the mine would certainly transform the Waterberg from an economic development point of view. The mine is located 50 kilometres west of Lephalale and is bordered to the north by the Limpopo. ResGen anticipates 3 000 temporary jobs will be created during construction, with 685 permanent jobs in Phase 1 of the mine that follows. The investment will add an estimated R250 million to the local economy.

“I think it’s a really good news story. There have been lots of people that have been sceptical, and we have been able to show everyone that the Waterberg can become a serious new source of coal and energy, so we are very excited,” says Lowe. He also believes the project is a demonstration of what can happen when there is co-operation between the public and private sectors. “The PIC, IDC and Transnet Freight Rail have all been incredible, as have the Departments of Economic Development and Mineral Resources.”