Africa cannot continue to be the receptacle for dumped used vehicles from Europe, the US and Japan.

That’s the warning from former South African finance and trade and industry minister Alec Erwin, who was speaking during an automotive forum discussion at the Intra-Africa Trade Fair (IATF) in Durban last week.

“If we do that, it’s actually unsustainable because it is causing increasingly big balance of payments problems. Secondly, it’s causing significant environmental damage and thirdly it’s restricting our industrialisation.

“So we need to move forward on this,” he said.

Erwin is now a director of Ubu Investment Holdings. The IATF automotive forum discussion was titled ‘The Auto Pact vision and the economic benefits to Africa: Key aspects to effective national and continental automotive policies and the consideration around the AfCFTA [African Continental Free Trade Agreement] in designing these policies’. 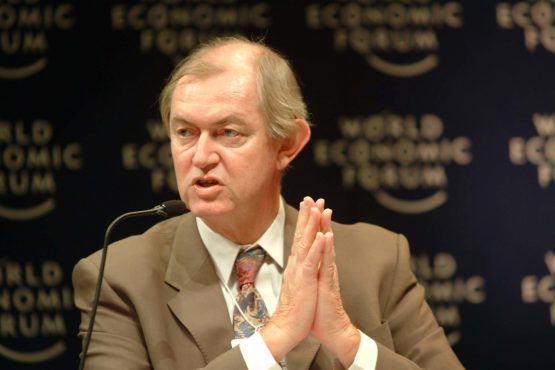 His comments follow Minister of Trade Industry and Competition Ebrahim Patel stating in a different session at the trade fair that between 20 and 25 new vehicle assembly plants could be established on the African continent if it was able to convert the estimated four million used vehicles imported into Africa each year into new vehicle demand.

Read: Potential for Africa to have up to 25 new vehicle assembly plants

Sector is an ‘international system’

He said the very nature of the industry imposes certain requirements for automotive policy, including that the industry is inherently an international production and trade system.

“Not even China or the US attempts to produce all its models. It’s more efficient to trade both the componentry and the built up units,” he said.

Erwin added that developing automotive policy for South Africa and Africa is a journey but also a massive opportunity.

He said there are a few technical issues on how automotive policy fits into the AfCFTA but African governments are arguing for a specific agreement that will sit parallel with and “tucked into” the agreement.

He said currently this work has gone well and Ghana was the first country in more recent times to put in a more comprehensive programme.

“The result of that was three new investments. That is quite an achievement. In two years, develop a policy and you get three major global OEMs’ [original equipment manufacturers] investment in your SKD [semi knocked down] plants to start with because they are confident there is a programme there,” he said.

Volkswagen, Toyota, Isuzu, Hyundai and Nissan have all already invested in vehicle assembly operations in Ghana.

Erwin said Kenya has introduced a programme but needs to complete it to make it truly attractive while Nigeria adopted a fairly comprehensive programme but then unfortunately did not implement it effectively, particularly on the customs side.

This resulted in Nigeria getting to “step one” and staying there and not progressing to having bigger automotive plants.

Mbongeni Ndlovu, the head of African trade and industrialisation at the Toyota Wessels Institute for Manufacturing Studies and a consultant at B&M Analysts, said one of the factors that is critical for a country wanting to develop an automotive industry is that it has access to a domestic and regional market.

Ndlovu said this speaks to the market in terms of the proportion of the population that is able to afford a vehicle.

“Importantly, we don’t think Africa is at a disadvantage at all for this particular characteristic,” he said.

Ndlovu said they did an exercise where they looked at India, one of the top comparators with Africa, and took a benchmark of $10 000 per capita per year to determine the income in sub-Saharan Africa and Africa relative to India.

He said they found that India had 32 million people who earned over $10 000 per person a year in contrast to sub-Saharan Africa, which had about 34 million people in this category.

If this was extended to include North Africa, about 66 million people in Africa earn above $10 000 per person a year, he said.

“This speaks to the fact that there is a demand in sub-Saharan Africa currently. When you make projections in terms of the urbanisation and population growth that we are going to experience over the next few decades, it speaks to the proposition that we do have a market,” he said.

Ndlovu believes there is a “sweet spot” for an automotive policy for South Africa that can be extended to the African continent.

This is based on South Africa and Africa having significant market depth in terms of market size and dynamic capability, which involves the production capabilities, infrastructure and availability of resources and skills to meet the demands of the industry.

Ndlovu said there are four steps to creating a value proposition to develop an automotive industry:

It’s been done before …

Faizel Ismail, a former South African ambassador to the World Trade Organisation (WTO) and now director of the Nelson Mandela School of Public Governance at the University of Cape Town, said Africa is embarking on a huge journey with the AfCFTA but others have travelled a similar journey, such as the European Union (EU), which came back from impossible odds after World War II.

“You would never believe … that these countries could work together but they did and they are and they have succeeded in building a regional economic block, so why not Africa?” he said.

Ismail said the AfCFTA is an extraordinary game changer because the idea of regional integration and a united Africa has been a dream of Pan African thinkers even before the independence of countries on the continent.

However, he stressed that AfCFTA will only succeed if it contributes to the development of regional cross-border infrastructure in Africa.

While the independent free-market entrepreneurs in Europe created the Mercedes Benz, BMW, Maserati, Porche, and Aston Martin, the Soviet Central Planners produced the Trabant. The ugly little Trabant had a 600cc, 2-cylinder, 2-stroke engine that produced 19kw. It took half a day to accelerate from zero to 100 km/h. The car was very noisy, unreliable, slow, created a lot of air pollution, and was poorly designed. They called the Trabant “a sparkplug with a roof”.

The East German manufacturer was a state monopoly. Does that sound familiar? In the absence of any competition, there were no incentives the modernize the design or to upgrade the production line. The waiting list for a new car was thirteen years, so second-hand cars would trade at double the price of a new one. This is a value-destructive exercise if there ever was one. The cost of the unproductive and overpaid labour, plus the inefficient production- and supply lines made the Trabant a loss-making exercise. Eskom is our case in point.

This socialist and Central Planning attitude bankrupted the mighty USSR and led to the fall of the Berlin Wall. The “labour theory of value” crumbled in tandem with the Belin Wall. A workers’ paradise is a consumer’s hell. Nobody starts a business with the aim of creating jobs. Entrepreneurs employ people as part of the process to serve the consumer. Only consumers can employ people, and they do so indirectly, through a voluntary, mutually beneficial, and value-adding transaction with a preferred supplier.

The ANC wants to restrict the consumers’ alternatives, by banning second-hand vehicles from the market, to further their own self-serving and destructive agenda. They impound the freedom of choice of consumers to remove any competition to their failed ideas. The consumers are their enemy, not their clients.

When the Communist Central Planners were pushed from Eurasia, they were dumped in Africa. Now Africa is the largest dumpsite for the failed ideologies of the labor theory of value, state industrialization(Chairman Mao tried this and killed millions of people in the process), and Central Planning.

Socialism causes deindustrialization and unemployment. Now, these ignorant socialists want to go on an industrialization drive? The continent will industrialize spontaneously as soon as the corrupt leaders scrap their redistributive laws of plunder and extortion.

The ANC, with Ebrahim Patel and Alec Erwin as their henchmen, with the various infringements on property rights and freedom of choice, is the greatest impediment to spontaneous industrialization in the world.