South Africa has a dire shortage of registered nurses, yet those wanting to enter the profession are now finding a closed door.
By Eleanor Becker 1 Jun 2017  00:02 The pipeline of registered nurses in South Africa has ‘paused’ – and hospitals and students are being affected by legislative bungles halting the flow of skills into the sector. To add fuel to the fire, working conditions discourage retention.

The sequence of events is startling, especially for a country where, according to Moneyweb calculations and South African Nursing Council (SANC) statistics, there were only 5.14 nurses per 1 000 people in 2016.

Dr Wilmot James, DA shadow minister of health, notes in his Politicsweb article here: “Having a critical mass of professional nurses in hospitals reduces the risk of patients dying by 8%.” It also significantly cuts the incidence of patients acquiring additional health problems while in hospital.

“We have a significant shortage of qualified professional nurses,” says Debbie Regensberg from the Society of Private Nurse Practitioners of SA. “And the shortage is about to become critical.”

The looming crisis began with a sweep of nursing college closures and mergers in the late 1990s, according to Health Systems Trust training unit technical advisor Dr Joan Dippenaar. This led to significantly fewer nurses being trained in State facilities.

Until now, private hospitals with their own colleges filled the gap – but this pipeline has been plugged.

Nursing education now falls under the Department of Higher Education, rather than the Department of Health (DoH). The Strategic Plan for Nursing Education, Training and Practice (2013) came into effect that year and introduced new qualifications. Nursing education programmes approved by SANC prior to the promulgation of the National Qualifications Act, 2008 were terminated in June 2015.

But many private nursing education institutions have yet to be accredited. And those that have received accreditation face another challenge, and this one is insurmountable. As Unisa lecturer Professor Mokgadi Matlakala points out in her paper here: “The new curricula are yet to be approved.”

Until SANC, together with government, finalises and publishes updated scopes of practice, the new qualifications can’t be offered.

The situation is being further aggravated by the fact that thousands of posts in State hospitals have been frozen.

The hiring freeze isn’t just keeping qualified health care workers from securing work in State hospitals – it has led to a licensing hold-up. A one-year practical training stint in the public sector is a mandatory requirement of professional nurse training. There are not enough posts in the public sector for students who complete their studies, says Professor Laetitia Rispel, head of the School of Public Health at the University of the Witwatersrand, here.

In a May statement, Hospital Personnel Association of SA (Hospersa) general secretary Noel Desfontaines said it is alarming that the DoH is not filling these vacant posts. Hospersa has raised the staff shortage issue with the DoH on numerous occasions “with little response.”

Some private hospital groups are bringing in professional nurses from India and other English-speaking Asian countries, particularly for their operating theatres and ICUs, says Regensberg.

But this option has its own challenges. A large number of qualified nurses from overseas have applied to the South African Nursing Council (SANC) for registration, but the process can take three to five years.

South Africa also has an ageing nursing population. Approximately half of all licenced nurses are over 50, with only 5% under 30. “There will be a critical shortage of nurses in the near future when all the skilled professionals, teachers, managers and clinical specialists retire,” says Dippenaar.

There’s also the brain drain, although emigration per se doesn’t seem to be a major problem. South African nurses can be found working overseas (primarily in Saudi Arabia, UAE and UK) – but most go on fixed-term contracts, then return.

Those with a post basic degree are able to find higher remuneration, while specialists such as critical-care nurses can demand higher salaries.

Even so, it’s not unusual for nurses to moonlight, holding down two jobs to make ends meet. As Regensberg points out: “A newly-qualified pharmacist with a four-year degree and two years of practical experience has a starting salary of R35 000 per month, while a professional [registered] nurse will be fortunate to earn R18 000, yet has to take responsibility for life-and-death decisions in the absence of other healthcare professionals.”

Then, according to Dippenaar, there are the working conditions – believed to explain why an estimated 18% of SA’s registered nurses don’t practice.

Working conditions were found to be so poor at public health facilities that the Department of Labour issued the DoH with a Section 7 notice over Occupational Health and Safety contraventions late last year. “The report showed dismal results from the first round of inspection where the overall compliance for the country was rated at 22%,” Hospersa says here.

Dippenaar says the challenges facing the profession are further influenced by the shortage and uneven distribution of doctors between sectors, provinces and urban rural areas, compounded by a shortage of resources.

There is clearly an urgent need for changes to the current situation regarding training, accreditation and licensing. Creating a favourable workplace environment would also go a long way towards keeping professional nurses in their posts.

SANC was given an opportunity comment and hadn’t by publication.

Ja no well fine – Proudly brought to you by the ANC – trying to fix a system that worked well in the past. These people do not have a clue!!!

yes, and how many educational, agricultural, technical colleges have been closed. Just because it is supposedly link to apartheid. That is why there will be no economical growth in this land.

The shortage of nurses and poor service delivery is exactly what the ANC supporters voted for! When they were given the choice between having sound governance and accountable parliamentarians and dying in understaffed hospitals, they chose the latter.

Politics is a bitch, you get what you vote for.

………. shortage worsened by alarming bureaucratic bungling ( so many other jobs come to mind )

ANC: We have good story to tell

Yet one more example of treason committed by the ANC 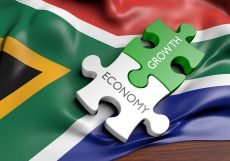