The rise of electric vehicles presents opportunities to SA miners; but there are risks too. 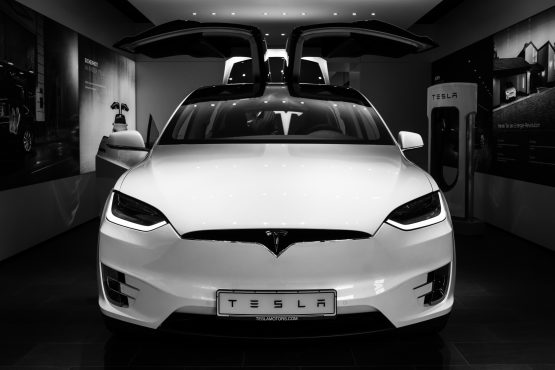 This trend is potentially good for the mining industry. Growth in electric vehicles, together with the already massive market for tech devices, is driving orders for lithium ion batteries – which in turn is boosting demand for lithium and cobalt, key elements in the batteries. In addition, demand for nickel, graphite and copper will grow.

The obvious opportunity for investors is Glencore, says Hanré Rossouw, portfolio manager and head of resources at Investec Asset Management. “But bear in mind that cobalt is just a portion of Glencore’s portfolio.”

Copper, which is used for electrical conduction, whether in a combustion engine or electric-powered vehicles (or renewable energy plants), will also benefit, he says. This supports Anglo American and BHP Billiton to a lesser degree.

Demand is also being reflected in the share prices of companies like Tawana Resources (lithium) and African Rainbow Minerals (copper), which have risen on the expectations of investors. Tawana is one of Moneyweb readers’ favourite stock-picks for the year.

What is driving the demand for electric vehicles?

There is a two-pronged push, says David Jollie, market analysis manager at Anglo American. At the local level authorities want vehicle makers to reduce noxious exhaust emissions in a bid to reduce urban air pollution. “Catalytic converters reduce these emissions, but they can be reduced further.”

The second is the battle against global warming and countries’ efforts to reduce their Co2 emissions. It is likely that new and coming standards and targets for efficiency and emissions may be too high for internal combustion engine drivetrains to meet — at least economically. “Electrification presents solutions in both those spaces,” Jollie says.

Mainstream automakers are reacting to pressure from regulators. Almost all have plans to launch EVs, also spurred perhaps by the naked ambition of Elon Musk with his Tesla vehicles. Volkswagen plans to launch 30 EV models by 2025, Volvo has said all of its new models will have full or partial electric engines by 2019, BMW plans to offer 25 electric models by 2025, and so the list goes.

Huge potential profits await those that can tap into this burgeoning market. According to Transparency Market Research the worldwide lithium ion cell and battery pack market (also driven by electronic market demand) is anticipated to grow 12.0% compounded annually, between 2017 and 2025. In this period the market is expected to surge in value from $32.1 billion to $88.9 billion. Morgan Stanley analysts predict that as many as one billion battery electric vehicles (BEVs) could be on the road throughout the world by 2050. Under that scenario, by mid-century BEVs would comprise as much as 90% of all vehicle sales.

What exactly are electric vehicles?

“Most people assume that electric vehicles run solely on battery – like the Tesla,” says Jollie. “Right now most electric vehicles are hybrid vehicles incorporating a battery with another power source, usually the internal combustion engine, such as the Prius.”

Despite decades of development vehicle batteries remain expensive, heavy and lacking in long-range capacity. In most markets, no broad infrastructure exists to recharge electric vehicles on the move — certainly not when compared to the ubiquity of gas stations.

These problems are being resolved however, and ‘pure’ battery-driven vehicles are coming. At this point there are two directions that battery technology could evolve: The obvious is the conventional lithium ion battery; the other option is the hydrogen-powered fuel cell. “The advantage of hydrogen is that the battery can be recharged in five minutes and it has a longer range than the lithium ion battery. However the technology is less advanced at this point,” says Jollie.

The impact on commodity markets

Which way the technology goes will depend on the availability of raw materials, he adds. There are concerns about the scarcity of supply of lithium and there is increased scrutiny of the ethics of artisanal cobalt mining in the DRC. Car manufactures won’t be capable of fulfilling their targets if they fail to secure the supply of these critical raw materials. Racing to join the ranks of global lithium producers

This rapid increase in prices has increased interest into developing new lithium and cobalt projects in Africa. These include Montero Mining in Namibia and Premier African Minerals with a project in Zimbabwe.

Few JSE-listed companies are involved in lithium with JSE- and ASX-listed Tawana Resources the exception. It is bringing its new lithium mine online in April, arousing considerable investor interest. “We think with the interest from producers, demand will be very strong,” CEO Mark Calderwood told CNBC in December.

What Africa does have is the world’s largest reserves of cobalt, which lie in the copper belt that straddles the DRC and Zambia. At the heart of this trade is Glencore whose mines in the DRC produce almost a third of global production.

Africa is home to other cobalt producers, such as Managem and Ambatovy, located in Morocco and Madagascar.

The electric vehicle revolution has also spurred interest in graphite. Syrah Resources is based in Mozambique and there are small miners looking to start production there, such as Kibaran Resources in Tanzania or Triton Minerals in Mozambique.

The demise of platinum group metals?

While the rise of EVs will be good for miners of niche minerals, many have argued that this spells the demise of platinum group metals (PGMs). This has been exacerbated by the shift from diesel vehicles following the Volkswagen scandal last year (where VW falsified its emissions), putting further pressure on some PGM prices. “About 50% of gross platinum demand and 80% of gross palladium demand is from the autocatalyst market,” says Justin Froneman, head of finance for Sibanye-Stillwater’s US region. “So anything that causes a structural shift in the market could be negative for PGM prices. The market is changing and we would naïve to think it’s not. It took 13 years for horse drawn carriages to be relegated in favour of cars in the early 1900s.”

However Froneman argues that while the EV revolution is clearly in play, this does not necessarily spell the end of the internal combustion engine. “We are still bullish about PGM fundamentals. And while it seems probable that EVs will penetrate the global auto market aggressively over next couple of years, a significant proportion of these will be hybrids (a combination of battery and combustion drives) which still consume significant amounts of PGMs.”

Another possibility, says Anglo’s Jollie, is that the industry incorporates hydrogen fuel cell technology, which uses platinum, as an alternative solution to battery electric vehicles. This will also support PGM demand, he says.

Investec’s Rossouw supports this thesis. “In our view the platinum price has been suppressed by the fallout around Volkswagen which has hurt diesel demand [and therefore platinum] as well as the perceived threat of EVs. But we believe this threat is overdone. The electric vehicle does not mean the end of the combustion engine.

“Electric vehicles are growing there is no doubt, but much of this is supported by government incentives. Where these fall off, sales drop too. Until prices come down and performance improves, demand will not be consumer led.”

While the platinum price may remain under pressure, eventually the years of under-investment in the industry will affect supply. “Supply peaked in 2006 and since then we have lost a million ounces from production. This is unlikely to be recovered,” says Froneman. “We think demand for platinum will remain consistent on an absolute basis, and around 2020/21 we will face a supply squeeze.”

The industry is evolving fast, impacting automakers, commodity suppliers and others in the supply chain. Sergio Marchionne, CEO of Fiat Chrysler and one of the longest-serving CEOs in the auto industry, summed it up best when he told Bloomberg: “Carmakers have less than a decade to reinvent themselves or risk being commoditised…. Electrification will happen, not necessarily as full battery‑electric vehicles but in combination with other forms of power. It’s going to be a very interesting time.”