At last: CR throws the kitchen sink at load shedding 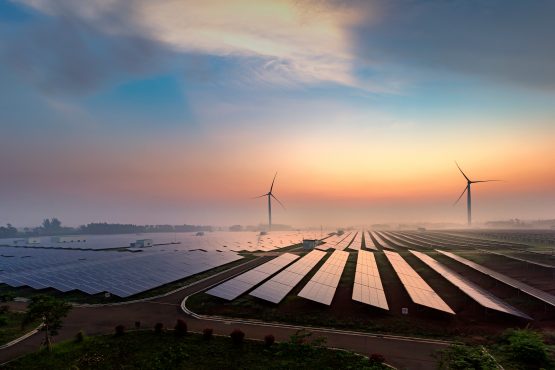 President Cyril Ramaphosa says Eskom will develop a feed-in tariff, at which to buy energy from households and businesses with rooftop solar. Image: AdobeStock

It took almost a month of intense disruptions due to load shedding for President Cyril Ramaphosa to take charge of the electricity crisis that has deepened year after year, but on Monday (25 July) he eventually announced drastic steps to end load shedding, ensure the sustainability of Eskom, and transform the electricity supply industry.

Without reverting to a state of disaster or emergency, Ramaphosa announced steps to:

Ramaphosa announced that Eskom will over the next 12 months increase its maintenance budget to increase the reliability of its power stations.

Government is also cutting red tape to make it easier for Eskom to procure parts and equipment, and the power utility is recruiting skilled staff – including former Eskom staff.

Over the next three months Eskom will procure additional generation capacity, including:

Eskom will also launch a programme to reduce peak demand.

Ramaphosa announced that a solution for Eskom’s R400 billion mountain of debt will be provided by Finance Minister Enoch Godongwana in his medium-term budget policy statement in October, and the climate funding secured earlier will be used to strengthen the electricity grid and repurpose old power stations.

The Komati, Majuba and Lethabo power stations will be among the first to be converted to solar power and battery storage, amounting to 500 megawatts (MW).

To curb the scourge of theft, corruption and sabotage at Eskom the South African Police Service (SAPS) has established a special law enforcement team.

With all of this in place, there will be no further excuses for non-performance at Eskom, Ramaphosa said.

To get new generation capacity, Ramaphosa announced that:

To encourage private investment in generation capacity Ramaphosa announced that:

A significant development is Ramaphosa’s announcement that Eskom will develop a feed-in tariff at which to buy energy from households and businesses with rooftop solar.

This differs from the current net-metering, which only allows owners of such solar installations to earn credit for the energy they supply to the grid to a point where their bills stand at zero. Feed-in tariffs on the other hand, allow the owners to earn money beyond that – Eskom may very well be paying them for electricity.

This announcement comes the same day Cape Town Mayor Geordin Hill-Lewis announced that his council will introduce feed-in tariffs for business and plans to expand it to households.

Ramaphosa also announced that a board will be appointed for Eskom’s newly-established transmission company and the generation company.

The finalisation of the Electricity Regulation Amendment Bill will be expedited to establish a competitive electricity market.

Leaving little to chance, Ramaphosa established a national energy crisis committee, led by Director-General in The Presidency Phindile Baleni. Baleni is a former CEO of energy regulator Nersa, with deep knowledge of the electricity sector.

Also represented on the committee will be the departments of Public Enterprises, Mineral Resources and Energy, Forestry, Fisheries and the Environment, National Treasury, and SAPS.

The relevant ministers will report to Ramaphosa directly.

Dr Dirk Hermann, chief executive of Solidarity, said the government’s move towards a more decentralised system for power generation is the only workable and sustainable solution to South Africa’s power crisis.

“As also outlined in Solidarity’s earlier plan, the encouragement and facilitation of small-scale power generation on a large scale is of crucial importance to stabilise our power grid,” says Hermann. “Through deregulation and the removal of regulatory barriers, we free the private sector and communities up to present creative and resilient solutions to the crisis.”

Well I am deeply impressed with the comprehensive message and plan of action by @PresidencyZA @CyrilRamaphosa
Bringing an end to loadshedding with these plans is most definitely possible, in a national priority project.

There is now no longer any cap on the size of private power generation projects. Electricity generation in South Africa has been deregulated and liberalised (Ts&Cs apply). This is a major step forward (it should have happened 15 years ago). Progress, finally!

I generally welcome the move but it seems light on details.

Also you want to take Komati, Majuba and Lethabo power stations and convert them to solar — Sounds great

Those stations are sub-optimum for various reasons (Komati, for example, was built in the 1960’s and was previously mothballed before being brought back to life to try and alleviate load shedding). This idea utilises the fact that these coal stations are already connected to the grid and therefore incur a lower cost to introduce some sustainable power. It also preserves some jobs and tests some of the “Clean Energy” proposals and issues. There is an excellent video (search for “Voices from under a dark cloud”) which shows some of the initiatives going on around these past-there-sell-by-date coal stations.

Ho hum. Are they optimally situated for solar, is the switchgear still operational and capable for dealing with the loads from solar, is there enough area for solar panels etc etc. Sounds like half thought out tenderpreneuring to try keep Eskom alive to me (and score some of the overseas loot).

Will see that video later, but on the MP highveld PV works better in winter than in the NC, because of the altitude. In summer there is more cloud cover on the highveld.
Think that Paul is a bit too negative.
Agrivoltaics would also be a good idea on farmland adjacent to the decommissioned operations.

I think Komati is well past economic life. On satellite looks like enormous area, could do a lot more than 500MW.

The sites could probably do solar plus storage. say 3GW solar, 5GWh storage and run it as a 1GW peaker mornings and evenings as then competing with damned diesel.

If gas supply ex Moz sorted then put some gas peakers there as well. Have the chimneys 😉

It’s finally happened! Took 27 years for all that ANC arrogance to admit that common sense must prevail. Well done for some clear thinking at last CR.

Prize for the most lipstick ever put on a pig !!

Here the latest on the Botswana power situation.
https://www.news24.com/news24/southafrica/news/breaking-botswana-offers-off-peak-electricity-to-supplement-eskom-supply-20220727

One has to wonder what the excess capacity from Zambia and Botswana ( and other neighbouring countries) is going to cost us. Talk is cheap, actions speak louder than words, so I look forward to seeing how this all pans out. Forgive my negativity but we have seen this all before. Hopefully this time it’s different!

Mac: my brother in law lives in Zambia. They have been there for nigh on 20 years. They have load shedding every day. There is no excess capacity there.

Agreed =- Lies and false truths abound – This from Botawana power generation :
“Botswana’s energy capacity is thermal, produced mostly in coal-fired plants with a few small diesel generators in rural areas. The 132 MW Morupule coal-fired station generates most of the domestic electricity supply. More than 50 per cent of Botswana’s power requirements are imported from South Africa and Zambia.”

Yes I’ve just checked up on the situation.
InNov 2019, SA agreed to sell power to Zambia at $21m a month…wonder what happened to that deal… And apparently,up until April 2022 ( that’s THIS year) SA was supplying electricity to Zambia. Trying to verify this but according to Google this was the case! Someone somewhere is telling big porkies!

This is a moment of the abolition of slavery.

The ANC’s own incompetence and criminality have led to a general uprising that forced them to capitulate. The peaceful forces of the free market and free society have conquered the bastion of central planning dogma to free the consumers who were enslaved by Eskom.

It is a moment of victory for ordinary South Africans. Now we will have to bury this rotting carcass of the ANC before the Gwede Mantashe BEE zombie launches a counterattack.

November 2021 – “At the Glasgow climate summit on Tuesday, South Africa announced that it had secured commitments for $8.5 billion in financing over the next five years from Britain, France, Germany, the United States and European Union to help install more clean energy, accelerate the country’s transition away from coal power and cushion the blow for workers who may be affected by the shift.”

Mr President is just doing what has to be done to get the bailout. No action, no dollars. And there is an election coming up.

… and the chagrin of having to listen to the colonial West, while Russia is distinctly absent.

The household feed-in makes little sense. NRS97 limits the size of residential single phase to about 3.6kW if grid connected which one would have to be to supply to eskom. that yields around 5000kWh per year AC power so 400pm from which deduct consumption, leaving little to export.

Even large existing commercial rooftops would have sized to their consumption and connection size, so feed-in mainly weekends if the biz is a Mon-Fri operation.

But great that they committed to at least getting hurdles out of the way to speed up IPP.

All sounds good, but any talk and decisions yet of halving the bloated Eskom workforce. That for me personally would be a step in the right direction, and they can start working on the huge debt bill that just keeps creeping up.