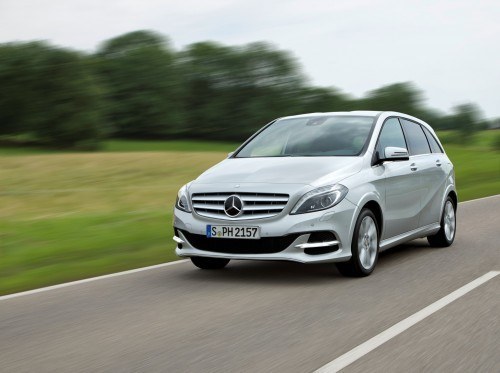 Employees from the two companies allegedly emailed each other regularly to request cover quotes. Image: Moneyweb

A long-standing investigation by the Competition Commission (CompCom) into collusive conduct in the auto body repairs market has resulted in a panel beating firm reaching a settlement with the commission in terms of which it has agreed to pay a R750 000 fine.

CompCom head of communication and spokesperson Siyabulela Makunga, on Friday welcomed the tribunal’s confirmation of the settlement agreement.

It follows the commission launching an investigation into Eldan Auto Body and Precision & Sons in June 2014 for alleged price fixing, market division and collusive tender in the provision of auto body repair services in Pretoria.

Read: You will soon be able to service your car anywhere

Officials from the commission conducted a dawn search and seizure raid on July 4, 2014 at the offices of Precision & Sons and Eldan Auto Body in Pretoria West and at the Vehicle Accident Assessment Centre (VAAC) in Centurion, which provides vehicle assessment services to customers of both firms.

The raid formed part of the commission’s ongoing investigation into collusive conduct in the auto body repairs market.

The commission’s investigation found that Eldan Auto and Precision & Sons had allegedly discussed and agreed to exchange cover quotes from 2011 and coordinated their collusive arrangement through the VAAC, with communication allegedly taking place directly between employees of the two firms or through the VAAC.

The investigation further revealed the two firms allegedly held meetings and discussions on how to collaborate when providing quotes to clients and allegedly also discussed prices to be charged for auto body repair services, including panel beating and spray painting. Employees allegedly emailed each other regularly to request cover quotes from each other.

In terms of the settlement agreement, Eldan Auto Body admitted it engaged in conduct in contravention of the Competition Act.

In addition to agreeing to pay the fine, Eldan Auto Body agreed to cooperate with the commission in the prosecution of the complaint by: testifying in the matter and providing evidence to the commission; desisting from engaging in the prohibited conduct; and developing, implementing and monitoring a competition law compliance programme to ensure that its employees, management, directors and agents do not engage in future contraventions of the Competition Act.

Precision & Sons, the other accused firm, unsuccessfully applied to the tribunal in November 2019 for the case against it to be dismissed. This was on the grounds that the hearing of the matter had been unreasonably delayed through the CompCom’s failure to secure its sole witness to give oral evidence.

The matter was originally set down for hearing from March 27 to 31, 2017. However, the proceedings were postponed on several occasions because the commission’s key witness – a Zimbabwean asylum seeker now living in America who previously worked for one of the firms – experienced difficulties in traveling to the tribunal hearing in Pretoria, because his travel documents did not comply with South Africa’s entry requirements.

In dismissing the firm’s application, the tribunal ordered that the hearing dates for the main matter are to be decided on an urgent basis and will be at the convenience of the tribunal and not dependent on the availability of the commission’s key witness, counsel for the commission, or Precision & Sons.

Attempts to obtain comment from the commission and the tribunal on the status of the case against Precision & Sons were unsuccessful.