Bob Diamond stumbles on road to redemption in African banking

Robert Diamond has had some grand ideas in his time, and this may be his grandest yet.
By Stefania Bianchi and Paul Wallace, Bloomberg 21 Sep 2015  07:44 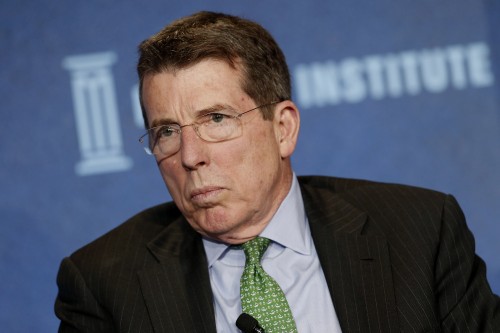 It’s a bold undertaking for someone a British government minister called “the unacceptable face of banking” in 2010. But Diamond has lost little of the swagger that made headlines during the financial crisis. Nor has he lost his appetite for risk — or a good fight.

The doubts aren’t unreasonable. Shares in his investment vehicle, Atlas Mara, have more than halved since a December 2013 initial public offering in London, while the commodities boom that made Africa the last great growth frontier has collapsed. The 64-year-old American-born Diamond is also facing more experienced Africa hands at Standard Bank Group, Standard Chartered and Ecobank Transnational.

Skeptics didn’t prevent Diamond from turning a declining franchise into a global investment-banking powerhouse at Barclays, which he left in 2012 after the bank was fined for manipulating benchmark interest rates.

While banking in the world’s poorest continent is far different from banking in Canary Wharf and on Wall Street, Diamond says his experience can overcome the inevitable obstacles. The group posted a first-half profit, swinging from a loss, as bad loans plunged. “We are good investors, and we are also really good operators,” Diamond said in a Sept. 17 interview in Singapore. “Taking an investing and operating approach is not only unique but it is to protect the downside and really really enhance the upside of our investment.”

Since he established Atlas Mara with Ugandan entrepreneur Ashish Thakkar, the British Virgin Islands-registered company has made about $500 million of purchases — from Nigeria in the west to Rwanda in the east and Zimbabwe in the south. There will be two or three more acquisitions in the next year, Diamond said.

Diamond and his Dubai-based executives, including Chief Executive Officer John Vitalo, a US Marine Corps veteran who used to run Barclays’ Middle East business, and Brad Gibbs, a former managing director at Morgan Stanley, intend to exploit a largely untapped market. Just 34% of African adults have bank accounts, compared with 94% in rich countries, according to the World Bank.

They’re not alone believing in the potential for pan- African banking. Togo’s Ecobank operates in 36 sub-Saharan Africa countries. Standard Chartered and Barclays are expanding across much of the continent, as are South Africa’s Standard Bank and FirstRand.

Still, the potential upside may remain just that for a while.

“The whole premise that Africa is growing and that countries will trade more with each other is true,” said Ronak Gadhia, a banking analyst at Exotix Partners LLP, a London-based investment bank focused on frontier markets. “But it’s not happening at the moment and it might not happen for at least another five or 10 years.”

Then there’s the slowdown in China, sub-Saharan Africa’s biggest trading partner, and capital flight as investors anticipate the first increase in US interest rates since 2006. Atlas Mara’s first-half results were dragged down by the weakening of Zambia’s kwacha and Mozambique’s metical, both among the world’s 10 worst-performing currencies against the dollar this year.

Sub-Saharan Africa’s growth rate will fall to 3.3% in 2015, the slowest this century and a “very grim figure for a region often touted as the ‘next China,’” John Ashbourne, an Africa economist at London-based Capital Economics Ltd., said in a research note on Sept. 7.

That means Atlas Mara probably overpaid for acquisitions, according to Auerbach’s Milojevic. It increased a stake in Nigeria’s Union Bank Plc, the country’s 11th biggest lender by assets, to 30% after buying an extra 21% for $250 million, about book value, last year. Union Bank’s stock, down 30% this year, now trades at less than half its book value.

Atlas has plowed about $575 million into Botswana’s BancABC, which has subsidiaries in Mozambique, Zambia and Zimbabwe, Rwanda’s BRD Commercial Bank Ltd. and Union Bank, according to Renaissance Capital Ltd. estimates.

The firm is in talks to buy Finance Bank Zambia Plc and is considering a stake in Mozambican lender Moza Banco SA, according to people with knowledge of the matter. It’s also planning a $50 million investment in Ghana’s Agricultural Development Bank, the country’s Citi FM radio station reported. The aim is to have a presence in between 10 and 15 countries from seven on the way to “a 100% integrated banking group with a single brand,” Vitalo said in a Sept. 3 interview in Dubai.

Atlas Mara has lagged other African banking groups, falling 53% to $4.98 in the past 12 months, while Ecobank’s shares are down 15% in dollar terms and FirstRand’s have slipped 1.5%.

All of which has fueled frustration among shareholders.

Diamond and his team were scolded on a conference call last month for not buying back stock even after Atlas Mara reported first half net income of $4.1 million.

“The more upbeat you guys get, the lower your stock price goes,” Leon Cooperman, chief executive officer of Omega Advisors Inc., a New York-based hedge fund, told them. “I have confidence in you. The market doesn’t.”

Vitalo said the share decline stems from the lack of information Atlas could provide when it started as a special- purpose acquisition company. More recently, Diamond, who owns 2.4% of Atlas, told Cooperman executives were barred from trading its shares, suggesting an acquisition was in the offing.

Investors have also complained about compensation levels at Atlas Mara.

“We’re paying for the best talent, but we’re not yet getting the results,” said Ayodele Salami, the chief investment officer of Duet Asset Management Ltd., which oversees about $200 million of African equities, including Atlas shares — which he received for his holdings in BancABC’s parent.

Atlas Mara executives earn no more than what they got in their previous jobs and are “absolutely not overpaid,” Vitalo said.

Vitalo was due to receive $1.53 million last year, according to Atlas Mara’s 2014 report. By comparison, Barclays’ Africa unit, which with $86 billion of assets is 34 times the size of Atlas, paid CEO Maria Ramos 28.57 million rand($2.07 million) last year.

Keeping investors on his side will be crucial for Diamond, given that he may have to raise more capital if Atlas Mara is to buy majority stakes in the region’s biggest economies such as Nigeria, Ghana and Kenya.

“They’ve got a heck of a long journey ahead of them,” Salami said.

Got to love John Vitalo – the green beret who had to have bodyguards at all times when in Absa Towers, not on the warzone streets of Johannesburg but in his employers head office…lol!!!