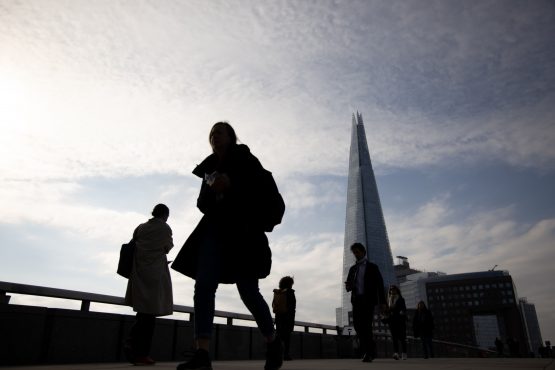 The pandemic has rolled back years of progress on gender parity for pay, making women wait a generation longer to earn the same as men.

That’s according to a report by the World Economic Forum, which found that at the current pace it will take 135 years for men and women to get the same paycheck for similar work. It echoes concerns raised by Bank of England policy maker Silvana Tenreyro about the impact of Covid-19 on women’s careers.

The proportion of women in skilled professions has continued to increase. Separate research by the jobs website LinkedIn found that women were less likely to be hired for leadership roles, reversing two years of progress.

One solution could be “skills-based hiring,” where recruiters focus on the potential candidates show rather than their direct work experience and formal qualifications. Measures like that are necessary in sectors like technology. Only 14% of people in cloud computing are female.

Women also are falling behind men in terms of political participation in the workforce in several large countries. Women hold only about a quarter of parliamentary seats and just over a fifth of ministerial positions worldwide. However, gender gaps in education and health have almost closed.

The WEF called on business leaders and policy makers to embed gender parity into their plans for the economic recovery from the pandemic.

Stop blaming Covid for everything. It is a lame excuse.

In most African and Arabic countries nothing changed, they have always practiced extremely paternalistic systems.

It is safe to say that women own 50% of pension funds. Pension funds are the owners of listed companies. Therefore, women own listed companies and have the power to appoint the board and the management team of that business. That brings us to the point. Why are women not allowed to appoint an individual of their choice in a senior management position of their business? Who has the moral or legal right to suggest that women should appoint more women when those women prefer to appoint a man at that moment? For men to force women to appoint women in senior positions is an infringement on the rights of women.

To suggest that women are inferior and unable to select the best people to look after their interests is disrespectful towards women.

As we have seen in South Africa, identity politics is the last hiding place of the scoundrel.

In western countries, at least, the alleged gender pay gap is a complete myth. For the same post, same hours, and the same level of occupational hazard, there is no difference. In many cases women actually earn more for the same job.

Why does equal pay in the workplace not translate to equal legal responsibility for income in marriage?

Are Bloomberg authors and MW editors still banging on the mythical gender pay-gap drum? The one that’s been debunked numerous times when the variables are sufficiently controlled in credible studies?