Expect a shake-up in the fund management industry

CAPE TOWN – It was back in 2011 that the Financial Services Board (FSB) first announced plans for a Retail Distribution Review (RDR) in South Africa. Since then, the focus has been very much on the implications for the financial advice industry.

That’s because RDR is primarily concerned with the conduct of intermediaries – financial advisers and brokers – and so it made sense to ask questions about how they would need to adapt.

However, what has not been discussed is that RDR will re-shape the entire market. If the way financial products are sold is going to change, that means that the whole value chain has to look very different.

This has certainly been the case in the UK, which introduced RDR at the end of 2012. David Ferguson, CEO of Edinburgh-based wrap platform Nucleus, says that how the process has unfolded has had a profound impact on asset managers.

“Now that advisers and platforms must be paid by customers and not by asset managers, the old business model is broken,” he says. “And asset managers are still trying to get their heads around what that means.”

Under RDR, distribution becomes a fundamentally different ballgame. That is what asset managers are facing, and in the UK very few saw it coming.

“Asset managers missed it,” Ferguson says. “We started with advisers, and then realised that a very important part of delivering outcomes was the platforms, but asset managers were left as the last man standing.”

What has happened in the UK is, primarily, a search for relevance. Asset managers have found their marketing power eroded and that has forced them to re-examine their value propositions.

This is particularly true in light of one of the primary aims of RDR, which is to bring down the overall cost of investing. That has seen a significant uptake in the use of passive products.

“Index funds are winning big time,” Ferguson says. “Before, there was no commission on index funds and so no way for advisers to be paid if they recommended them. But once that structure changed, index funds have begun to have their day. We had an extraordinary month in March this year when 85% of net flows went into passive products.”

The question is where that leaves active managers. Ferguson believes that while it is undoubtedly a challenge, it should also be seen as an opportunity for those who can deliver what active management should really be about anyway, which is delivering pure alpha.

Those active funds that are little more than variations on the index, are unlikely to survive a serious fee squeeze. But managers that offer a distinct stock-picking proposition have a chance to thrive.

“We think that the opportunity for active fund managers is to recognise that passive has a role and then build solutions that complement that rather than compete against it,” Ferguson says.

He argues that this trend will in fact shape the entire industry.

“We see a barbell-type market where core asset exposure will come through passive funds, whether those are straightforward index funds or smart beta, and at the other end you have seriously talented stock pickers charging high fees in return for something very valuable,” Ferguson says. “The middle ground is what will get squeezed. In the past they could buy distribution, but that is not doing to happen any more.”

He says that in this scenario, investors may actually become prepared to pay more for good active management.

“We mustn’t get too hung up on fee levels, because it should be more about value,” he says. “If you shoot the lights out every year, nobody has a problem with paying fees for that skill. The problem is where you are charging fees and not delivering.”

In South Africa, this may well create opportunities for two groups of managers.

The first is the quality boutiques that can distinguish themselves through stock-picking and building portfolios that look very different to the index. As they are more flexible and have a wider investment universe due to their size, they may well have a better chance at this than larger fund managers.

The second potential beneficiaries are retail hedge funds. Although none have yet come to market, the regulation allowing this to happen is in place, and if the top local hedge fund managers can properly communicate their value proposition, there appears to be a real opportunity for them to make themselves relevant.

The impact of RDR is also likely to make a big difference to the way the industry looks. Currently there are over 1 200 collective investment schemes available locally and the growth in this number over the last decade has been exponential.

The UK is a much bigger market, but it currently has over 8 000 funds. However Ferguson believes that there have to be casualties.

“The UK is an oversupplied market,” he says. “There is no way that will continue and there is definitely consolidation happening already. You can see it picking up pace quite quickly.”

The same thing is certain to happen here. If funds are unable to make themselves relevant they will either disappear, or get swallowed up by those that can.

Notable observation that once you change commission incentives, advisers promote passive flows. This is exactly why RDR is needed in SA.

Brought to you by Merchantec Capital

Preparation is the key to successfully selling your business

Mining exploration finally gets some love from regulators

US agency to support 2 500MW nuclear project in South Africa

Brought to you by Merchantec Capital

Preparation is the key to successfully selling your business

Mining exploration finally gets some love from regulators 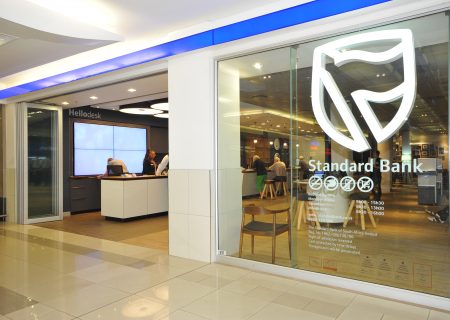