The benefits will flow to internet giants like Naspers and Uber, as well as small restaurateurs. 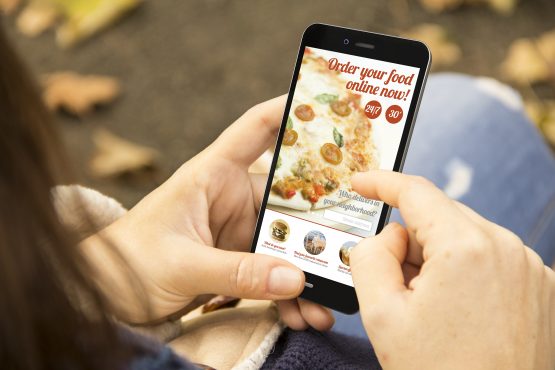 Across the globe people are ordering dinner to the Eiffel Tower, breakfast on Bondi Beach, lunch alongside the Tokyo Imperial Palace, and picnics to Emmarentia Dam. The explosion in app-based food ordering is still relatively new and while many people feel guilty about ordering in, it’s a trend that is not going away.

South Africa’s Naspers was quick to recognise this. The media giant caught the attention of the market with its unexpected sale in March of 2% of its holdings in Chinese internet giant Tencent, raising R115 billion in the process. This war chest will be used to shore up the balance sheet and invest in its ecommerce businesses, specifically global classifieds, online food delivery and fintech.

This is as management takes concrete steps to boost the profitability of its ecommerce business and narrow the discount between the market value of Naspers and its stake in Tencent.

While Naspers has been invested in the classified space for some years and is achieving a measure of scale in this area, it has seized on food delivery as the latest online platform with high-growth potential across the globe. Like everything else in the online world, size counts and Naspers is on a drive to increase its presence in this area.

Worldwide, in 2016, the market for food delivery stood at €83 billion, or 1% of the total food market and 4% of food sold through restaurants and fast-food chains, according to a research report from McKinsey.

In 2017 the company brought its stake in Delivery Hero up to 23.6%, investing a total of $1.2 billion and making Naspers the largest shareholder in the fast growing online ordering and delivery business. Naspers also has stakes in iFood in Brazil, Swiggy of India, Delivery Club of Russia – through its stake in Mail.Ru and Mr D Food in South Africa through its stake in Takealot. Collectively its portfolio of food delivery companies spans 39 countries around the world.

While these businesses are not yet profitable the company remains optimistic. “We have seen some fantastic returns when it comes to our investments in food businesses,” CFO Basil Sgourdos said at the interim results presentation in November. “Recently we have invested substantially in food delivery. We really do like the segment and we believe there is a fundamental growth opportunity.”

There are over 14 online and mobile order and app delivery services in South Africa. These extend from the likes of Mr D Food, UberEats and OrderIn, which deliver in the larger metros to niche service providers like Monks Chinese Food which delivers in Cape Town’s CBD and nearby suburbs.

“The online food delivery space is an extremely competitive market,” says head of Mr D Food Devin Sinclair. “From the market share information we have, Mr D Food and Uber Eats are by far the largest players in the South African market. However, we have the broadest geographic coverage of any online food delivery business in South Africa, delivering to over 1 900 suburbs around SA, including most major cities and towns. This allows us to reach the largest number of customers.”

What started out as an experiment within the Uber app has evolved into a global app that includes more than 40 unique cuisines from all corners of the globe.

“Increasingly, we believe delivery is a global trend because every day eating can be a hassle — not the meandering Sunday family dinner, or anniversary date with your partner, but Tuesday night dinner or your lunch rush,” says Samantha Allenberg, Uber spokesperson. “South Africans have truly embraced online food delivery, they are all about finding easy and reliable ways to discover the food they love at the push of a button.”

Since its launch in September 2016, Uber Eats has partnered with over 1 200 restaurants across Cape Town, Stellenbosch, Johannesburg, Durban and Pretoria.  According to App Annie, over 550 000 people have downloaded the app. “During our first year, our smallest order was for one Dolce Kiss, while our largest was for 39 cheeseburgers, 21 cokes, 22 cream sodas, 16 fried chicken burgers, 14 Stoney’s and three green salads,” adds Nic Robertson, general manager for Uber Eats Middle East and Africa. Popular orders include cheeseburgers, margarita pizzas, salmon fashion sandwiches, salmon California rolls and butter chicken.

For instance The Poké Bar in Cape Town started at home, and was able to move into formal premises following its success with the Uber Eats app.

“Jazzy’s Pizzas is a virtual restaurant business model to which we are contributing more than 80% of the restaurant’s revenue,” says Robertson.

Similarly, the owner of Lele’s African Cuisine, Hellen, wanted to bring local cuisine into the northern suburbs of Johannesburg. “She started by taking leave every Friday and cooking for customers on Uber Eats for three nights. She now has seven operating days on the app and two locations, and is looking to continue to expand through South Africa with us,” he adds.

Another advocate is restaurant chain Rocomamas. Founder Brian Altrich was cautious of Uber Eats at first, but after requests from eaters he decided to come on board. “We helped push their numbers to double digit growth, and that was during the off-peak season,” Robertson says.

As any ecommerce company will tell you, success comes with keeping customers happy. To ensure they offer speed, reliability and selection requires a sophisticated back end. These businesses are in essence technology businesses, which require considerable and ongoing investment.

“Our business is 100% online with over 95% of our orders being placed through our mobile apps,” says Sinclair. “Customers order food via the app, which sends the request straight to in-restaurant technology. The restaurant prepares the food, while cutting edge driver technology sends the closest available driver to the restaurant to collect the food and deliver it to the customer quicker than ever. Location-based geo-targeting and real-time order tracking make the system super-fast and effective.”

Technology alone will not bring success. “Ensuring we have enough drivers is crucial to our business and we achieve this using sophisticated forecasting tools and by leveraging synergies with Takealot to scale our driver network.”

As with many ecommerce businesses, profitability is a function of scale. While most are not currently profitable, they all believe that the necessary scale can be attained in SA.