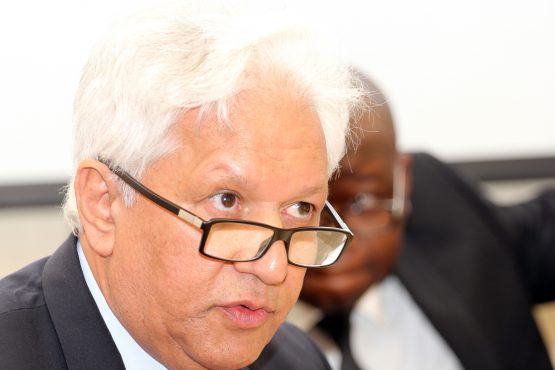 Nazir Alli, former CEO of the SA National Roads Agency (Sanral), also believes there is a risk of an escalation in the price of the bids with the increase in building costs. Image: Supplied

Former SA National Roads Agency (Sanral) CEO Nazir Alli has weighed in on the debacle around the agency cancelling R17.4 billion in adjudicated tenders in May, saying it is “very unlikely” Sanral will meet its four-month deadline to re-award the tenders.

In addition, the CEO of the SA Forum of Civil Engineering Contractors (Safcec) Webster Mfebe believes Sanral’s board was “ill-advised” in its move to bring on board the Development Bank of Southern Africa (DBSA) to assist in the process.

Sanral board chairperson Themba Mhambi announced last week that the roads agency had appointed the DBSA to act as its infrastructure procurement and delivery management support on the five strategic project tenders that were cancelled.

Sanral acting CEO Lehlohonolo Memeza said the anticipation is that the tender awards for these cancelled projects will be made in September this year.

“There is no way that projects of that magnitude can be re-advertised and awarded within that short space of time, given it takes that amount of time just to prepare for the tender. It’s not feasible,” Alli told Moneyweb in reaction to the move.

Meanwhile, Mfebe is surprised by the appointment of the DBSA as Sanral’s “go-to” entity with these cancelled tenders when the DBSA has in the past referred some of its projects to Sanral because of the road agency’s “technical know-how of implementing projects of this nature”.

“It’s quite an interesting situation and I’m very much interested to see how it’s going to pan out,” he said.

Alli, who is currently president of the World Road Association, has highlighted potential risks Sanral will face in awarding the tenders it cancelled.

He warned of the danger around a contractor which might have previously submitted a bid, or even a new contractor submitting a compliant bid that is slightly lower than the contractor who originally submitted the lowest bid, but which “may not have the full ability to be able to do a complex project”.

Alli agreed it may also be difficult to obtain competitive bids for these cancelled tenders if the scope remains the same because the bids and price submitted by the original bidders are known.

Mhambi confirmed to Moneyweb that the scope of the projects will not change, because it is based on the technical design.

What will change are the concerns raised by Sanral’s board, including that the percentage of work allocated to sub contractors will have to be in line with the board resolution, he said.

Alli indicated that he will be very surprised if South African contractors did not comply with the required sub contracting legislation.

“They have been in the business many many years and know what the requirements [are]. Rarely do you find a guy that doesn’t comply,” he said.

Responding to the issue of competitive bids, Mhambi said the previous bids are public knowledge but stressed “the bid goes beyond the price and how people have presented their response to the design”.

But Mfebe stressed Sanral cannot get a competitive and responsive bid within that short space of time and the short bidding time will prejudice both the previous bidders and new bidders.

“The new bidders shall have been prejudiced in terms of the short preparation time to respond to those bids, raise financial facilities, get partners on board and get the emerging contractors on board.

“Those who have already submitted their bids and… who had the lowest bids, if they lose, they will have been prejudiced by the process. I do not understand why they [Sanral] did not follow the advice of re-evaluation of the bids by another technical committee,” he said.

Master Builders South Africa (MBSA) executive director Roy Mnisi does not believe it will be a problem to get competitive bids for the cancelled tenders because those who are competent to undertake these types of projects have already submitted bids.

However, Mnisi also does not believe there will be any new bidders for these projects.

He said assuming a contractor has the skills to undertake a project, only five elements, for instance, go into building a bridge – sand, cement, stone, water and steel – and all contractors have access to all these elements.

Mhambi believes the new bids for these projects will not necessarily all be higher than the original bid price.

He said either an increase or decrease in the bids could be anticipated because it was a competitive bidding process and some contractors may have worked out ways to deliver the project more cost effectively and cheaper.

However, the Bureau for Economic Research (BER) reported last week that the annual growth in tender prices, as measured by the BER building cost index (BCI), rose in the second quarter of 2022 by more than 15%, the fastest pace in more than seven years.

BER senior economist Craig Lemboe said the growth in tender prices is expected to increase notably this year compared to 2020 and 2021 and the BER is forecasting it will exceed the growth in input cost inflation.

“If tender prices trend higher, as we forecast, it means the cost of building projects to the client will rise, markedly in some instances. This could jeopardise the viability or affordability of certain projects,” he said.

Read:
Government scraps plan to use fuel levy instead of e-tolls to pay for GFIP
Construction activity and confidence levels wane

Alli said an escalation in the price of the bids is a risk, unless some of the contractors who previously submitted bids were smart and tied their suppliers to a particular price, which will enable them to negotiate prices with their suppliers.

Mfebe said the new bids will definitely be higher because of changes in the steel price and the escalation in the price of construction materials caused by the impact of global supply chain issues.

He said a project that was going to cost R3.4 billion might now easily cost between R3.8 billion to R4 billion and this increased cost might constitute “wasteful expenditure” by Sanral.

Mnisi admitted the cost of materials have been increasing significantly, but stressed it is a competitive environment and some contractors could use their technical expertise to improve efficiencies and costs.

“I think Sanral will still have the opportunity to procure the goods at more or less the same price,” he said.

The board should be fired. They did not do proper oversight since their directive in 2020, and then cancelled the contracts on very short notice. What did the board do in two years?
Fire the board. Plain and simple.

Mhambi should be realistic and not condone the intentional abuse of the system. When the re-award process stretches out over months or even years, the delays not only drive up costs but also make it more difficult for Sanral to serve the constituency and fulfill its mission.

A meaningful percentage of the inefficiencies that bog down Sanral’s re-award process is entirely addressable—and can be fixed without affecting existing services or breaking the budget—because many of the changes are cultural and behavioral – https://www.gestaldt.com/insights/speeding-up-government-procurement