How a decade of drinking changed the future of booze

Six significant changes to the alcohol culture may have a stronger impact on what, and how, we drink.
Amanda Schuster, Bloomberg  /  27 December 2019 12:41 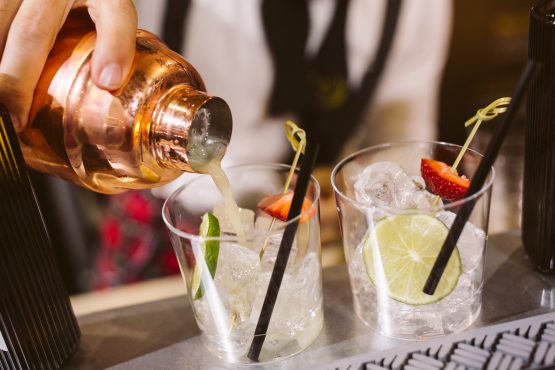 The past decade was defined by a range of new drinking habits and choices, ranging from craft spirits, low alcohol content and drinking for Instagram. Image: Shutterstock

Drink Baby Yoda cocktail, you will—but only for a little while longer, hopefully.

The 2010s saw many ill advised drinking trends, ones the average bar denizen will be happy to see the back of. Still, several are poised to influence the way we imbibe in the coming year and beyond. Over the last decade, radical shifts in collective taste, work habits, the way we consume information and even America’s hyper-polarised politics have driven our drinking style.

The 2020s will be no different. Indeed, six changes to alcohol culture may have a stronger impact on what, and how, we drink. Luckily, the Star Wars franchise isn’t one of them.

With the success of “handmade” and “artisanal” vodka, gin, rum and particularly whiskey, liquor conglomerates such as Proximo and Rémy Cointreau took the “if you can’t beat ‘em, invest in ‘em” strategy by purchasing majority stakes in small distilleries.

“The benefit of a strategic partnership allows us to scale up in a meaningful way,” said Kaveh Zamanian, founder of Louisville, Kentucky’s Rabbit Hole Distillery, which was purchased in 2019 by Pernod Ricard in a buying binge that also included Jefferson’s Bourbon in Kentucky, Smooth Ambler in West Virginia and Firestone & Robertson in Texas. But rather than selling out, Zamanian said he sees the investment as a recognition of the value of his creative vision and potential for product innovation.

Looking ahead: With US tariffs on European alcoholic products currently in place and more potentially coming, the next decade could be colossal for domestic spirits. Plus, the recent signing of a tax incentive bill included an extension of the Craft Beverage Modernization Tax Reform Act, which provides distillers savings of  $10.80 per gallon of the first 100 000 gallons produced.

As unseemly as celebrity partnerships can be to the more discerning, they do give niche spirits more attention. Another actor, Ryan Reynolds, acquired part ownership of Portland, Oregon’s Aviation Gin in 2017.

“Ryan is recruiting new fans to the gin category and to American gin in particular,” said Andrew Chrisomalis, CEO of Davos Brands, which owns Aviation.

Though not an owner, actor Matthew McConaughey was named creative director for Wild Turkey whiskey in 2016—presumably to help spread the word that bourbon is “alright, alright, alright” through TV spots, philanthropic efforts and Longbranch, a bourbon he co-created with Master Distiller Eddie Russell.

“The decision to partner with Matthew was born out of a desire to share our rich, storied history with a younger bourbon consumer,” said Julka Villa, managing director at Campari Group, which owns Wild Turkey.

Looking ahead: This year, Aaron Paul and Bryan Cranston co-founded Dos Hombres mezcal and Kate Hudson announced the launch of her gluten-free, non-GMO corn based vodka, King Street. Perhaps now mezcal will get the big, bad break it’s been poised to have for decades, and maybe more women celebrities will head up spirits brands.

Category leader Fever Tree from the UK was valued at $4.5 billion earlier this year, but there is rising competition from other mixer companies who came up through the decade.

“When we launched over 10 years ago, consumers in the know wanted to make great drinks and they began investing in premium spirits,” said Jordan Silbert, founder of Q Mixers in Brooklyn, New York. “It only made sense that mixing those better spirits with mixers of comparable quality and sophistication would make better drinks.”

Looking ahead: Even old school fizz companies like Schweppes have seen the need to launch premium mixer brand extensions to meet demand.

Low alcohol
The gig economy has no set working schedule—let alone traditional brunch days for day drinking—but no one wants to get too smashed on a Monday afternoon.

“Spritzes and low alcohol session cocktails are a way for people to enhance a moment without the punch of a high proof spirit,” said Lynn House, national spirits specialist and portfolio mixologist for Heaven Hill. She spearheaded the rebranding of the low ABV vermouth-like liqueur Dubonnet Rouge to jibe better with sophisticated palates in a less boozy cocktail culture.

Looking ahead: If 2019’s “Summer of Spritz” was any indication, fizzy and highball-type drinks made with a wide range of flavorful, low alcohol liqueurs aren’t going away any time soon, though tariffs might have an impact on the accessibility of imports.

Will high end drink venues avoid the rising costs of imported liqueurs in favor of hard seltzer? According to Nielsen, sales of hard seltzer, including, yes, White Claw, are up more than 208% in 2019.

Bitter America
The popularity of IPAs and hoppy beers in the late 1990s and early 2000s seems to have conditioned America’s palate for bitter flavours. Amor y Amargo, a bitters-focused cocktail bar in New York City, began as a temporary popup in 2011. Not only did it stay bitter due to popular demand, it opened a second location in post-hip Williamsburg, Brooklyn in 2019.

Looking ahead: “Years of watching people like Anthony Bourdain on TV has expanded American consumers’ palates and appreciation for different flavours,” said Nick Elozevic, co-owner of Diamond Dogs, a casual neighbourhood bar in Astoria, Queens. He said these days he has to purchase super-bitter products like Fernet Branca by the caseload.

Cats and lunch weren’t the only stars of the decade’s social media firehose. So were cocktails, especially those with over-the-top garnishes, bright hues and outrageous drinking vessels.

Liquor brands hired influencer cocktail stylists like Josue Romeo (@the_garnishguy) to post content or worked with consultants such as Alexandra Farrington, who said she was instructed to come up with eye-catching concepts no matter what the drink tasted like. Some bars now even have a budget for creative directors, like Tyler Zielinski of Lawrence Park in Hudson, New York.

Looking ahead: With constantly shifting algorithms and platforms such as Instagram experimenting with not posting “likes”, maybe we can all soon go back to sipping plain old glasses of wine—and not telling anyone about it.

Retail motor industry urges to be classified as an essential service

Ford to halt production in SA and India

Retail motor industry urges to be classified as an essential service

Ford to halt production in SA and India