How to drink your way around the new proposed wine tariffs

A list on lookalikes for wines already subject to tariffs and for Champagne, which may be affected next month.
Elin McCoy, Bloomberg  /  29 December 2019 00:30
5 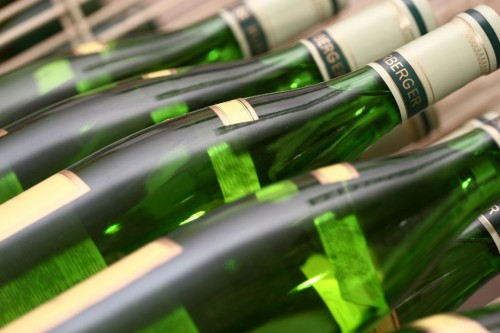 The US published an expanded list of proposed tariffs on all European wines of potentially up to 100% after imposing stiff tariffs on French, German, and Spanish wines in October. Image: Moneyweb

“We’re in shock and panic mode. It’s a nightmare.”

That’s what gloomy New York wine importers, retailers, and European producers had to say. Stiff tariffs on French, German, and Spanish wines went into effect in October, and on December 12, the Office of the US Trade Representative (USTR) upped the ante, publishing an expanded list of proposed tariffs on all European wines of potentially up to 100%. That came after France taxed US tech companies, and the USTR threatened 100% tariffs, specifically on Champagne. (And French cheese.)

For consumers, it’s all bad news, even if you’re not yet feeling price hikes. This tariff war will eventually make it more difficult and expensive to get the bottles you—and I—love. It’s a dire prospect for the year ahead.

Which is why I put together a list of New World alternatives below.

But first, here’s what you need to know.

On October 2, The World Trade Organisation allowed the US to impose $7.5 billion in tariffs on France, Germany, Spain, and the UK in the face of their subsidies for Boeing competitor Airbus. Two weeks later, the USTR’s 25% tariff on wine and single malt Scotch (and many other products) went into effect. Weirdly, it applies only to wines under 14% alcohol and not to large-format bottles, sparkling wines, and those from other EU countries such as Italy.

That’s bad enough, but the 100% tariff threat on all European wines has everyone really unglued. Jeff Zacharia of Westchester County-based retail Zachys just sent an email to customers urging them to write to the USTR before a decision is made next month.

Are the threats just a bluff? “Given the track record of this administration, the threat of 100% tariffs must be taken very seriously,” says Michael Quinttus, chief executive officer of Vintus.

If you haven’t noticed higher retail prices yet, that’s because, for some wines, retailers, importers, and producers actually shared the cost of the first go-round of tariffs. “We’ll hold prices through January, but we’re not sure what will happen after that,” says Chris Adams, CEO of Sherry-Lehmann, adding: “Buy French wine now, before the end of the year.”

Some producers air-freighted their wines to get them here before the October deadline, but wines already on ships en route to the US had to pay the 25% tax to clear customs when they arrived—in cash.

“We already see price increases from our distributors,” says Lorena Ascencios, head buyer for New York’s Astor Wines & Spirits. “Some Sancerres on our shelves are already up 25%. The situation is changing every day.”

Who will suffer? New York importer/distributor Harmon Skurnik of Skurnik Wines & Spirits points out that tariffs will be devastating financially to importers, distributors, retailers, and restaurants that offer European wines. It could also cripple the sale of European wine in the US. Small players might be out of business,

Consumers won’t just pay higher prices. Philippe Tapie of Haut Medoc Selections, a small Bordeaux negociant, says the tariffs will affect what wines are available to U.S. consumers; at 100%, many won’t be shipped at all.

As Spanish producer Victor Urrutia of CVNE puts it, “If wines are too expensive for what they are, they simply won’t be stocked.”

Right now, the world is clamouring for Burgundy, and America gets the best terms and discounts, explains Peter Wasserman of Burgundy-based export company Becky Wasserman & Co. “But that will change. Some allocations for the US will instead go to Hong Kong, Singapore, Mexico, Brazil, and Malaysia, who are willing to pay up front.”

So as prices rise, what can you buy?

However, one strategy to finding serious substitutes is to seek out New World wines made by European producers. Half a dozen Burgundy domaines, for example, now also make wine in Oregon.

Another is to embrace the reds and whites from undervalued South Africa. Ascencios points out, rightly, that they are more Old World in style and still inexpensive.

I’ve focused my list below on lookalikes for wines already subject to tariffs and for Champagne, which may be affected next month.

If you love Sancerre, for its flinty, herbal style of sauvignon blanc made in the Loire Valley, look to New Zealand.
Try 2017 Clos Henri Sauvignon Blanc ($22), made in New Zealand by Sancerre producer Henri Bourgeois.

If you love Vouvray, made from chenin blanc in the Loire Valley and noted for its vibrant mineral flavors, the best source is South Africa.
Try: 2018 Terre Brulee Chenin Blanc ($14) Expats from Vouvray make this rich, mineral chenin in South Africa’s Swartland region.

If you love dry German Riesling for its crispness and delicacy, look to New York’s Finger Lakes, Washington State, and Australia’s Clare Valley.
Try: 2017 Hermann J. Weimer Dry Riesling ($20), founded in the Finger Lakes by a native of Germany’s Mosel region, is light, bright, and refreshing in a classic Mosel style.
Or: 2017 Eroica Riesling from Washington ’s Columbia Valley ($20) From Washington State, this vibrant, citrusy wine is made by German winemaker Ernst Loosen and Chateau Ste. Michelle.

If you love white Burgundy, made from chardonnay in styles from savory and mineral to rich and powerful, look to cool California regions such as Sta. Rita Hills, the Santa Cruz Mountains, and the West Sonoma Coast.
Try: 2016 Sandhi Sanford and Benedict Chardonnay ($48) is rich and creamy, with bright notes of lemon curd—more like a premier cru Puligny-Montrachet.

If you love Beaujolais, the bright, juicy red made from the gamay grape, look to Oregon’s Willamette Valley and California’s El Dorado County.
Try: 2018 Bow & Arrow Gamay Noir ($23) Almost glug-able, this lively red brims with crunchy red fruit.
Or: 2017 Edmunds St. John Bone-Jolly Gamay Noir ($26) Grown on granite soils, as in parts of Beaujolais, this is a no-fuss, fresh, cherry-ish red with a mineral finish.

If you love Spanish Riojas, bargain reds with soft tannins and dried cherry and tobacco flavors from tempranillo grapes, look in southern Oregon, California, and Texas.
Try: 2016 Abecela Fiesta Tempranillo ($28) This silky soft example is from a southern Oregon producer that specializes in the grape.
Or: 2017 Enfield Wine Co. Pretty Horses Tempranillo ($32) has the kind of bright soft cherry and earth flavours of a young Rioja; the grapes are from the Sierra Foothills.

And what about Champagne? Remember that sparkling wines from California—where French Champagne houses long ago put down roots—are better than ever.
Try: NV Roederer Estate Brut ($24), the entry-level sparkler at Louis Roederer Champagne house’s Mendocino winery, is long, complex, and elegant for the price.
Or: 2016 Cruse Method Traditional Sparkling  ($52) is a bone-dry, citrusy sparkler, from a hot winemaker, that resembles a good grower Champagne.

Unfortunately I am not a big drinker so the sin tax don’t affect me that much.

Is this only for ‘Merica? How is this article applicable to us in SA?

It’s a Bloomberg article – it is perfect for a nice and quiet Sunday. Makes a nice change from gloomy articles about poor economic conditions, corruption etc.