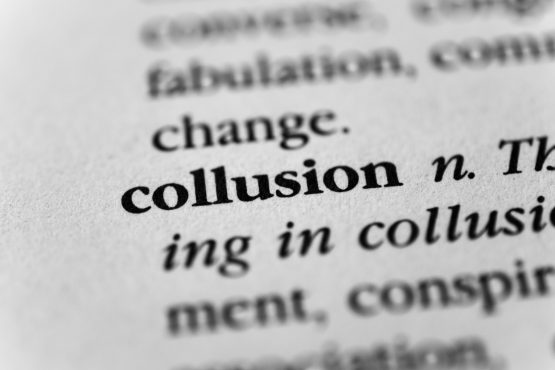 The Competition Tribunal has confirmed that a settlement agreement has been reached between SEI and the Competition Commission (CompCom).

Commission spokesperson Siyabulela Makunga said that among the 69 automotive component manufacturers it’s probing in this investigation, SEI is the first firm to settle with the CompCom. The firms are being investigated for allegedly colluding on 301 tenders in the automotive components market.

Details of collusive and anti-competitive practices in the automotive component manufacturing and supply industry could potentially undermine a planned National Association of Automobile Manufacturers of South Africa (Naamsa) initiative to convince the government to reduce the taxation on new vehicles to stimulate demand for new vehicles.

Naamsa CEO Mike Mabasa told Moneyweb last week the benefit of any reduction in taxation on new vehicles approved by the government will accrue to consumers in the form of cheaper vehicles to stimulate local demand for new vehicles.

Mabasa referred Moneyweb to the National Association of Automotive Component and Allied Manufacturers (Naacam) for comment.

However, Naacam executive Renai Moothilal does not believe the findings of the commission’s investigation will impact Naamsa’s planned request to government about the tax regime on new vehicles.

“If anything, it shows that there are regulations that are working. That should give the authorities confidence that any measures put in place to further grow the industry can be implemented responsibility,” he said.

Moothilal added that the automotive industry’s view is that the economic conditions brought about by Covid-19 have necessitated a relook at the tax regime in South Africa in regard to stimulating the local vehicle market.

“It’s really important that we find ways of bringing impetus into our domestic vehicles sales environment,” he said.

Moothilal said he is personally unaware of any individual member companies that are alleged to have been involved in any anti-competitive practices.

The Competition Commission launched its investigation when it initiated two complaints between December 2014 and February 2015 against SEI and Denso Corporation for allegedly fixing prices, dividing the market and collusive tendering in contravention of the Competition Act.

This investigation revealed that during 2003 SEI and Denso Corporation met and/or held telephone conversations to discuss and agree to set the prices in terms of which they would respond to the tender or request for quotation issued by Toyota regarding the standard body electrical control units (ECUs) for the 2009 Toyota Prius, 2010 Toyota Verso, 2010 Toyota Auris and 2011 Toyota Yaris.

The commission said the bidding process undertaken by the original equipment manufacturers (OEMs), such as Toyota and BMW, typically involved the issue of a request for quotation by the OEMs about three years prior to a vehicle’s production.

Before or during the bidding process, the companies responding to the request for quotation would then meet or exchange information.

Between August 2014 to March 2017, the commission initiated 310 complaints against 69 companies for their alleged participation in collusion on 92 components.

The investigation was prompted by information that automotive component manufacturers colluded when bidding for tenders to supply automotive components to the OEMs, such as Toyota, Honda, Nissan, Suzuki, Fuji (Subaru), Mitsubishi, Isuzu, Mazda, General Motors, BMW, Daimler and Volkswagen.

The large number of firms and components allegedly involved in the collusion resulted in the commission inviting the implicated firms to settle the cases against them.

Makunga said certain firms have taken up this settlement offer and are in the process of finalising settlements with the commission but others have elected not to settle.

“The firms that elected not to settle will be referred to the Competition Tribunal for prosecution,” he said.

The commission has previously secured settlement agreements with automotive component manufacturers related to its investigations into a global automotive cartel.

Toyoda Gosei, the Japanese manufacturer and supplier of car safety-system products, including airbags, agreed in 2018 to pay a penalty totalling R6.16million for price fixing, dividing markets and collusive tendering in the same investigation.

Kicking the industry while it’s down?

Schüssler said it’s all very well and good to fine companies that have done wrong, but South Africa is a small market and these companies “don’t have to be here”.

Econometrix chief economist Azar Jammine agreed the fine imposed on SEI is not huge but will possibly encourage other companies to settle while sending a message “without actually inflicting undue damage on the industry that right now is taking severe strain”.

“We don’t want to kill the industry completely. Automotive component manufacturers are smaller businesses that don’t have the same monopoly power as the OEMs, so this is hammering an area of manufacturing that can least afford it,” he said.

If we are going to make these fines too big, we are going to end up with not much of a car industry if we are not careful,” he said. Price fixers have special privileges!