Medical schemes in 2017: What’s on the horizon 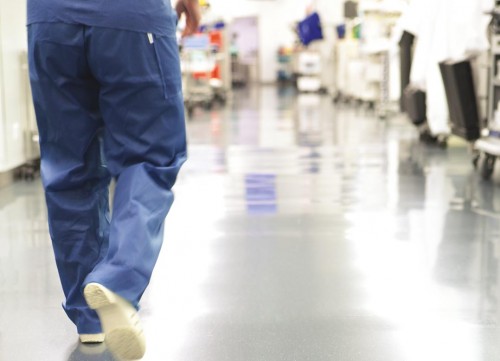 There are a number of exciting, and frustrating, developments in the medical scheme industry.

For members, schemes are trying to curb benefit-abusers and costs are on the rise. Interestingly, it seems member behaviour adds fuel to this fire.

For schemes, the Competition Commission’s (CompCom’s) Health Market Inquiry (HMI) could finally conclude in December, growth is stalling and a low-cost benefit option is back on the table.

Moneyweb spoke to a number of industry experts for their views and expectations.

According to Alexander Forbes’ health publication Diagnosis 2016/2017, average fee increases for the top nine open medical schemes are higher than in previous years, due to in-hospital benefits rising significantly.

(The public can join open schemes. Restricted schemes are administered for a company: staff, or a particular industry’s workers are eligible, says Discovery Health).

In 2015 the industry experienced the highest claims ratio since 2009, states Diagnosis.

“If claims exceed contributions, schemes can’t get loans or raise capital on the stock market and are forced to turn to members with higher fees,” adds Ann Streak, senior consultant at Alexander Forbes.

Apart from schemes, administrators and providers being cost efficient, she believes (able) members should help keep fees down, by not abusing benefits and taking responsibility for their health – not relying solely on medicine and doctors.

There’s also been an influx of medical insurance products, offering emergency and hospitalisation cover.  Although cheaper, Streak says many people don’t understand that these aren’t medical aids and may be highly inadequate.

Many younger, healthy people don’t see the need to join a scheme. “Those not studying are low-income earners and affordability is an issue,” says Elsabé Conradie, Council for Medical Schemes GM of stakeholder relations. “They are relatively low risk and will help improve risk pools and the overall growth of medical schemes.”

Therefore she believes students/beneficiaries between 18 and 25 shouldn’t be treated as adult dependents, but still somehow need to remain in the system.

In its 2015-2016 annual report, the CMS states that in both open and restricted schemes the pensioner ratio rose, as did the average age of medical scheme beneficiaries. See below:

Average age of beneficiaries and pensioner ratio 2013 to 2015 “Lots of people are joining (or adding spouses to a scheme) over the age of 40, when it becomes expensive to treat and there’s not enough cross-subsidisation from young people,” Streak says.

Streak says there’s been a definite switch over the years away from comprehensive plans, down to the middle-of-the-range and saver plans.

Streak adds that these buy downs affect a scheme’s pricing, as younger, healthier members on comprehensive plans are meant to be cross-subsidising pensioners’ expenses.

In its September 2014 paper Drivers of change PwC says: “The majority of open scheme respondents have indicated that buy-down of cover due to financial pressures on members over the past five years has resulted in significant changes in benefit options.”

There are limited cost-cutting options for schemes. “It can change its benefits, push up prices and introduce other things like managed care,” says Streak.

So this year benefits were extended more to those who need them, rather than those abusing them (seeing limits as “targets”).

She says schemes are looking to channel members toward the most cost-effective route, where better prices have been negotiated with providers. For example, some providers will have co-payments, whereas others are 100% paid for by the scheme.

“[Schemes are] starting to get into quality of care outcomes-based medicine, and prices associated with that,” she adds.

The CMS is working on a proposal to review prescribed minimum benefits (PMBs)– which all medical schemes must cover in full, regardless of a member’s plan, without deducting from savings.

In 2015, the CMS approved a framework allowing for low-cost benefit options, which wouldn’t have to cover PMBs. It was to be introduced from January 2016, but was withdrawn.

The IRR, in its December 2016 @Liberty publication, says low-cost medical schemes could have extended membership to about 15 million more people, costing R180 to R240 a month on average for adults earning below the personal income tax threshold.

Alexander Forbes says the CMS is again reviewing the framework; draft regulations are expected to be drawn up based on the final proposed package, between October 2017 and March 2018.

The CompCom’s (delayed) draft report on private healthcare is now expected on December 15 2017.
Bhana doesn’t believe the inquiry will result in significant fines for schemes. However, he hopes for a roadmap on dealing with high-cost contributors. “We don’t have regulatory tariffs… so providers can charger whatever they want to, without anyone knowing whether it’s reasonable or the going rate.”

In December 2016 the Department of Health and National Treasury published final demarcation regulations, allowing gap cover policies and hospital cash plans to continue under the Long-term and Short-term Insurance Acts, and defining the roles of medical schemes and insurance products.

Streak says often in the past, gap cover companies paid a greater portion of a member’s bill than medical schemes did, and as such took strain “because in-hospital claims went through the roof.”

In a note to clients, Admed says shortfall benefits will be capped at R150 000 per insured person per year, in line with the new demarcation regulations.

Eliason cautions that severely-curtailed medical insurance benefits – owing to demarcation – will prevent people from being able to use them as they have before, forcing more people onto medical aids, where affordability is a real issue.

The regulations are expected to be effective from April 1 2017.

In a February 2016 Life Healthcare report, Intellidex’s Phibion Makuwerere said: “Less than 20% of the population is on a medical aid scheme… in the context of the stifled SA economy and high unemployment rate, the market may well have reached maturity.

However, if low-income medical aid is allowed, without PMBs, it could open the way for innovation and growth, says Streak.

Maybe older people should pay more? Young people are struggling with student loans, house loans, kids costs, whilst older people have paid off houses and high income due to having lots of experience.

Absolutely nonsense – throughout my working life the younger generation supposedly supported the older generation with medical costs through higher premiums. Now as older people we pay the same premium increases as the youngsters and get similar benefits. The youngsters can work overtime and or get additional employment whereas the older retired folk are in many cases not capable of getting an additional income stream. When you retire you will see that medical aids perform a prostrate examination on you at every opportunity

When those older people were younger many of them did not have student loans. Tertiary education was seen as a privilege, not a right. We entered the world of work aged 17 or 18 and worked our way up. Sometimes our employers sponsored some studies for those who could cope with full-time jobs and studies.

We also struggled with home loans – at much higher interest rates than nowadays. In 1998, and, I think, also somewhere in the 1980s, mortgage rates went up to 24%. Some people would have been hit by both of those very high interest rate cycles. Much of the time rates were in the 14% to 16% range. The rates over the last few years, even though they have gone up, are comparatively low.

And, no, older people may have earned highER salaries due to experience, by that doesn’t mean that the salaries were high since we were not all highly qualified.

The biggest difference between then and now is, I suspect, the cars that we bought. We bought second hand cars and kept them for many years. We didn’t saddle ourselves with large repayments for new cars.

And, now you want us to pay more for our medical aids in order to subsidise you so that you can spend as though there were no tomorrow. Many of us have not had Comprehensive medical plans since the early 90s when those ceased to be the norm.

Older people cost medical aids a lot more money, so no, younger people are not asking for a subsidy, they are simply asking for fairness.

MoneyChief Many of the older folks like me have been paying into medical aids for 40 years plus with a low claims history. So what if our expenses at some point increase. We’ve paid our dues unlike the many younger people who don’t want to contribute until they need to claim.