Insurance industry under more pressure to give consumers access to its vehicle salvage database.
By Roy Cokayne 20 May 2022  00:05 Motor body repairers find themselves having to act as trauma counsellors when they discover these problems and have to break the news to the consumer. Image: Moneyweb

The SA Motor Body Repairers’ Association (Sambra) is intensifying its campaign to get the insurance industry to give the public access to the vehicle salvage database (VSD), to prevent consumers from unknowingly buying written-off vehicles – at inflated prices.

Sambra national director Richard Green said on Thursday the biggest problem it has faced over the past 10 to 12 years is that the information required to empower consumers to not make a poor purchasing decision has been available but has not been made available to the public.

“If, as a consumer, I am precluded from empowering myself with that information, then there is something wrong with the system,” he told a Sambra Vehicle Write-Off Conference.

The board of the SA Insurance Association (Saia) in March this year reached an “in principle agreement” to publish a version of the VSD related to the status of previously insured motor vehicles that had been involved in serious accidents.

Saia said at this point, the agreement is to allow only a portion of the database to be made available to the public – to allow consumers the opportunity to make an informed decision when buying previously repaired salvage vehicles – but stressed that the system will not provide for large volumes or bulk enquiries by corporate third parties.

Green said although Saia had taken an in-principle decision to allow consumers access to this information, it has not yet taken a decision on the date from which the public will be able to access the database.

Consumers left ‘none the wiser’

He said insurers practically deem a vehicle uneconomical to repair using whatever process they like and will have a contract with salvage yards SMD and AutoNation, which will auction these vehicles online or face to face.

“These are vehicles that are seriously damaged but in 90% of the cases, these vehicles remain Code 2, which is a normal used car.

“There is no indication that it is a Code 3 on the back of it being previously written off so anybody buying that vehicle thereafter, after it has been repaired, is none the wiser.

“This is a very serious safety issue and by hook or by crook we have to ensure that we allow consumers to protect themselves against these things,” said Green.

He said Sambra had conducted an investigation over the past two years into these written-off vehicles.

“It’s horrific what is happening out there. People are completely and utterly unscrupulous about the way they are ‘repairing’ these vehicles so we cannot trust that part of the system in any way,” he said.

Viljoen cited examples of previously written-off vehicles that had been “repaired” and returned to the road where:

“With all 16 investigations, there are 16 legal cases happening and that is what will happen in the future and there will be accountability going forward,” he said.

Automobile Association (AA) spokesperson Layton Beard said there are an average of between 13 000 and 13 500 deaths on South Africa’s roads each year, which costs the economy R200 billion a year.

“We test the safety ratings of vehicles on South Africa’s roads but if vehicles aren’t being repaired properly, it defeats the point,” he said.

Ferose Oaten, chair of the Vehicle Testing Association, said there needs to be engagement with the Road Traffic Management Corporation (RTMC) about the right of consumers to information on vehicles.

Oaten made a number of other recommendations to address the problem, including:

Sambra national chair Charles Canning said motor body repairers are not trauma counsellors but are expected to do this because they discover these problems and have to break this news to poor consumers who have just made the second biggest investment in their life after their house.

“The consumer has the right to know. That is the message that Sambra, through this conference, needs to get across to the industry – the insurers, finance houses and OEMs [original equipment manufacturers].

“We are the informed people in the industry. We know about this. But the motoring public out there is uninformed and we have a moral ethical obligation to allow them to know what happened to that vehicle before they buy it,” he said. 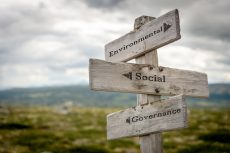