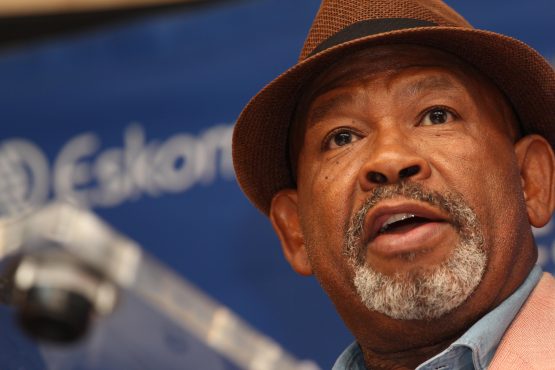 The newly-appointed Eskom board chairman Jabu Mabuza and interim CEO Phakamani Hadebe were full of confidence on Tuesday that the utility will find the R10 billion Eskom needs to pay its creditors by February 1.

It needs another R10 billion on February 26.

Hadebe admitted that the money is “not in the bank”, but said the utility has reached an agreement in principle with funders that the funds will be available.

He said engagement has begun and “we are confident we’ll have R20 billion in our account”.

This comes after the new leadership under the chairmanship of Telkom’s Mabuza met with Eskom’s four biggest funders shortly after they were appointed on January 21, only to hear the taps had been closed pending improvement in governance at Eskom.

Since then, Eskom got rid of some senior executives implicated in wrongdoing, including former CFO Anoj Singh and published its long overdue interim results.

The appointment of a permanent Eskom CEO has been prioritised.

On the basis of these steps, the new Eskom leadership is confident it will get the necessary funding in the short term.

Hadebe however admitted that Eskom’s gearing is too high at 72% and said Eskom couldn’t reach sustainability through borrowing. Gearing should be around 45% to 50%, he said.

Eskom’s capital structure is inadequate and some of the debt should be converted to equity, he said. Eskom could discuss that with entities like the Industrial Development Corporation (IDC) and the Public Investment Corporation (PIC), Hedebe said. He however cautioned that these are “still only ideas” and capital restructuring cannot be done in two or three months.

Hadebe said the new leadership will look into private sector participation in Eskom, but Mabuza cautioned against over-reaction to terms like privatisation.

Eskom interim CFO Calib Cassim said the auditors gave Eskom an unqualified review for its interim results, with emphasis of matter regarding its status as a going concern.

He said the auditors were not convinced that Eskom would be able to meet its obligations as they fall due in the next twelve months after being granted only a 5.23% tariff increase by Nersa.

They nevertheless refrained from qualifying the results on the basis of support from government and a plan to address current Eskom challenges. They were not convinced that Eskom is “completely out of the woods” bearing in mind its R367 billion debt and therefore raised the emphasis of matter, Cassim said.

He said the new Eskom board and executives now have to deliver on the plan. He believes that Eskom is getting the irregular expenditure that caused last year’s qualified audit under control. Cassim said the mere 2.2% tariff increase energy regulator Nersa granted Eskom in the current year has led to a 30% reduction in cash from operating activities, which leaves it without enough money to pay its increasing finance cost.

Eskom traditionally does better in the first half of the year. Cassim said Eskom hopes to break even in the full year, “but it won’t be easy” with decreasing sales volumes and all Eskom’s other challenges, he said.

Hadebe said Eskom’s cost of doing business is way too high, but it is too early to talk about retrenchments.

Mabuza said Eskom would improve its relationship with Nersa as low tariffs are a part of Eskom’s problem. “It is not correct to have an acrimonious relationship with the regulator. It need not be a sweetheart relationship, but one has to be able to communicate,” he said.

Hadebe confirmed that Eskom is still waiting to get Nersa’s record of decision relating to the 5.32% tariff increase and said if the utility thinks it has sufficient grounds, it would consider taking the decision on review.

To continue to throw billions after the problem at Eskom will not solve the problems of this SOE.
Nersa should also not allow an increase in the Eskom tariffs until such time as the following has not been properly implemented:
a) done away with over-expenditure, wasteful expenditure, expansion plans; and
b) achieved business right-sizing, stringent financial discipline, suspension of management bonuses for at least one year, moratorium on acquisition of new company cars for at least one year, moth-balling surplus capacity facilities, and substantial increase in electricity sales to neighboring countries.
One need to first clean house properly before one can demand an increase in pocket money. The tax payers say NO!

Agree France and, to me, absolutely sensible – a good start. The practical problem I suspect is that entities like NERSA and Eskom have been so stripped of honest expertise that no one really knows what is going on and no one is going to stand up – look at what happens to whistle blowers. Rather ride that gravy train; SA style; into the ground.

Really I think open bids (no BEE etc etc) for Eskom’s broken up assets should be taken and seek open bids for electricity. Privatise the whole caboodle.

The financial institutions will uphold their moratorium of not lending money to ESKOM while corruptness are still the order of the day and people like Koko are still there.

and now Molefe is appealing his pension payback ruling…

Just research how the staffing numbers – and salaries have grown over the past 10 years.
Reduce both by 50 % and this will be real progress.

And electricity output has not increased

The devil in the detail of Eskom’s interim results

Eskom zones in on corporate governance in turnaround bid

Another executive resigns at Eskom

Eskom’s Eurobond up as new board appointed

The devil in the detail of Eskom’s interim results

Eskom zones in on corporate governance in turnaround bid

Another executive resigns at Eskom

Eskom’s Eurobond up as new board appointed