New path being forged for business rescue in South Africa 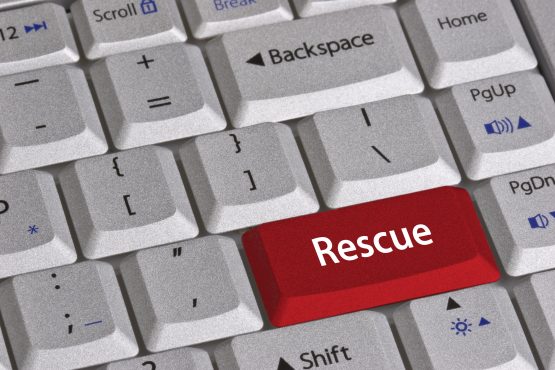 Creditors voted overwhelmingly in favour of the plan, indicating that having an independent chair adds value and provides credibility to the process. Image: Shutterstock

Haroon Laher of law firm Fasken, who is the independent chairperson of Group Five’s committee of creditors in the company’s business rescue process, is helping to forge a new path for business rescues in South Africa.

Laher is the first independent chairperson of a committee of creditors of a company in business rescue in South Africa and is extremely passionate about maturing and growing the business rescue regime in the country.

“That is where we need to make the difference and create a process filled with integrity and transparency so creditors can see this is not just a glorified liquidation. Otherwise, business rescue is going to be doomed,” he said.

Read: Business rescue or liquidation – when to choose which

Laher said his appointment as the independent chairperson of the creditor’s committee in Group Five’s business rescue was almost like a “test case” because creditors engaged with only a single objective: how many cents in the rand will they receive from the process.

Laher stressed this cannot be the only objective of a business rescue or the only criterion to assess its success or failure.

He said the independent chairperson’s role is to consider the business rescue in its entirety, including the interests of all stakeholders and all issues, and balance them to come up with the best and most efficient outcome.

With Group Five, for example, did they simply cancel the contracts or retain them, he asked.

Or do they tell the secured creditors this is the end of Group Five and they end up losing millions and millions of rand with further performance bond guarantees at Lombards [Lombard Insurance] being called up or do they continue with the contracts and minimise that risk and loss?

Laher said answering these questions involved an important balancing of a right and interest because if they did not continue with these contracts, the “hole” will have got deeper and deeper, Lombards will have been swallowed and some of the banks will have taken big hits.

“I have no doubt that if the creditors had all been single-minded and stood on their own and not been taken into this process with an independent person who looks at things holistically, creditors would have been up in arms,” he said.

Laher admits it took time to tell creditors there is a bigger picture in this business rescue.

Business rescue practitioners (BRPs) are obliged in terms of the Companies Act to obtain an independent liquidation calculation.

Creditors in Group Five in September voted overwhelmingly in favour of the business rescue plan drawn up by BRPs Peter van den Steen and Dave Lake of Metis Strategic Advisors for the listed entity and Group Five Construction, its main operating subsidiary.

In terms of that plan, Group Five’s listing on the JSE will be terminated and the company wound up but between 3 000 and 3 500 jobs will be saved through the restructuring and sale of businesses and contracts to new owners.

Van den Steen and Lake believe the shortfall or losses to creditors from the business rescue processes will be R5 billion less than under a liquidation.

Secured creditors, on the successful implementation of the plan, are expected to receive distributions of between 66 cents and 78 cents in the rand compared to 18 cents forecast in a liquidation.

Concurrent creditors (people and entities with unsecured claims) are expected to receive distributions of between nine and 20 cents in the rand compared to the 3.4 cents forecast in a liquidation.

It is not anticipated there will be any return to shareholders in Group Five Limited.

Laher said liquidation had been allowed to become so entrenched in the restructuring regime in South Africa and the pledge and cession that secured creditors had to make to enable Group Five to get the “oxygen” it needed from third party funders was not possible in a liquidation.

He said the single most important difficulty he faced as independent chairperson was establishing the rules of engagement and of the creditors committee because the BRPs were concerned about the wideness of these rules and that he was encroaching on their domain.

Laher stressed that as independent chairperson there is a need for him to report to court in the interests of all stakeholders if there is a tussle or battle involving the BRPs.

“Once we engaged and once I explained it to them, it was inserted in my rules,” he said.

The BRPs admitted that Group Five’s rescue process has been one of the most complex in South Africa, with a wide range of stakeholders.

Van den Steen and Lake said having an independent chairperson of the creditors committee provided valuable input and allowed them to engage more meaningfully with the committee to understand creditors’ concerns.

“The fact that creditors voted so overwhelmingly in favour of the plan indicated the process of an independent chair added value and provided credibility to the process.

“Although this was not a legal requirement, we believe it was in the best interest of creditors as it allowed them to carefully consider all the different avenues open to the group under the guidance of an experienced and independent professional.

“This also allowed them to direct some tough questions to the BRPs and to feel more empowered to work with us to ensure the best outcome,” they said.

Laher admits personal satisfaction that the objectives of Group Five’s business rescue have been achieved despite his belief that the business rescue section in the Companies Act requires legislative reform.

He said the landlord/tenant situation is a big issue because you cannot have a business rescue of a tenant where the landlord has the overarching right to cancel the lease on the commencement of the rescue.

Laher said landlords must be brought to the party in a business rescue, as they were with the financial difficulties experienced by the Edcon Group.

He said most jurisdictions in the world had a cramdown provision in situations where a powerful creditor has a major vote, possibly a controlling vote of 25% because a 75% vote in support of a plan was required.

“If a creditor has a 26% vote, should they have the power in a business rescue to refuse to accept a plan until their dictate is met? You should be able to cram that creditor down to a lesser vote if they are acting unreasonably,” he maintains.

Other major deficiencies in business rescues, he said, are that every dispute is going to a quick arbitration, which means the development of the law through the courts is not happening, and there is too much uncertainty about the treatment of post-commencement finance.

“We have a lovely section at the beginning of the Companies Act that says the Judge President of each court should allocate a judge dedicated to business rescue,” said Laher. “Please find me the first one that has been so allocated. So we don’t have a set of rules just for rescue or turnarounds.”

The Business Rescue industry remains in its infancy but practitioners like those mentioned here, also those unnamed behind the scenes, continued to forge ahead with great strides.

This addition of a independant chair, creates the necessary further independance that gives the liquidator-turned-BRP wolves, the much needed bloody nose, to ensure the intention of Chapter 6 is met.