There is a reason companies have had difficulty implementing it.
Bryden Morton and Chris Blair  /  22 January 2020 11:00
8 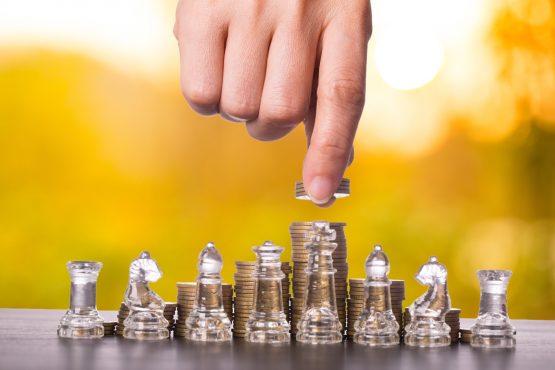 The Equal Pay for Work of Equal Value legislation that came into effect in 2015 needs to do more to define equitable pay and the consequences of contravening it. Image: Shutterstock

The issue of equal pay for work of equal value is of particular interest in South Africa as the country’s history has been dominated by social inequality.

The Equal Pay for Work of Equal Value legislation that came into effect in 2015 sought to eliminate unjustifiable pay discrimination within organisations.

Read: How to comply with equal pay for work of equal value?

The goal is noble, but the legislation suffered from a number of issues that limit its ability to be effective.

Two prominent examples of this are:

This non-binding vote has led to increased shareholder activism, particularly from institutional investors, as a ‘No’ vote of more than 25% for either the policy or its implementation requires the organisation to meet with those shareholders who voted against it to determine why they did so and what changes should be made to make it more acceptable to shareholders.

Read: Is variable pay guilty of inflating the wage gap?

Changes to the Employment Equity EEA4 form that came into effect on August 8 last year require reporting and detailing the following:

The changes listed above may seem fairly straightforward, but they lay the foundation for a significantly more powerful outcome.

These figures listed in isolation do not provide a whole lot of information to the reader as they lack context. However, consolidating the information received from these forms creates the opportunity to create equal pay benchmarks. These benchmarks should be calculated for each sector to allow for differences in organisational structure across industries.

Once these benchmarks have been calculated the appropriate rules and tolerance intervals can be put in place to govern what constitutes a contravention of employment equity.

These statements and considerations may seem logical but given that Equal Pay for Work of Equal Value is a sensitive topic, companies have had difficulty implementing it effectively.

Read: The ABCs of remuneration terminology

The implementation of this legislation has suffered from a lack of benchmarks to clearly indicate what is and isn’t acceptable, hence leaving a lot of room for interpretation.

When room for interpretation exists, this more often than not becomes a loophole that allows organisations to justify instances of inequality rather than addressing them directly.

In light of these considerations, how should the legislation be improved to provide organisations with more accountability in terms of employment equity and, more specifically, remuneration equity?

In the absence of these basic criteria, any attempts to promote equitable pay using legislation will fail as what defines equitable pay and the consequences of contravening it are not present.

This does not mean that the Equal Pay for Work of Equal Value legislation in its current form is a failure, but rather a stepping stone in the right direction.

Effective utilisation of the information collected via the EEA4 forms has the potential to provide the required benchmarks that will determine what is and isn’t acceptable within each sector.

This will provide clarity for companies to craft implementation plans and make the legislation more enforceable than it is in its current state.

Assuming that this information is utilised effectively, 2020 may be the year in which South African remuneration legislation receives some much needed ‘teeth’ which has been missing in previous years when trying to implement this legislation.

Bryden Morton is an executive director and Chris Blair is CEO of 21st Century.

Govt’s excessive interference with the private sector, is the economic result that we have in SA after a few decades of socialist-leaning ANC-rule.

Just more ideologics that this (steadily failing) country does not need.

Socialists typically write laws to try (artificially) counter-act unintended consequences, coming from failed past regulation. Try to fix something with a new law, and so it goes. Socialists try to achieve the best benefit for all, but economic reality it ends that everyone earns the same…on the lowest possible scale. Everyone is equally poor.

(Why is is so damn hard for Govt to strive for a truly free market! So that everyone gets uplifted)

And what about the 40% UNEMPLOYED in SA?
For them to participate and ultimately benefit from such a scheme, you first have to have a job!

With the ANC’s socialist stance, fast-forward say another decade, whatever payroll/labour laws there will be may likely only apply to the working 10% of population…

…..and precisely what input methodology is going to be used to measure the pay gap?

Hmmm…maybe I should think more like a communist(?)
Then I would say a Merc AMG should cost the same as a Datsun Go! Surely, both achieve the same end result of getting from A to B. Why would one need to PAY MORE for PERFORMANCE or safety?

Unintended consequences indeed! People do exactly what is expected of them. If you keep telling business they are bad and dont pay well enough and must be more equal and try and make rules everywhere to stop all the perceived bad behaviour, What happens – business /people who run them become “bad” and spend all their time breaking the rules or trying to find a way around them.

Strangely enough the moment one starts treating others like adults with the the subtext – I think you are good and want to help and grow the employment/country/work together etc. Guess what happens business people will – they have more time to grow and be positive

The unintended consequence of this will be the firing of low paid workers and more automation.

Or if my company is doing very well, with a lot of high paid skilled employees, and I decide to hire a lot of low paid unskilled workers all of a sudden, then everyone else must take a pay cut? Not on your nelly!

Too many government leeches with nothing better to do than engage in social engineering and writing stupid laws.

Go get a real job.

Bring on the machines. Let the unemployable enjoy their SASSA money for … about 48 hours

These types of articles are absolutely stupid – they focus on equal pay and narrowing wage gaps, how about looking at job content, outputs of the job and skill sets to achieve a predetermined proficiency level normally 95 index. It would be worthwhile if these authors read through Peromnes grading and or the Paterson Grading System (written by a Rhodesian (today Zimbabwe). In every instance that our company tried to institute these measures the trade unions objected to them – they don’t like anything which is performance related

Government now wants to instruct business on who to employ and how much they must be paid. Obviously this will be a disaster and employment levels will decline