But, footprint of privately-held upstart is nearly double the size of the two, combined.
By Hilton Tarrant 29 Apr 2016  00:07 The speed of its turnaround is not the only striking achievement by Pick n Pay over the past three years (although it’s by far the largest and most important). South Africa’s second-largest supermarket group has caught up in the convenience store game very quickly indeed.

Woolworths pioneered the franchise model of tying-up with fuel retailers to offer a dramatically slimmed down range of convenience items (mostly food) at Engen forecourts around the country (primarily in Gauteng, Western Cape and KwaZulu-Natal). But, after a fairly aggressive roll-out, its Food Stop store numbers flat-lined from late 2012 until late 2014. Even after growth resumed, the pace has been far more measured, with the retailer adding just 12 stores in the last 18 months.

What is interesting is that Woolies saw 79 Engen sites being live by June this year and 91 by June next year, as recently as February last year. It’s pared back these projections, with a downward adjustment in August following its June 2015 results as well.

Pick n Pay took its time to evaluate the format and to figure out an operational model that made sense for the business. Remember, it has a logistics and fulfillment function that’s designed to stock medium-to-large (and sometime very large) supermarkets. In 2008, it signed a memorandum of understanding with BP and tested the model at two stores in the Cape (Hout Bay and Tokai). It piloted the concept for close to four years before committing to a full roll-out in April 2012. (This speaks to how Pick n Pay does business, and its planned entry into Nigeria, announced this week, will be similarly cautious.)

The initial plan sees 120 stores (in effect conversions from BP Express) by mid-2017, and Pick n Pay has kicked into gear in the past 24 months. It has effectively doubled its convenience store footprint twice in that period, from 21 in February 2014 (technically March 2) to 46 in February last year (technically March 1) to 80 this year (February 28).

Pick n Pay’s Express stores offer a limited amount of fresh food, and are more focused on groceries and daily essentials. Woolworths Food Stops are largely the opposite, with a far more dominant fresh and convenience food selection, and a limited grocery one.

Aside from the partnership with BP (franchise model), Pick n Pay is also establishing its own (company-owned) footprint of convenience stores under the “Local” brand. At the end of February, it had 17 Local outlets. It points out that the “convenience channel in South Africa [overall] has grown between 15%-20% each year over the past six years”.

Spar, in a tie-up with Shell, has been even more cautious moving into the 24-hour forecourt space, given that it already operates smaller-format stores (KwikSpar) focused squarely on convenience. It announced a trial with the fuel retailer in August 2013, and by the end of September 2015 it had opened three Express stores. This was a departure from what then-chief executive Wayne Hook told me in 2010 was “not something that we believe is in our long-term best interests”. Spar and Shell are partners in certain markets globally, including Germany and Austria. In its 2015 annual report, Spar says “the convenience format is a high-return business and we are committed to achieving the requisite scale to realise its value potential”. But it’s privately-held Food Lovers’ Market has stolen a march on its rivals, with the roll-out of Fresh Stop stores at Caltex garages around the country. It announced the alliance in 2009 and since then has grown its footprint aggressively (including the conversion of practically all Star Mart shops). Back then it planned for 150 stores within three years, and met that goal. Today, it has 222 Fresh Stops around the country, and by end-February (PnP’s last publically disclosed figure), it had 219 – heading for double Woolworths’ and Pick n Pay’s footprints combined (147)!

Food Lovers’ has disclosed that Fresh Stops generate about 50% more sales than the Star Mart stores being replaced. After three years, owners would see compound growth of 25% in retail sales and 10% in fuel volume.

Food Lovers’ has said it sees potential for 350 stores in the country.

This leaves just Total and Sasol without any real fresh convenience offering. Total successfully piloted a Thrupps convenience concept with franchisor Famous Brands, and the latter last year announced a further roll-out of the model. It sees potential to open at least 50 stores at Total sites.

And so, to Sasol, and Shoprite Holdings which has previously admitted it’s looked at the space.

In February 2013, chief executive Whitey Basson told me “there’s been good work done for garage stores, and virtually every good garage has a good store. So I can’t really say that the market there gives lots of opportunities for us and we have sort of semi-stayed away from it.”

Later that year, in August, he told me the group had “looked at it but petrol stations are mostly like banks, they want everything for themselves and we’d like to keep a little bit for ourselves. So I’m not so sure if all the people that service that get a fair return on it for their investment and the time and effort that they put into it. Most of them are franchised and that’s a difficult model to drive.”

One wonders whether Shoprite could make the model work within its OK franchise division. As retail growth slows in South Africa, it might just.

More interesting for me is that for the past couple of years with the PnP rebranding and repackaging of convenience fresh foods, PnP seem to be wanting to play more and more in the Woolworths space.

I genuinely don’t see how they can grow their profits while moving into the Woolworths space. This for a number of reasons.

– The Woolworths brand is far too strong as a niche brand where PnP’s brand is still too strong as a value brand.
– Woolworths quality is genuinely better than other supermarkets (including PnP) although you do pay for it.
– Factors such as customer service training, goods presentation, and customer experience seem to have been kicked to the side by PnP.
– The niche market is far smaller than the value market. Moving from value to niche will naturally lower revenue, and increasing prices will drive the price-sensitive customers away.
– The Woolworths consistency across stores is far better than PnP where about 1 in 5 stores aren’t quite presenting the brand as what they are purporting to be.

My personal experience with PnP over the past 3 or so years has been one of frustration. I go into the store with a shopping list, expecting products to be fairly consistently priced in a category that makes their relative position against other supermarkets obvious to me.

In certain instances, I will always go to Woolworths, but for the rest I would like a supermarket where I can buy 99% of my groceries 90% of the time and not feel like I am being astronomically ripped off for 10% of the items.

The fresh foods prices at PnP are not justifiable as the quality is genuinely poor and presentation is shocking. They simple seem to be coming across as opportunist retail sharks looking to milk their customers’ pockets.

Lucky for me, my local Checkers seems to be a flagship store and is well presented and stocked and so it has become my shopping home. The Spar comes in at 2nd place – beating the flagship PnP across the board for price, service and food quality.

PnP is in a sorry state. I used to be my favourite, but alas.

All very interesting, but I really cannot remember the last time I bought anything at a forecourt, excluding fuel and oil and gas in winter.

Ten years ago the shops used to have a half decent selection of items, these days it’s 90% sugar and 10% YOU magazines. Does anyone actually do a ‘limited selection’ part of their weekly shopping here? Everyone knows the prices for items sold there are higher than at a ‘real’ supermarket, right?

I’m beginning to think I’m living in a parallel universe to the rest of the peons. Oh, and what TheSpark said…

PnP quality has over the past few years deteriorated to the extent that their produce is old before you event it home. Their prices are consistently more than other outlets, and with the tightening of belts these days, it is simply a matter of time that PnP looses favour generally. As for presentation, PnP have never been close to what Woolies offers.

I guess this is different because they offerings in these outlets are sugary drinks, pies and the rubbish one generally never buys at supermarkets.

Anybody buying at a service station ‘convenience store’ ………. do not do it.

They are over priced and just a ripoff.

PnP may not be what they were originally in the 1960s and 1970s but they still offer the best overall value for money proposition imho. They are a bit inconsistent across lines but then they offer a huge variety.

Woolies the better on quality but other than the occassional specials one pays thru the nose and generally not a value for money shop.

Actually, the reason why Woolies is always more popular with shoppers than PNP is their higher quality of meats, vegetables and fruits. PNP may be slightly cheaper in these areas, but there is no comparison in taste and looks. And that’s why Woolies shares are always a better bet than PNP’s in the long run. Also their knowledgeable and friendly staff are streets ahead of their competitors.

SA aims to finish inquiry into grocery market in 2017

SA aims to finish inquiry into grocery market in 2017 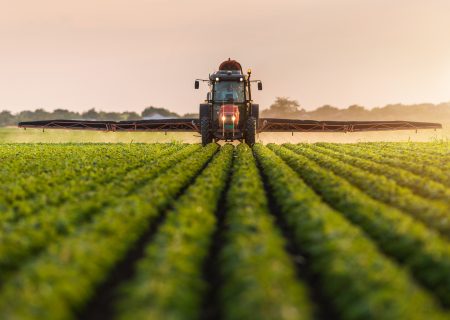 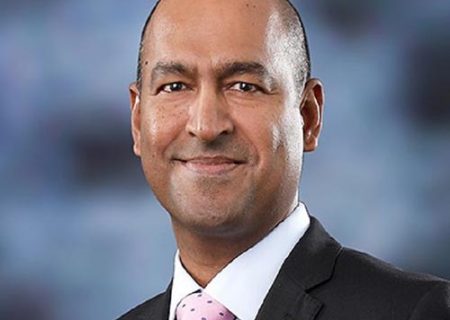