Renewable energy adds over a quarter of peak power demand 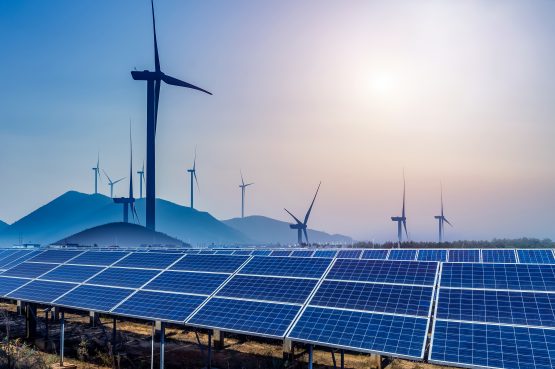 SA should brace itself for Stage 2 load shedding for most of the first three months of the new year. Image: Shutterstock

Renewable energy procured from private generators as part of the Department of Energy’s Renewable Energy Independent Power Producer Procurement (Reippp) programme contributed more than a quarter of the peak-time electricity South Africans consumed during the first half of 2020.

This is according to a report on the performance of renewable energy projects compiled by energy regulator Nersa.

This news comes as the availability of Eskom’s fleet deteriorated to just over 60% in the last week of November, according to the latest data published by Eskom. This is partly the result of an increase in plant taken offline for maintenance, but unplanned outages remain very high.

In the week ending November 29, 18.48% of Eskom’s generation capacity was unavailable due to maintenance and 18.08% due to unplanned breakages.

The average availability factor for the year to date is 65.65%, which is considerably lower than the almost 67% in 2019.

Eskom’s forecast to March 1, 2021, shows that it is likely to have a consistent supply shortage of more than 1 000 megawatts (MW) in all but one week.

It indicates that the country could suffer Stage 2 load shedding for most of this period.

Read: How to secure reliable, competitively priced power in SA

While electricity demand in the first half of the year was distorted by the Covid-19 lockdown, renewable energy clearly helps Eskom to limit the use of expensive open-cycle gas turbines or keep it from instituting load shedding during the morning and evening peaks.

According to Nersa, 68 of the contracted 112 projects were in commercial use with a combined generation capacity of 4 283MW. The regulator expects a further nine projects to be in operation by the end of the year, which will increase the total capacity to 5 048MW.

Although the performance of the different technologies is not comparable it is useful to note that the combined installed Reippp capacity will by the end of the year exceed the nameplate capacity of Medupi, of 4 764MW.

Nersa reports that non-Reippp renewable projects, aimed at own use or generation for a specific client, adds a further 823MW to the country’s renewable capacity. It has also approved the registration of small-scale embedded projects with a combined capacity of 72MW. This is mostly solar photovoltaic energy.

Nersa says the increase in renewable generation has resulted in the geographical diversification of power generation. The dependence on coal in the northern parts of the country has been diluted, with renewables spread through the Eastern, Western and Northern Cape, closer to the demand. This means that electricity losses associated with long-distance transmission can be reduced.

Renewable energy will be even better utilised during peak demand periods if the storage capacity is increased, according to Nersa. Currently only six concentrated solar plants have storage capacity, varying between two and nine hours.

Nersa expects that increased storage capacity will, by 2022, enable renewable energy that is generated when demand is low to be utilised during the peak.

Eskom has in fact embarked on a big storage project.

Nersa reports that Eskom paid independent renewable power producers R14 million in 2019/20 in terms of the take-or-pay power purchase agreements for energy it was unable to take.

During the first half of 2020 Eskom paid on average R2.23/kWh for renewable energy. Nersa expects this number to come down as projects contracted later at lower tariffs come into operation.

At last! We have one of the best countries in the world for PV and wind power: 2500 hours of sunshine a year (compared with Europe’s 1000), and 3000 km of coastline where the wind always blows. Ever see a weather report: Durban 0 km/h wind speed, PE 0 km/h, Cape Town 0 km/h? Me neither. And as for storage, we have some pumped water as well as Concentrated Solar Power stations that produce power several hours after sundown. Plus battery storage is fast on the increase as prices come down. (The Hornsdale installation in NSW Australia, has recently doubled its capacity.) And PV power produces electricity at way below coal and nuclear prices. It’s a no-brainer for SA.

Best wind is actually in the NC,not even on the coast. Check out the SA windmap on the SAWEA site.
Actually that R 2.33/kWh appears very expensive, as wind and solar for BW 4 (bid window) of the REIPPs were all 57-92 cts/kWh. Previous rounds 2011-2015 were more costly. I wonder if not the very expensive diesel powered OCGTs of two IPPs, one near Durbs and the other one near PE are wrongly put in the same baskets as the REIPPs.

And during the ten wasted years they fed us like mushrooms.

Surely that is treason? I have a windfarm on my property so am in close contact with the operators. They have been trying since 2015 to complete the project to no avail. They just have to add towers and cable, the connection is there and operating the substation is also functional ready for the rest of the project.

At one point there were 65 REP projects ready for signing off on an Eskom officials desk, but he/she was MIA and Zuma’s orders.

It is treason. In China, they will be lined up in front of a wall and shot like dogs.