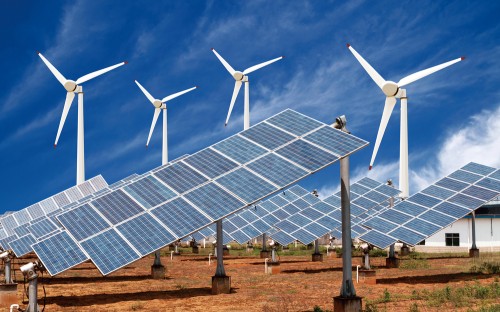 A total of 37 independent power producers (IPPs), who are affected by Eskom’s delay in signing power purchase agreements with them, have obtained legal opinion from respected senior advocate David Unterhalter on their rights.

On Wednesday the South African Renewable Energy Council (Sarec), representing these IPPs, said in a statement that senior counsel at Webber Wentzel has issued a legal opinion letter, which confirms that preferred bidders are entitled to approach a court to enforce Eskom’s signature of power purchase agreements.

This follows as Eskom continues to resist being bound by obligations created as part of the Department of Energy’s Renewable Energy Independent Power Producer Procurement (REIPPP) programme, hailed as one of the most successful worldwide.

Former Eskom CEO Brian Molefe and his successor acting CEO Matshela Koko have criticised the programme, complaining that the tariffs the department accepted are high. Eskom has blamed these high tariffs for big increases in electricity tariffs and said Eskom has an oversupply from its own generation and doesn’t need the renewables.

The IPP agreements are based on determinations by energy minister Tina Joemat-Pettersson for the purchase of set amounts of renewable energy.

Unterhalter stated: “In our opinion Eskom cannot sidestep the binding determination of the minister; they are bound by the ministerial determination, which includes signing the power purchase agreements.”

Unterhalter continued saying, “As an organ of state, Eskom cannot raise the reservation of rights in the RFP (request for proposals) to defeat a claim for substitutionary relief; nor can it refuse to conclude a power purchase agreement.”

“We are pleased that the legal opinion is so very clear in their opinion that Eskom has no such prerogative. This assures us of the strength of our legal position,” said Brenda Martin, chair of Sarec.

Sarec said local and foreign investors have responded very positively to the REIPPPP to date, partly because the rules have been clear and applied fairly and consistently. “The programme has secured nearly R200 billion in new investment. Tampering with the rules at this stage can only damage confidence in both the programme and the country.”

Sarec said it has therefore come out strongly against Eskom’s attempt to bargain down the cost of energy after agreements are already in place, as it is a sure-fire route to destroying investor confidence and sabotaging South Africa’s economic interests.

“Legal opinion on this also confirms that ministerial determinations are binding on Eskom and that the utility has no discretion to impose further conditions on preferred bidders. What’s more, Eskom certainly has no legal authority to negotiate tariffs with already selected bidders,” added Martin.

Eskom will do what they want so this will mean nothing.

Of course Eskom should honour previous agreements – no arguments.

Eskom now has a choice of supplying cheap electricity from its existing infrastructure or purchasing expensive intermittent energy from new suppliers, with whom they currently have no contract and passing the additional cost on to the consumer.

Q: why should they do the latter?

1.) They have no choice in the matter for projects which have already been selected.

2.) Their existing infrastructure is extremely old dirty tech, yes it is cheap to run at the moment but I doubt it is as cheap as Eskom notes. The likelihood is that these facilities require serious capex to get back to a decent efficient plant. So yes it may be cheaper but Eskom is not giving anyone the data to know what it actually costs.

3.) You can not just keep supply where it is and hope there is no economic growth. We need to invest in a diversified new tech generation fleet. Eskom does not pay for these plants, the whole project is funded off of their balance sheet and they effectively receive refunds of what that pay for from NERSA. They are not making a loss because of renewables, it begs the question…why do they make a loss regardless of it being a high demand or oversupply scenario?

4.) This programme has brought in US$200 in foreign direct investment, we may be paying slightly more for electricity but the stimulation of the economy, jobs, creation of a local industry far outweighs that cost surely?