Small and medium contractors being ravaged 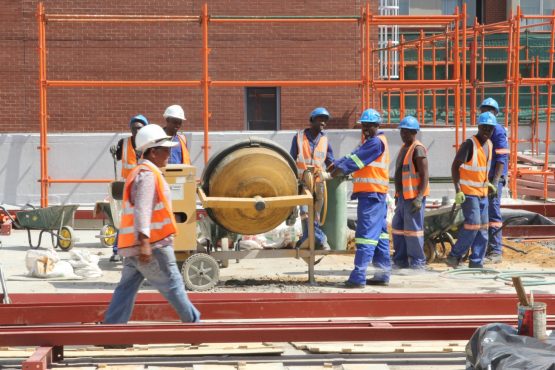 Listed contractors have become smaller due to retrenchments, with the work going to smaller contractors – but now even the smaller players are struggling to get projects. Image: Moneyweb

Building confidence ticked down to 30 on a 100-point scale from 33 as building activity slowed even further, while civil engineering confidence fell from an already depressed 31 index points to an all-time low of 26.

Read: Did they fall or were they pushed?

“The fact their confidence is so bad shows you how bad it is because that means they are literally looking for work whereas the bigger contractors are always busy although they obviously have less and less projects that are ongoing at the same time.”

Metelerkamp says the lack of confidence among small and medium contractors will definitely lead to job losses.

Read: What government should do to save the construction sector

“The majority of the construction sector is the smaller guys. The listed contractors, because of all the retrenchments, have actually become smaller. The jobs that are left have gone to the smaller contractors – and if they are starting to lose work, then times are getting really tough.”

Metelerkamp says a lot of things would have to change for conditions in the construction sector to improve – including political and policy certainty, which is scaring investors and investment away, and the situation at state-owned entities, which is putting government under massive fiscal constraints.

He adds that the economy is at best moving sideways, which is not at all conducive to any improvement in construction activity.

However, Metelerkamp says the civil engineering sector could still deteriorate further despite already being at a record low according to the CIDB survey.

“Sanral [SA National Road Agency] got an increase in their budget, including a bailout, which should also help them. There has been all this talk about big road contracts that are going to go out to tender but it has been extremely slow. Until that happens it definitely can lower.

“We think that will bail the industry out to some degree to stop the bloodbath and to induce a sideways movement environment rather than a continuous fall,” he adds.

Ntando Skosana, project manager for construction industry performance at the CIDB, says the level of confidence is concerning because it implies that almost 75% of respondents are dissatisfied with prevailing business conditions.

She adds that with the exception of a marginal uptick at the end of last year, general builder sentiment had trended downwards since the beginning of 2017.

She says Gauteng is the only province where general builder confidence declined, from 44 to 19 on the index, and that despite upticks in the other provinces, confidence remained below the long-term average.

Skosana says the building activity indicator also suggests that all provinces are experiencing a severe shortage of building work, particularly the Western Cape.

Overall, the results of the survey point to continued and broad-based weakness in construction activity in the second quarter of this year, she says.

“In addition to poor demand currently, there is no sign within the survey data to suggest that activity will improve over the short term.”

No chance of Wakanda now except in his dreams.

Lol – there is a “stad” in a location some 20 km south of Warden on the N3 which is aptly named and totally suited to the building of the future City in mind.

Who will spend money on developing property etc. using small to medium sized contractors knowing that your property might be expropriated without compensation?

The construction mafia also wants 30%. Who can afford that?

Not much thought or thinking employed just populism and that does not put bread on the table.

This will just put more pressure on the political system giving the EFF more power and ammunition. It is also going to impact heavily on the taxpayer as gov looks for more money towards unemployment grants and expect Xenophobia to rise considerably as more undocumented labor struggle to survive. This is VERY bad news.

At this rate, by 2023 the revolution will be in full swing.

Hope the construction mafia will be happy with 30% of NOTHING after the this industry is dead! Amandla!

Part of the problem lies at the feet of municipal incompetence. It takes an average of 4-5 years to bring a development to market. What was the property market like in 2014 vs now. Delays to bring a product to market is catastrophic for the entire supply chain in the construction sector.

The stinky side of the industry is that many of the distressed contractors have a host of usually smaller subcontractors. As the main contractor sees his woes mount, executives talk up profits, slide cash etc aside and prepare for the rainy day while the “subbies” toil on until the door closes. The main contractor executives either retire or start up business from assets hoarded away. Tough out there.