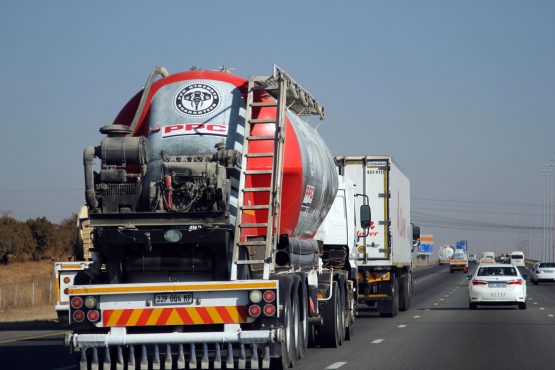 The strikes and protests at transport companies that contributed to a critical shortage of cement and other construction materials in the South African market have ceased – for now.

It also resulted in a critical shortage of steel, bricks and timber.

Concern was expressed that if the shortages continued for an extended period of time they had the potential to derail government’s planned massive infrastructure investment plan to stimulate the economy post the Covid-19 lockdown.

Bogdan Kazmierczak, owner of Bogdans Transport – one of the largest transporters of bulk cement – confirmed this week that he had obtained a final interdict against the protesters, who comprised dismissed workers at the company, and the protesters are no longer outside his business because of the actions of the police.

The operations of several transport companies were disrupted – and in some cases halted – by protests led by the SA National Cargo Transport Drivers Association (Sancatdra), allegedly with the assistance of the Economic Freedom Fighters (EFF) and and Black First Land First (BLM).

However, BLF national secretary for logistics and organising Tshidiso Tsimong previously denied the political movement was part of these protests, while attempts to obtain comment from the EFF were unsuccessful.

The protests, which started in October 2020, were allegedly related to non compliance with the National Bargaining Council for the Road Freight and Logistics Industry (NBCRFLI) agreement and the employment of foreign drivers

They coincided with attacks on other trucks, with more than 20 cargo trucks set alight or petrol-bombed on routes leading in and out of Gauteng.

Kazmierczak said on Tuesday his firm had started operating normally again from December 1, 2020 but is only operating at 40% of capacity, because it has to rebuild its customer base.

He said the protests lasted for nine weeks and the dismissed workers could not sustain the protests without any wages.

“We have gone the legal way to remove them so that they cannot come to our yard again. We got a final interdict so they had to move.

“Now they are gone but we don’t know what is going to happen in January. I’m not worried about the situation. By law, the unions and the EFF can’t touch me no more,” he said.

Kazmierczak said the protests resulted in the permanent closure and dissolution of Elf Trans.

Sancatdra President Daniel Mofokeng said on Tuesday that the issues that had led to the protests at the cement transport companies have not yet been resolved.

“We actually never protested but were standing outside but now everyone has moved away.

“We are planning to go back but the matter is in the bargaining council already. Last week we went on conciliation but the company [Bogdans] did not show up and we referred the matter for arbitration.

“The arbitration will probably be heard next year, but we have not got a date as yet,” he said.

However, Kazmierczak suggested that Mofokeng was not properly informed, adding that Bogdans was in a virtual conciliation hearing.

“We don’t want to talk to these people so whatever they want to do, they can carry on forward – no problem.

“As far as we are concerned the workforce is fired and is not coming back. We already employed new people in the company and the other people are not coming back. He [Mofokeng] can employ them somewhere else,” he said.

Mofokeng added that Sancatdra is not currently protesting at any other cement transport companies despite still having issues with these companies.

“We are waiting to see from our legal department how we pursue this matter going forward,” he said.

“We estimate that in terms of the installed capacity in South Africa there is an excess of about 5 million tons,” he said.

Lekula attributed the cement shortages in the past few months to problems at Transnet Freight Rail caused by the lockdown and vandalism.

“That has had a huge impact in terms of transportation of raw materials as well as processed materials into the market. But the industry has obviously brought in more capacity as the demand increased.

“However, it was immediately followed by a transport strike, which affected mostly the bulk transport systems. The bulk system not only affects the transportation of cement from the factory to the end user. It also affects the extenders, which is mainly your slag and fly ash from Eskom to the sites and also to the blending unit.

“That has a huge impact. We have got our silos full but we couldn’t get the product out.

“The situation is normalising in the last few weeks from when government intervened in the issue around transport,” he said.

Lekula said that following a more than 35% decline in first quarter cement sales, PPC experienced a strong rebound of 20% to 25% in the second quarter.

He said this sales momentum has continued into October and November 2020, with increased infrastructure spend beginning to come through.

Until they can put educated caring people in H R to aid the employee’s, there will be ongoing strikes. Just throwing money at the result does not fix the problem.

What nonsense – all these employees would have signed an employment agreement, strikers don’t bring anything to the party by curtailing the employers operation or even disrupting service to a paying customer

…and what aid are you expecting beyond the employment contract you signed up for.

If you are looking for handouts beyond that, address your request to the marxist socialist anc government who will surely meet your demands, to keep your communist votes in tact….phhht

Just remember, the more you damage the free market companies who employ and pay you and the better part of the taxes the anc collect to feed the tens of millions of unemployed “our people”and to whom they have disingenuously promised “jobs” – for decades without results – the less the the communist anc and eff (who add nothing to our economy other than take and more take)can collect to feed you and their pie in the sky socialist nirvana and better life for all BS!

Why do we always do this? So during covid a tenant that supplies equipment to poultry was very happy : keep making.

Thing is he needs steel to operate and Mittal needs to start up the foundry… End result my tenant stopped shifts AFTER lockdown. For an afdak the contractor imported steel from a merchant in Namibia. On the wine side the producers could harvest and prepare but as of a month ago the old wine bottle lines are still off.