Although new reforms criticised for not going far enough by some.
By Katharine Gemmell and Ellen Milligan, Bloomberg  31 May 2022  11:32 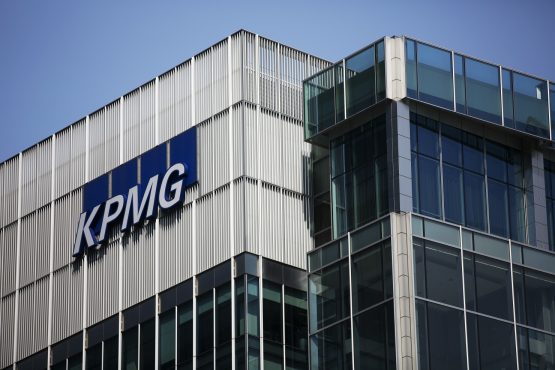 A logo sits on display outside the offices of KPMG LLP in the Canary Wharf business and shopping district in London, UK. Image: Simon Dawson/Bloomberg

The UK will bring in sweeping reforms aimed at the faltering audit regime to rein in the dominance of the Big Four accountancy firms, in an attempt to clean up the sector following a string of high-profile scandals.

The UK government said Tuesday that it will replace the sector’s regulator, the Financial Reporting Council, with a new watchdog that will be given tougher enforcement powers and be funded by an industry levy.

The widely awaited reforms come after the government and industry promised to improve audit quality following a series of past scandals such as the collapse of Carillion in 2018 and the BHS failure in 2016. All of the major auditors accepted the need to change auditing since then and restructured their audit practices.

The Audit, Reporting and Governance Authority will also have the ability to designate large private companies as “public interest entities” to ensure they are more transparent with investors. FTSE 350 firms will also need to conduct some of their audits with a challenger firm to PricewaterhouseCoopers, KPMG, Deloitte and Ernst & Young — to help nurture more competition.

Despite generally well received the new reforms didn’t go far enough for some.

The FRC’s chief executive officer, Jon Thompson, said the regulator welcomes the government’s “much needed” reform, in a statement. However, the government’s decision to not introduce a US-style federal law reporting regime is a “missed opportunity.”

KPMG and EY did not immediately respond to a request for comment.

“While we await more details on the measures and clarity around timings, it is an opportunity to further strengthen the UK’s corporate reporting system and drive trust in business,” Stephen Griggs, a managing partner at Deloitte, said.

“The detailed response marks a step forward and its significance should not be underestimated,” Hemione Hudson, head of audit at PWC UK, said.

KPMG was fined over £14 million ($17.7 million) over misconduct on major work it carried out for Carillion and data services company Regenersis. The firm has faced ongoing criticism for the quality of its work. It has previously been fined millions of pounds over shoddy audits of companies including Conviviality Plc, Silentnight Group and Ted Baker Plc.

Administrators for NMC Health sued Ernst & Young in the UK over claims of negligent auditing spanning six years. Elsewhere Deloitte was penalised £15 million for its audit of Autonomy Corp, and PWC is being probed by the regulator for Greensill Capital and Sanjeev Gupta’s Wyelands Bank.

“This is about trying to reduce the risk as much as we can — these big unexpected collapses like Carillion and BHS,” Martin Callanan, minister for corporate responsibility, said in an interview. “We also want to reinforce the UK’s reputation with investors who rely on information about the health of these companies and it’s also about trying to restore public trust in big business through transparency and accountability for the people who run and the people who audit these businesses.”