A little less trade uncertainty as 2019 winds down

A look at what happened this week and what’s going on in the world economy in the coming days.
Fergal O'Brien, Bloomberg 15 Dec 2019  11:27 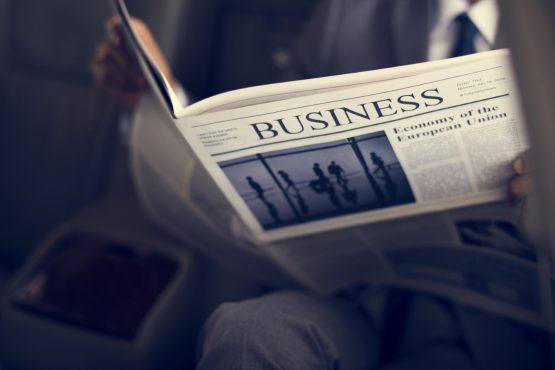 The last full working week of the year brings a final snapshot of the global economy after the 2019 slowdown.

From Europe’s flash Purchasing Managers Indexes to China industry and the all-important mood among U.S. consumers, it’s a chance to review the outlook for 2020. That’s looking a bit brighter after the U.S. and China finally agreed on the first part of a trade deal, while the Conservative victory in the U.K. election means some Brexit certainty might finally be on the way.

Meanwhile, it’s the end of an era in Sweden, where the Riksbank may call time on negative interest rates after almost five years.

Here’s what happened last week and below is our overview of what’s going on in the world economy in the coming days:

The week ends with key numbers on the U.S. consumer, including the University of Michigan sentiment index and data on personal spending. There’s also another estimate of third-quarter GDP. Europe, Russia, Middle East and Africa
European Central Bank President Christine Lagarde offered a relatively upbeat take on the euro-area economy last week, and investors will be looking to the PMIs and German business confidence to see if that was justified.

The Bank of England publishes its annual stress tests of banks Monday and interest rate decision Thursday. Governor Mark Carney speaks after the first of those (following weeks of pre-election silence), an opportunity for reaction to the U.K. vote and what it means for the economy. The other question yet to be answered is who succeeds him when he leaves in January.

Amid ongoing criticism of negative interest rates across Europe, Sweden’s central bank is forecast to hike to zero from -0.25%. But the policy statement is likely to be cautious, indicating a tightening cycle isn’t kicking off. In Nigeria, data Tuesday may show a pickup in inflation. That may keep the central bank from easing into early next year, as it focuses on anchoring the naira, one of Africa’s best-performing currencies.

Asia
Central banks in Japan, Thailand, Indonesia and Taiwan meet for their final interest-rate decisions of the year — none are expected to move according to an early look at economists’ expectations.

China’s data dump for November on Monday will be closely watched for further signs of stabilization after PMI, import and credit numbers suggested the world’s second-largest economy may be forming a base. And on Thursday, Australian jobs numbers are set to show unemployment held steady at 5.3% last month. Latin America
Brazil’s central bank delivers its outlook for inflation and growth on Tuesday, and publishes the minutes of it latest monetary policy decision on Thursday. That will explain further the reasoning behind the decision to cut borrowing costs to a record low 4.5%.

Mexico’s central bank is expected to cut its key rate by a quarter point to 7.25% this week, while Colombia will respond to inflation near the top of its target range by holding its benchmark steady at 4.25%.

In Argentina, where an IMF bailout is on hold over details of the government’s plans, GDP data will probably show South America’s second-biggest economy still mired in recession.