Airline industry’s 2019 was a miserable year 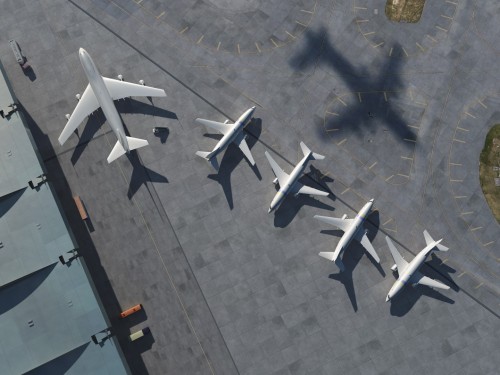 Airline industry profits will come in lower than forecast this year as passenger numbers and cargo volumes are held back by slowing economic growth and global trade wars, the International Air Transport Association said.

With less than a month left in 2019, the trade body has lowered its annual profit estimate to $25.9 billion — $2.1 billion less than it predicted in June, and almost $10 billion down from estimates published a year ago. Geopolitical tensions, social unrest and uncertainty around Brexit are contributing to tougher business conditions, IATA said.

The new figure equates to a 14% decline from last year. The group expects improvement in 2020, but there are some big caveats: Concern about carbon emissions is leading to tax proposals on airline fuel and may already be eating into demand for air travel in parts of Europe, and an uncertain return for the grounded Boeing Co. 737 Max further clouds the outlook.

“The big question for 2020 is how capacity will develop, particularly when, as expected, the grounded 737 Max aircraft return to service and delayed deliveries arrive,” IATA Chief Executive Officer Alexandre de Juniac said.

While the narrow-body workhorse has been idled since March after two deadly crashes, Boeing has been busy making more. Hundreds of completed planes remain in storage while the U.S. manufacturer waits for regulators to clear the Max to fly again.

One worry is that a glut of new aircraft will expand airline capacity too fast, holding back fares and denting the forecasted rebound in earnings, which IATA now pegs at $29.3 billion for the coming year.

The global flight-shaming movement is another challenge for the industry, with changing passenger habits and a possible tax on airline fuel in Europe threatening industry profit.

De Juniac reiterated calls for investment in sustainable fuels and other measures to cut CO2 emissions, while keeping up an industry drumbeat against taxation. Still, he acknowledged that airlines must be more proactive in communicating steps they themselves are taking to the public and governments.

“People are adjusting their personal habits to manage their individual carbon footprints,” he said at an event in Geneva, based on prepared remarks.

Airlines are expected to suffer an overall loss this year in Africa, the Middle East and also Latin America, where growth at four carriers has been limited by the Max grounding. North America should be easily the most profitable region, accounting for 65% of industry earnings, according to IATA.

Latin America should end losses next year as regional economies strengthen, according to the trade group, which represents 290 airlines. At the same time, things could get tougher in North America, with earnings down as fares and margins are hit by slowing growth and a surge in jet deliveries, led by the Max.

European profits should improve in 2020 though the positive aggregate performance led by a handful of dominant carriers “hides a long list of airlines just breaking even or making losses” following a spate of bankruptcies in recent years, IATA said.

Cargo revenues will slip for a third year in 2020, the forecast suggests, and while Asia-Pacific, the biggest region for airborne exports, should show an upturn in earnings, the industry lobby said it’s assuming there’ll be no reversal of tariffs, with trade wars still simmering.