With no sign of payment, after coupon payments came due Tuesday on two dollar notes, both with a 30-day grace period before a default can be declared.
By Beth Thomas, Bloomberg 29 Dec 2021  07:10 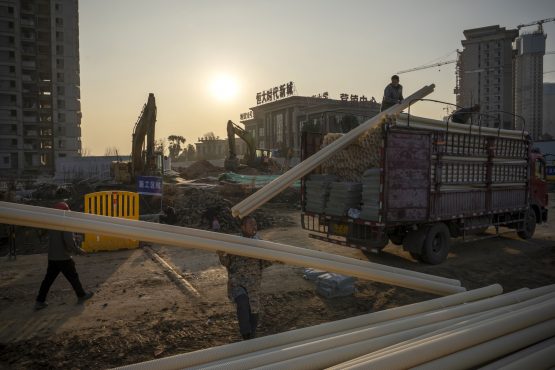 China Evergrande Group passed another debt deadline with no sign of payment, after coupon payments came due Tuesday on two dollar notes, both with a 30-day grace period before a default can be declared.

Evergrande has been turning its attention to delivering homes and paying workers even as debt payments loom. The embattled developer was labeled a defaulter by international ratings firms for the first time earlier this month after it failed to repay liabilities on time. Still, the paying agent and transfer agent for the latest two bonds is Citibank London Branch, according to a prospectus seen by Bloomberg News. Tuesday was a public holiday in the UK.

Chinese companies cut investment and remained reluctant to borrow in the fourth quarter, with small business’ financing costs soaring despite favourable policies, the Beige Book showed. An easier credit environment for the property industry in November reversed this month, the report said. Evergrande’s shares rose as much as 7.4% Wednesday, although they’ve still slumped 89% this year. Guangzhou R&F Properties has opened an escrow account with Citibank to help facilitate the settlement of its proposed debt tender offer, it says in an exchange filing. The company expects to earmark funds of about $300 million, comprising funds in the escrow account and cash on hand, before settlement date.

Trading of the bond was halted in Shanghai at 9:30 a.m. after “unusual fluctuations,” the Shanghai stock exchange said in a statement. The note rose 24.6% to 72 yuan before trading halt, according to prices compiled by Bloomberg. The bonds resumed trading at 10 a.m.

China South City has paid the coupon on its 10.875% dollar bond due June 2022, an investor relations official at the developer said Wednesday. The firms has wired the $18.8 million interest payment to the note’s trustee, said the official, adding the actual coupon date is Wednesday due to public holidays.

The original date was Sunday, according to Bloomberg-compiled data. China South City has three dollar bonds totaling $970.5 million that will mature in 2022, according to data compiled by Bloomberg.

Amid an environment of reduced investment, only the retail and manufacturing sectors borrowed more this quarter compared with the previous three months, China Beige Book International said in a report released Wednesday, while services growth slowed “across the board.”

In addition, it became more expensive for smaller firms to borrow, with the gap between the interest rates on loans for small and large companies surging to 2.73 percentage points, the highest level since the survey began in 2012, according to the report.

That’s despite a series of policies aimed at helping smaller companies, and the central bank guiding overall credit growth to pick up in November to counter a slowing economy dragged down by a property downturn and sporadic Covid-19 outbreaks.

China’s economy expanded at a moderate pace in the final month of the year, supported by better business sentiment, easing factory inflation pressures and faster car sales. However the slumping property sector and slowing external demand are clouding the outlook for the world’s second-largest economy.

That’s the outlook from Bloomberg’s aggregate index of eight early indicators for this month. The overall number stayed unchanged in December, indicating the economy is still improving at a stable pace, but there are mixed signals from some of the real-time economic data.