After its biggest buyer China all but halted imports this year.
By Sybilla Gross, Bloomberg 6 Dec 2020  08:53 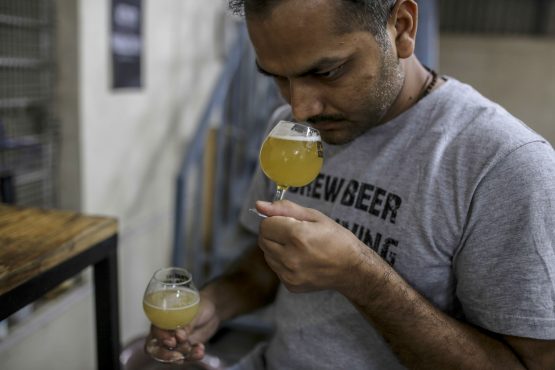 Australian barley growers could soon be raising a glass to India’s swelling cohort of beer drinkers, who are being eyed as a potential market for some of the country’s excess stocks of the grain, after its biggest buyer China all but halted imports this year.

While India’s beer market was only worth about $7.8 billion last year — a fraction of the US’s $105.4 billion market, according to Euromonitor research — the sheer pace of population growth there, coupled with an increasing thirst for craft beer among younger and wealthier cohorts, means it has the potential to grow into one of the world’s largest consumers of the beverage.

“There’s a lot of business interest in the beer industry. There’s a lot of investment coming in slowly,” said Nakul Bhonsle, owner of Great State Aleworks, a microbrewery based in Pune, in India’s west. “As the younger generation grows older, there’s a drastic shift from hard liquor to beer and wine. So that shift will help us.”

With India’s population growing by 15 million per year, the industry will need to make an additional 2 million hectoliters between 2019-24 — or 80 Olympic swimming pools worth, Bloomberg Intelligence predicts.

Any additional demand from brewers would be a boon for Australian barley prices, which slumped to among the cheapest in the world following China’s decision to apply 80% tariffs as trade tensions between the two countries escalated. Without the China demand, exporters have been forced to price their premium grain at levels similar to lower-quality barley used in animal feed to remain competitive. 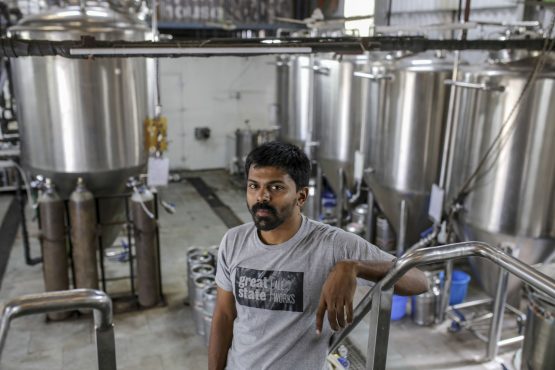 There’s just one hitch. Australia’s shipped little barley to India for a decade due to phytosanitary issues, including a requirement that all shipments be free of certain weed species, an issue the industry is working to overcome.

Still, there are reasons for optimism, after the country this year said it would allow shipments of Australian barley that has been fumigated with a formerly banned chemical. And there are signs that India may be shifting away from its highly protectionist stance — in the ten years to 2018, global exports of barley to India quadrupled, according to Abares, which expects the nation to start lifting imports across the agricultural sector. 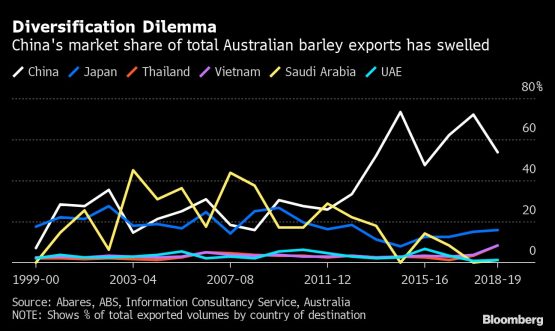 Bhonsle became enamored with craft beer while living in Brooklyn, where at the time, he was in a finance career he didn’t enjoy. It was when he tried his hand at brewing his own Belgian pale ale in 2014 — “and my first beer itself was delicious,” he says — that Bhonsle subsequently quit his job, returned to India and started his own brewing company.

Today, he imports as much as 90% of the barley he uses, mainly from Europe, because the grain from commercial Indian breweries “is not great,” according to Bhonsle.

The 34-year-old said he would “absolutely” use Australian malting barley if he could get his hands on it, adding that he had already been in talks with an Australian brewery about collaborating. “If it wasn’t for the pandemic, I would have probably even visited by now.” As Australia seeks to diversify its grain trade away from China, its high-quality malting barley is already “starting to take off” in other developing markets throughout Asia because they can process it more cheaply there than in Australia, said Brent Sheahan, a grain farmer in northern Victoria.

“The barley that comes out of Australia is generally the highest quality barley in the world, so it gives you a pretty good bargaining chip when you are trying to venture into new markets,” Sheahan said by phone.

There is so much more than barley at stake here. China is acting like a regional bully here and virtually all exports from wine to other commodities from Australia are affected.
The lesson for all countries is not to become too dependant on one dominant buyer of your products and to take note of China’s behaviour before it also happens to you. Africa, in particular, has become vulnerable due to too many “soft loans” to develop its infrastructure’.They come with many strings attached.