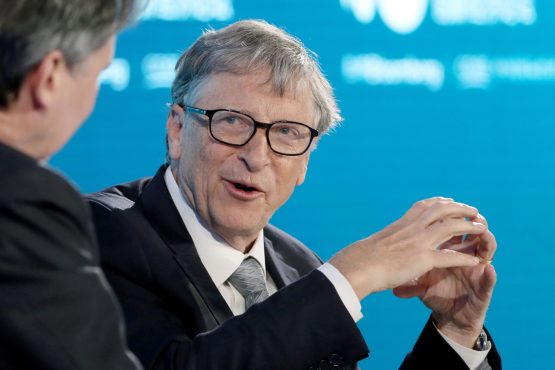 Billionaire philanthropist Bill Gates outlined an ambitious plan to stop the next pandemic, calling for a global alert system, massive testing, a cadre of 3,000 “first responders” ready to spring into action and tens of billions of dollars of annual spending.

“To prevent the hardship of this last year from happening again, pandemic preparedness must be taken as seriously as we take the threat of war,” Gates wrote in an annual letter Wednesday. “The world wasn’t ready for the Covid-19 pandemic. I think next time will be different.”

Bill and Melinda Gates, who oversee the Seattle-based Gates Foundation, set their sights on the next crisis as the globe struggles to slow a pathogen that has infected more than 100 million people. Countries — mainly wealthy ones — are ramping up vaccine delivery in a race to catch up with the virus.

By the time the next pandemic arrives, Gates said he hopes to see “mega‐diagnostic platforms, which could test as much as 20% of the global population every week.” The overall cost to defend the world sounds huge, though not compared with the $28 trillion estimated cost of Covid-19, he said.

“The world needs to spend billions to save trillions,” he said.

The success of messenger RNA vaccines in combating Covid-19 should pave the way for huge advances over the next five years in the development of new shots, he said. The technology shows potential to one day help overcome diseases such as HIV, tuberculosis, and malaria. The Gates Foundation has invested $1.75 billion in the fight against Covid-19, according to their letter.

One of the significant concerns is the threat of “immunity inequality,” where only rich people have access to vaccines, Melinda Gates wrote.

“Until vaccines reach everyone, new clusters of disease will keep popping up,” she said. “Those clusters will grow and spread. Schools and offices will shut down again. The cycle of inequality will continue.”

All a waste of time again,
the herd does not listen until it punches them on the nose again.

Billy — How about outlawing the eating of bats??

And guess who will be heavily invested in the “mega‐diagnostic platforms.”
The sooner Gates “the Philanthropist” and his cohorts, Klaus Schwab, Thomas Pickety, Fauki, George and Alexander Soros et al get out of the way the sooner the doctors who have the welfare of their patients at heart will be able to take back control from these zealots, the politicians, the mass media and social media. Doctors have been silenced and sidelined and removed from the media at every turn. If left to them they would have dealt with this manufactured “pandemic” very differently and the world economy would not have been destroyed in the process. Every minute the number of cases and deaths have been shoved in our faces by the media but there are NO statistics of the suffering, suicides, bankruptcies, destroyed lives and mayhem around the world. As they say, follow the money, why is it that our CV-19 advisor, Salim Karim, who has been associated with Gates for about 10 years and reportedly received R944 million from The B & M G Foundation is opposing Ivermectin when there is a wealth of research that shows that the risks are miniscule compared to the 83% success rate of using it for CV-19? “I am not answering the question because I don’t feel I should justify whether I received funding from the foundation or not. That should be irrelevant to my scientific stature and what I say about Covid-19,” he said. Ja well, no fine Boet.