Under Conservative Party rules, his successor is not due to be announced until September 5 following a ballot of grassroots members.
By Vivian Iroanya and Emily Ashton, Bloomberg 13 Jul 2022  15:58 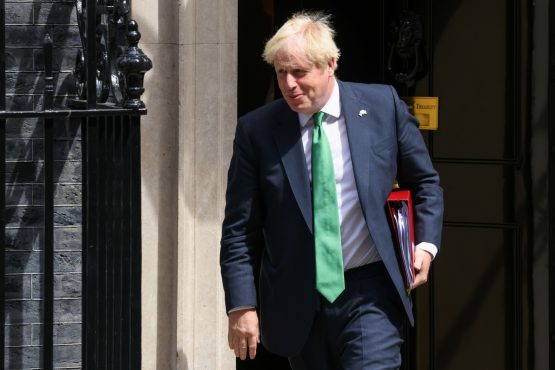 Outgoing UK prime minister Boris Johnson raised the prospect of leaving office sooner than expected, suggesting his successor could be chosen “by acclamation” rather than in an eight-week contest as planned.

His appearance at Prime Minister’s Questions in the House of Commons on Wednesday had the air of a valedictory outing, as he declared he was “proud” of his leadership and said he would leave with his “head held high.”

Under Conservative Party rules, his successor is not due to be announced until September 5 following a ballot of grassroots members. Based on that timetable, Johnson is expected to have one more session with opposition Labour Party leader Keir Starmer in the House of Commons next week.

But he raised eyebrows by telling Starmer: “The next leader of my party may be elected by acclamation, so it’s possible this will be our last confrontation.”

Johnson’s press secretary later told reporters Johnson is still planning to appear next week. But they could not rule out any foreign travel while he remains prime minister, which could take him out of action.

Eight Conservative leadership candidates are battling it out for Tory MPs’ votes, with results of the first ballot due later on Wednesday. Two finalists are then expected to tour the country as Tory members make their choice.

Johnson’s immediate predecessor, Theresa May, was declared Conservative leader in July 2016 without the vote going to the members, after her fellow finalist Andrea Leadsom withdrew from the race. Critics of the process said that fundamentally weakened May and stored up problems for her premiership.