Brexit: what the UK/EU customs changes mean for businesses from January 1 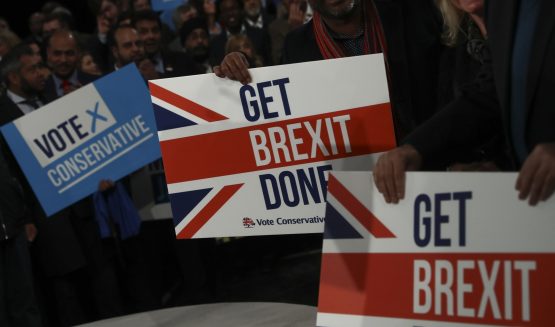 Glance at the headlines and you might be forgiven for wondering if the UK has moved on a year. A debate has been raging about how tough the restrictions must be to combat the latest wave of COVID, while the UK’s withdrawal from the EU is far from over. Brexit minister Lord Frost has just resigned, and January 1 will once again see a set of Brexit changes coming into effect that look likely to exacerbate the economic damage from the pandemic. So what are the January changes and why have we heard so little about them?

Full customs controls will take effect on January 1. One aspect of the changes is new rules that need to be followed to enable trade between the UK and EU to remain tariff free, per the Trade and Cooperation Agreement.

During 2021, exporters have been permitted to provide proof of the origin of goods after they have been exported, so long as they made a customs declaration at the border. But from January 1, when UK exporters can’t prove the origin of a product at customs, the EU customer will have to pay the full import tariff (and vice versa). For example, a French importer bringing agricultural goods from the UK would incur an average non-preferential tariff of around 11%.

This means that on top of all the supply-chain problems that manufacturers have been enduring in recent months, they’ll now face the double whammy of full customs controls for the first time. If businesses do not fulfil the new requirements, then goods won’t be able to leave the port.

Neither is the transition period complete on January 1. During the rest of 2022, we expect to see a range of other safety and security measures introduced. For example, physical checks on live animals will begin on July 1. This too will put more pressure on border controls, and further slow down the movement of trade from one side to the other.

The basis for all these changes is outlined in the UK government’s policy paper The Border Operating Model. An updated version was published in November, with further revisions issued as recently as December 16. These changes reflect the new timetable for implementing import controls, which was only set out in September. You’ve probably heard of just-in-time manufacturing, but this is the policymaking equivalent. It has left businesses with considerable uncertainty.

The British government argues that this is simply a “pragmatic new timetable”, but it raises concerns about different levels of compliance in either direction. For example, delaying the implementation of checks coming into the UK may lead to goods crossing the border that do not meet appropriate health and safety standards, while these checks are taking place for UK goods exported to the EU.

Even before all these extra new Brexit rules come into effect in January, UK ports in 2021 look set to have experienced the lowest volumes of trade since 1983. It does not help that Felixstowe, the largest British port, appears to be one of the least efficient ports both in the UK and compared to rivals in Europe and Asia. This is the case whether you measure efficiency as minutes per container move, or the average number of hours that ships spent at the port.

The UK government is trying to tackle these kinds of challenges with its £200 million Port Infrastructure Fund, but this too has been controversial. The Port of Dover took the government to court when it only received around 10% of the funding it requested to build additional passport checkpoints.

The government’s funds were squeezed by the fact that the total bids it received from ports amounted to more than double what it had made available, such that no ports got all the funding that they were asking for. As if that were not bad enough, the government then reduced the total size of the pot by 34%. If British ports are not able to upgrade themselves properly and are then put under extra pressure because of the changes being introduced in January, it all implies that delays in shipments are likely to be an ongoing issue.

In other words, not only are businesses facing a major adjustment in the way that they deal with customs clearance, but goods are likely to end up waiting longer in UK ports – further increasing costs on businesses because time is money. It increases the prospect that supply chains will divert away from UK businesses towards other partners instead.

UK businesses have already had to cope with declining trade as a result of Brexit. And don’t forget that all this is happening against a backdrop of transitioning to Liz Truss becoming the new Brexit minister, while remaining as foreign secretary. For a government that was elected on the motto of “getting Brexit done”, it is perhaps not so surprising that so little has been said about the upcoming changes.