In the midst of its third national lockdown, the UK has hit the devastating milestone.
By Tim Ross and Emily Ashton, Bloomberg 27 Jan 2021  08:55 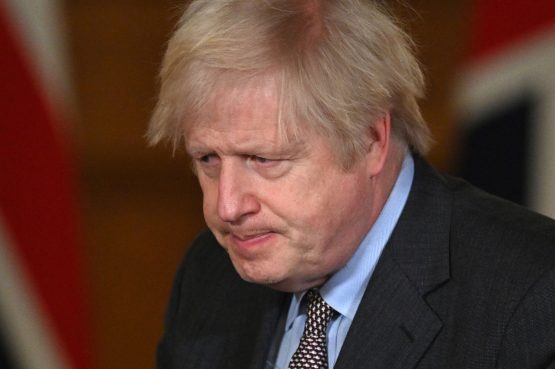 It’s almost exactly a year since coronavirus made its first impression on the UK, when a government-chartered plane flew 83 British passengers home from Wuhan to a wind-swept military airfield west of London.

Now in the midst of its third national lockdown, the UK has hit the devastating milestone of 100 000 deaths from Covid-19.

For Prime Minister Boris Johnson and the country he leads, it’s a sobering moment. Fatalities are now already five times the 20 000 figure Johnson’s chief scientist once said would represent a “good outcome” for Britain.

“It’s hard to compute the sorrow contained in that grim statistic,” Johnson said in a televised press conference on Tuesday evening. “I am deeply sorry for every life that has been lost.”

While Johnson vowed to learn lessons once the virus is beaten, he offered few answers to the question of what went so wrong over the past year. How did the UK end up with the fifth highest death toll in the world, despite its state-run health service, renowned scientists, and the natural advantages of an island for managing the flow of people?

More pressingly, the prime minister faces questions over the future. The government will need to make the most of the head start it has gained over other European nations in vaccinating its people.

The political stakes are high: Johnson will be put to the test in local and mayoral elections later this year. He also faces a showdown with Scottish nationalists, and with his own increasingly jumpy Conservative colleagues over the restrictions.

The choices confronting Johnson on when to turn off state support for businesses, and how to pay the bill, will determine what kind of an economy is left to revive once the lockdown wreckage has been cleared away.

Much of it will come back to the premier’s character. In private his colleagues remark how he makes fewer jokes nowadays, and has struck a more serious tone since the start of the year. Stung by criticism that he has over-promised on when the crisis will be over, he’s now more cautious about a timetable for easing the lockdown.

Last March, Johnson breezily brushed aside the threat, openly joking about shaking hands with staff in a hospital treating Covid patients. In April, he was admitted into intensive care with the virus.

Major events such as soccer matches and the Cheltenham horse races went ahead, and the premier – a libertarian and a crowd pleaser by nature – was reluctant to curtail individual freedoms.

Officials argued that locking down the country too soon would be a mistake – people would get tired of the restrictions and start to break the rules, they said. Yet at the same time, countries such as Australia and New Zealand – which are now almost Covid-free with comparatively low fatalities – quarantined all passengers on arrival.

“We just dithered too much and didn’t take it seriously enough at the beginning,” Professor Lawrence Young, a virologist at Warwick Medical School, said in an interview. Other countries “went in hard, they went in fast, they didn’t prevaricate.”

One of the biggest problems was the UK’s inability to run an effective test and trace operation to keep track of infections and ensure patients didn’t spread the disease.

In the early months of the pandemic, the UK had to give up trying to test people because its maximum testing capacity of just 2 000 a day was nowhere near enough as the virus spread exponentially.

A 22 billion-pound ($30.2 billion) mission eventually ramped up the testing and tracing capacity to rates that are among the highest in the world. Earlier this month, 665 000 Covid tests were carried out in one day in the UK. But the essential follow-up process of tracing contacts didn’t reach enough people to be effective, although it has improved.

British officials insist they simply did not know how helpful mask-wearing would be – even though other countries adopted the policy far earlier. Nor was it clear to the government how easily coronavirus spread among people without symptoms.

Even as the death toll passed 100 000, a policy to isolate arriving passengers in hotels was still being debated.

Almost 3.7 million people in the UK have tested positive – the fifth largest caseload worldwide and about half a million more than France. The UK has suffered almost twice the number of deaths as Spain and Germany. According to analysis from Johns Hopkins University, the UK ranks fourth in deaths per 100 000 people in the population of any country.

In the early days, Britain won praise from economists for its comprehensive and coordinated approach to supporting the economy.

Chancellor of the Exchequer Rishi Sunak rolled out about 300 billion pounds of measures to support companies and prop up workers’ wages, while the Bank of England slashed interest rates to a record low 0.1% and doubled its bond-buying program.

None of this stopped the UK suffering its deepest recession since the Great Frost of 1709. Recent figures show the British economy is the worst performing among the Group of Seven nations, with output still about 9% below its pre-Covid level. Most economists and the Bank of England expect the economy to contract again. Now Johnson is pinning his hopes on an ambitious vaccination program. A successful rollout would give the government a shot at political redemption, too, and so far the progress has been rapid.

“There is a light at the end of the tunnel with the vaccines,” Jonathan Ball, professor of molecular virology at Nottingham University, told Bloomberg. With a comprehensive test-and-trace program, and assuming the vaccines are as effective as they seem, “you would hope we would be in a much better position next winter.”

The UK has administered 6.85 million first doses of the AstraZeneca Plc and Pfizer Inc. vaccine. That puts it largely on target to offer the shot to 15 million of the most vulnerable people by mid-February, and far ahead of the US and Europe. Only Israel and the United Arab Emirates have deployed more vaccines per capita.

But there’s another cloud hanging over Britain’s battle with the pandemic: Its own mutant strain of the virus.

The recent wave of hospitalisations has been linked to the new variant B.1.1.7 of coronavirus that appears to spread more quickly and officials now believe may be more than 30% deadlier than the original strain. On Tuesday, the government’s medical experts warned the death toll will continue to mount and will only start to fall slowly.

Chaand Nagpaul, from the British Medical Association, said the UK “must not and will not forget this day” and needs to understand what went wrong. “As the first nation in Europe to have reached this dark death toll, we must learn the lessons of this tragedy.”

It starting to look like the populists just can’t deliver

It appears that earlier and more hospital admission is the key to reducing the mortality rate , certainly so before the vaccine is implemented to an effective level.