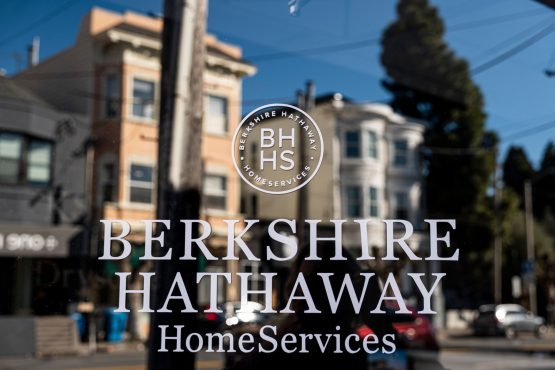 Berkshire bought back a total of $27.1 billion in 2021, the highest annual level since Buffett began more aggressively repurchasing stock in 2018. The buybacks helped chip away at the near-record $146.7 billion cash pile amassed at the firm Buffett runs with long-time business partner Charlie Munger, a measure that made “good sense’ amid less attractive alternatives, Buffett said in his annual letter Saturday.

“Charlie and I have endured similar cash-heavy positions from time to time in the past. These periods are never pleasant; they are also never permanent,” Buffett wrote in his closely-watched missive. “Fortunately, we have had a mildly attractive alternative during 2020 and 2021 for deploying capital.”

Buffett’s favourite method of capital deployment options– dealmaking — has been stymied in recent years by high valuations for good businesses and the impact of low interest rates on those prices. That reality has also forced Buffett to loosen his buyback policy and dig deeper into technology stocks, which he had typically resisted. On Saturday, the chief executive officer was blunt about Berkshire’s deal prospects, stating that little excites the company’s executives when it comes to acquisition opportunities.

“Alas, there was little action of that sort in 2021,” Buffett said in the letter. “We did, though, make reasonable progress in increasing the intrinsic value of your shares. That task has been my primary duty for 57 years. And it will continue to be.”

“Berkshire’s diverse business saw near-record results in 4Q despite supply-chain disruptions, but we think share buybacks may slow. Large M&A is unlikely in the near term, we believe, and Berkshire was a net seller of equities in 2021. Cash stands at $147 billion and CEO Warren Buffett would need a very large deal to move the needle.”

Of the $27.1 billion in buybacks in 2021, $6.9 billion of those repurchases occurred during the last three months of the year. The conglomerate didn’t stop there, with about $1.2 billion of stock being bought back from year-end to February 23, Buffett said. The stock has continued to rally, with Class A shares gaining 6.4% from year-end to Friday’s close.

“Their acquisition was their stock, and that was the big acquisition of 2021,” Cathy Seifert, an analyst at CFRA Research, said in an interview. The stock buybacks speak partly to the issue of their “inability to find a deal that makes sense to them.” Buffett’s letter, shorter than last year’s offering at just 12 pages long, made no mention of the big succession news given last year that Greg Abel was the top pick to take over for Buffett, 91, if and when the investor wants to step down. Abel was, however, given a section of the report to talk about sustainability efforts in some of Berkshire’s businesses.

Berkshire is planning to hold its annual meeting of shareholders in person in Omaha, Nebraska this year, after hosting a virtual event for the past meetings because of the pandemic. The company noted in its annual report that it’ll require vaccinations for shareholders to attend the meeting and the shopping event.

Buffett used a long portion of his letter to detail his “Big Four” companies that account for a large chunk of Berkshire’s value, a grouping that now includes Apple Inc. as Berkshire’s largest stock investment. He lauded the company’s repurchases and the CEO at its helm.

“Tim Cook, Apple’s brilliant CEO, quite properly regards users of Apple products as his first love, but all of his other constituencies benefit from Tim’s managerial touch as well,” Buffett said.

Berkshire also reported fourth quarter earnings Saturday, with quarterly operating profit climbing 45% to $7.29 billion. That’s the second-highest level in data going back to 2010 and was helped in part by higher earnings at its BNSF railroad and utility business. Net income also jumped 10.6% in part due to swings in Berkshire’s massive $350.7 billion stock portfolio.

The conglomerate ended the year with a cash pile of $146.72 billion, shy of the $149.2 billion record set in the third quarter.