Rakus is the latest Japanese startup to create vast riches for its founder as its shares surged after going public.
By Min Jeong Lee, Bloomberg 6 Jul 2021  07:53 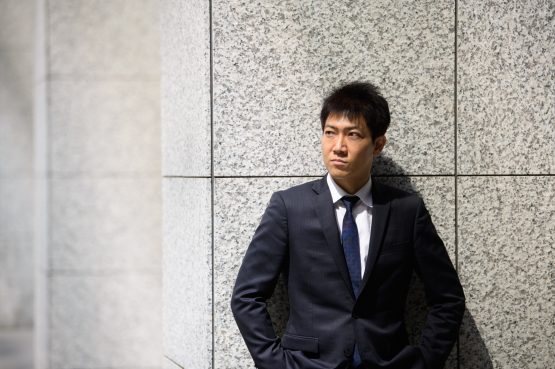 Takanori Nakamura pulled out of Silicon Valley in 2015 after his mobile marketing software flopped and decided to focus everything on his home country, Japan.

Now those efforts are paying off. His company, Rakus Co., has surged more than 4 500% since going public in Tokyo that year for one of the best performances on the country’s benchmark stock index.

Nakamura, who owns 34% of the cloud-based expense software firm and serves as its president and chief executive officer, has seen his net worth jump to about $1.8 billion, according to the Bloomberg Billionaires Index.

Rakus is the latest Japanese startup to create vast riches for its founder as its shares surged after going public. It’s also another example of how some of the country’s hottest stocks apply technologies like artificial intelligence or cloud computing but in business areas that could be described as mundane.

“It doesn’t feel real,” Nakamura, 48, said of his newfound wealth. “I wanted to be able to eat out without worrying about the cost,” he said. “I’m very grateful I don’t have to anymore.”

Nakamura said he loved reading rags-to-riches tales as a boy and decided in high school that he wanted to be an entrepreneur.

After graduating from Kobe University, he joined the telecommunications giant Nippon Telegraph & Telephone Corp. in 1996, but he quit after about a year.

He founded the predecessor of Rakus in 2000 as a business that trained engineers to use Linux, the open-source operating system.

The company branched out into different areas, including email services and a system that helps automate data processing.

The software initially failed to take off. Nakamura, meanwhile, set his sights on succeeding in Silicon Valley. He developed software that helps companies see how effective their marketing is on social networks, and decide whether to keep or pull ads.

“I thought we needed a start in overseas markets” because of Japan’s declining population, Nakamura recalled.

But the business flopped. It couldn’t compete with US startups, which were pouring huge amounts of money into their businesses, according to Nakamura.

“It was a bit too much for us,” he said. “I realized that, given the resources we have, our chances of winning would be better if we went all-in in our home market.”

In December 2015, he took Rakus public in Tokyo. As smartphones became more popular in Japan, Raku Raku Seisan began to take off. Today, the service has more than 8 000 corporate customers, according to the company.

Goldman Sachs Group Inc. analyst Takashi Miyazaki initiated coverage of the stock with a neutral rating in October, saying Rakus has major potential for medium to long-term growth. In March, he raised his rating to buy.

“Rakus has a clear target pool of clients for each and every one of its products,” Miyazaki said by phone. “That strategy is working extremely well.”

Rakus estimates about 100 000 small and medium-sized firms in Japan could use its expense software. Its first target is to win business from 20 000 of them, Nakamura said. Nakamura speaks during an interview in Tokyo on March 31.

But Sato has a hold rating on the stock, saying it already trades at a premium to peers. Rakus is valued at 423 times estimated earnings, according to data compiled by Bloomberg.

The company reported operating profit of 3.9 billion yen ($35.2 million) in the year ended March, more than triple the 1.2 billion yen a year earlier.

Both Sato and Goldman’s Miyazaki expect earnings growth to slow this year as the company spends heavily on marketing to capture market share.

Still, Nakamura says making big outlays to ensure future success is one of the lessons he learned from Silicon Valley.

“If you don’t spend on marketing and expenses, you can’t sell your products,” he said. How much you spend defines “how much of the pie you can take,” he said.

Whatever happens with the business, Nakamura said being a billionaire won’t change his life.

“I had Matsuya’s beef curry rice for lunch today,” he said, referring to a Japanese eatery where meals can cost less than $10.