Charting the global economy: inflation hits a record in Europe Record inflation in the euro zone is seen fueling the European Central Bank’s tightening debate at this coming week’s policy meeting, where officials are expected to end asset purchases and lay the ground for an interest-rate liftoff next month.

In the US, employment growth remained solid in May and suggested the economy is holding firm as the Federal Reserve hikes interest rates. Ukraine, Canada and Kenya were among central banks that raised borrowing costs to combat soaring inflation. 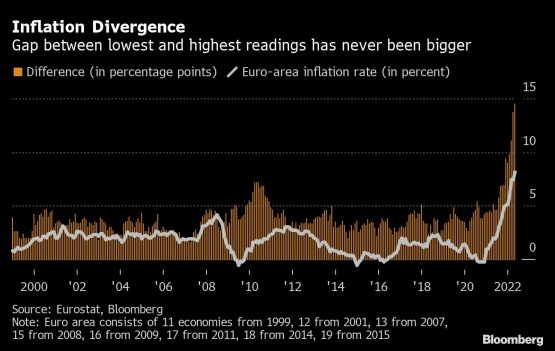 Euro-zone inflation accelerated to an all-time high. The gap between the highest and lowest inflation rates among the currency bloc’s 19 members has also jumped to its widest ever. The scale ranges from Malta — where consumer prices advanced 5.6% last month, to Estonia — where inflation hit 20.1%. That’s a difference of more than 14 percentage points, more than at any time since the dawn of the euro in 1999. Italy has one of the lowest levels of labour participation in Europe, which may prove among the trickiest challenge for the EU to fix with its 200 billion-euro Recovery Fund effort. Joining the euro is actually a condition of signing up to the European Union, though the Czech Republic, Hungary, Poland and Sweden don’t seem interested. Meanwhile Denmark, which clinched an opt-out on acceding before the dawn of the currency, isn’t budging either. Employers hired at a robust clip in May while wage gains held firm, suggesting the economy continues to power forward as the Fed raises interest rates at a steep pace to tame red-hot inflation. 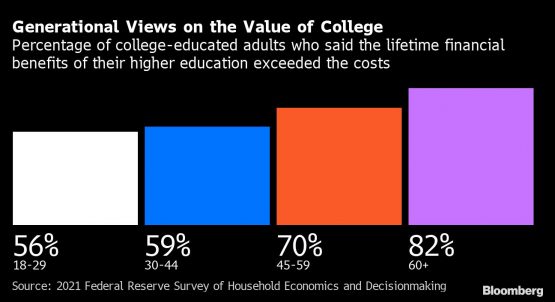 High schoolers and their parents are increasingly questioning whether a traditional four-year college education is the right financial decision, with rising costs often resulting in crippling student-loan debt. Ukraine more than doubled its interest rate with a 1,500 basis-point hike that lifts the benchmark to 25%. Officials are reactivating policy tools to stem inflation and shield the currency battered by the Russian invasion. Canada, Kenya and Hungary were also among central banks boosting rates this week. 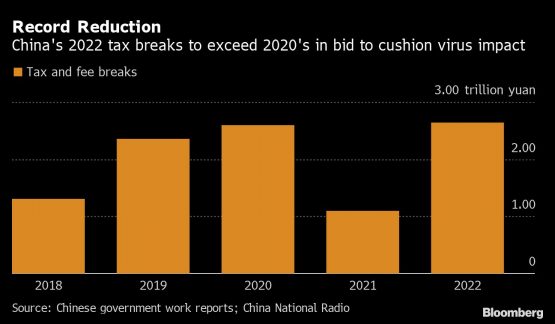 Chinese officials have vowed to carry out a slew of government policies to stimulate growth following Premier Li Keqiang’s recent call to avoid a Covid-fueled economic contraction this quarter. As the world climbs out of the pandemic, economists warn of a troubling data point: Failing to restore jobs for women — who have been less likely than men to return to the workforce — could lop trillions of dollars off global economic growth. The forecast is particularly bleak in developing countries like India. With inflation at 58% and accelerating, Argentina’s $500 billion economy is an outlier even in a world where prices are taking off almost everywhere. It’s not just a pandemic-era problem: while the historical statistics are suspect, Argentina hasn’t had single-digit inflation in at least a decade. Venezuela’s government is quietly rolling back a decades-long policy of subsidizing electricity, water, gas and road tolls to shore up fiscal accounts, shifting the costs to businesses and individuals long accustomed to cheap utilities. 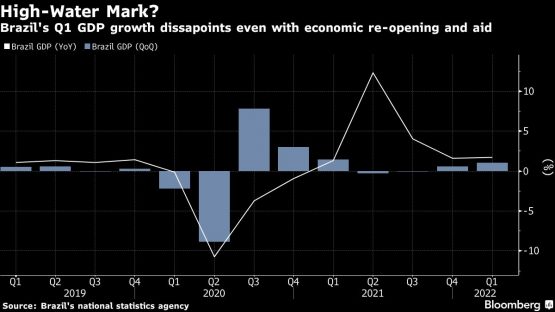 Brazil’s economy grew less than expected in the first quarter in another setback to President Jair Bolsonaro as he readies his re-election bid.