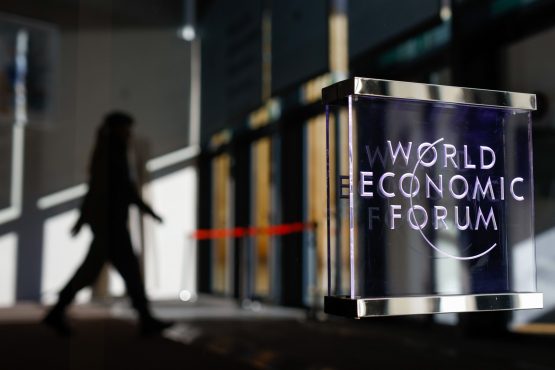 The world is at risk of letting the urgent crowd out the critical. Image: Bloomberg

The World Economic Forum (WEF) Global Risk Report for 2022, released on Tuesday, states that failure to act on climate change issues poses the most critical threat for the global community.

Respondents of the Global Risks Perception Survey (GRPS) – which underpins the WEF report – were of the view that a sluggish approach to climate issues could lead to aggravating natural resource crises, geophysical disasters, human environmental disasters, extreme weather and biodiversity loss.

“Our planet is on fire and we have to deal with it. This is a risk that we really already know, so we cannot say that we are faced with a blind spot,” WEF President Børge Brende said.

The report – the 17th of its kind – has been flagging climate change inaction as a risk since 2011, but the issue has seen little material action from world leaders until more recently.

However, the report indicates that with the presence of more immediate issues – such as a prevalent livelihood crisis that’s been exacerbated by the coronavirus pandemic as well as social cohesion erosion and mental health deterioration, among others – climate change issues could continue to take a back seat to allow governments and business to address risks that pose a threat to the global society in the short term.

“It is very clear that leaders are looking at how to make mitigation against climate change possible and how to manage this green transition. But what is also clear in the latest results of the report is that governments have a balancing act to work with,” WEF MD Saadia Zahidi said.

“In the short term, there are a number of economic transitions that they also need to manage … the second area in which they’re having to do a balancing act is around jobs and social cohesion,” Zahidi added. The report found that the almost two-year-long Covid-19 pandemic has aggravated the erosion of social cohesion on a global scale.

South Africa was one of 31 countries – including Argentina, France, Germany and Mexico – of a total of 124 that participated in the Executive Opinion Survey, where this issue was regarded as a top 10 short-term threat.

In light of the destruction that took place in parts of the country during the July unrest in 2021, this finding should come as no surprise.

Fuelled by persisting inequality – economically, politically and technologically – the erosion of social cohesion is one of the risks, along with climate change inaction, that the report revealed has the potential to cause damage for the next decade.

Differing views around vaccinations and Covid-19-related restrictions, as well as issues relating to racial justice and income disparities, are cited as the main contributing factors to this growing polarity.

“Disparities that were already challenging societies are now expected to widen – 51 million more people are projected to live in extreme poverty compared to the pre-pandemic trend — at the risk of increasing polarisation and resentment within societies,” the report read.

The report added that the increasing disparities within societies have potential to spill out into the global community, resulting in countries prioritising their notational agendas and ultimately further dividing the global economy, compromising cooperation and foreign aid.

The world began seeing evidence of this during the Covid-19 pandemic where western nations have continued to hoard vaccines at the expense of poor countries.

Anything coming from WEF or UN…or WHO is non sense.
These organizations manipulate the weather and then tell you to be concerned about it.
Please open your eyes