Factors including climate change, mismanagement and farming, which is one of the largest factors, are threatening water supply. Image: Supplied

A “creeping, silent crisis” is menacing the world’s food supply as water shortages could jeopardise up to 40% of all irrigated crops by 2040, a US think tank said on Monday.

Erratic rainfall caused by climate change also threatens the water supply for a third of crops that rely on monsoon, said the World Resources Institute (WRI).

“This is a creeping, silent crisis and we would like to ring the alarm bells before it’s too late,” he told the Thomson Reuters Foundation by phone.

Scientists say water supplies are threatened by many factors, including climate change and mismanagement, but farming is one of the largest factors, using 70% of freshwater.

On Monday, the think tank launched an online tool called Aqueduct Food, which maps water risks for more than 40 crops, including banana, coffee, soybean and cotton.

Among irrigated crops, it found nearly 67% of wheat, 64% of maize and 19% of rice could be in areas with extremely high water stress by 2040.

The three crops together account for more than 40% of the world’s calorie supply, according to the United Nations’ Food and Agriculture Organiaation (FAO).

Urgent action is needed, be it to improve irrigation and soil, better crop choices and less food loss and waste, it said.

A Think Tank? I would like to have a job like that. Then I can also make complicated statements and use words like ‘Could’ and ‘May’.

There is enough food for the whole world. More than enough. But there are a bit too many of us, at certain places. Like in Africa, where family planning are not really done with enthusiasm.
Financial planning and family planning goes hand in hand.

Financial planning is easy for collectivists: they look at people’s savings, conclude they do not need the money because they did not use it, and if they are in government, make laws to steal this “surplus” money. No worries.

To show your ignorance in this forum is a shame… Africa’s population as a continent, from Cairo to Cape is about 1,3 Billion… China 1,4 and India 1,4 Billion.

Africa has more than enough for its peoples, from natural resources to human capital. The systemic “dewealthification” of Africa by the west is a holocaust and humanity will pay for it in future.

Africa will rise and Africa will prevail… surely not in our lifetime because tue evolution takes time, but life does evolve.

….oh dear ….the lullaby again “….Africa’s failures is because of the west”

China decided to get off its ass in the 80’s

Ignorance is a shame Boombang ….

Insightful comment, thank you. In your view, what role has Africa’s pre-and post-colonial leadership been in this tragedy? And what role will they play in Africa’s rise?

If Africa have enough why then do they keep on ‘dumpster diving’?

India population growth is is 1.1% , china at 0.39%. Africa’s pop growth is at 2.5%. Africa has plenty of resources yes, but human resources ain’t one of them. Zimbabwe as a recent example.

The global food system is complex and the impacts of modern farming methods problematic, as is the movement of what is produced. An author that gives a really good perspective on this topic is Paul Roberts – his book is called ‘The End Of Food’ (written in 2008) and it is well worth a read.

And in Cape Town, the DA pillocks are about to grant their greedy developer buddies (party funders) permission to pour concrete over the Philippi Horticultural Area (PHA), which happens to lie on a major aquifer and is known as the “Breadbasket of Cape Town”, to develop 30,000 housing widgets.

what could possibly go wrong?

Yes. But the Philippi farmers are being robbed ‘kaal’ by the surrounding population.

You need to read just a little more. The vocal PHA “farmers” are hardly that and it is not the place or size to expect any real agricultural productivity. But nice ANC narrative.

Said by our resident DA poepel…

I recalled some years ago a car-mag advertorial, stating:

The problem with this abundance of water, is that it’s too salty for some tastes…(…and one wonders “how much water is left in the sea of plastic?”)

Desalination is a cost civilization has to carry. (Look at Israeli technology)

But I have hope for the future. Humans will devise solutions….like innovative Blockchain-technology used for crypto. Surely code can be written where one block in the chain, removes one 1g of salt in water, right? Please tell me this marvel of blockchain can do that.

Israel exported their water. In the form of oranges.

The leaners have an incentive problem. The current political system demotivates them, while it incentivizes unaccountability. If “the accountability lies with the collective”, as the ANC says, then nobody is accountable. There cannot be a beneficial competition without accountability.

“It is the common error of Socialists to overlook the natural indolence of mankind; their tendency to be passive, to be the slaves of habit, to persist indefinitely in a course once chosen. Let them once attain any state of existence which they consider tolerable, and the danger to be apprehended is that they will thenceforth stagnate; will not exert themselves to improve, and by letting their faculties rust, will lose even the energy required to preserve them from deterioration. Competition may not be the best conceivable stimulus, but it is at present a necessary one, and no one can foresee the time when it will not be indispensable to progress.” – John Stuart Mill “The Principles of Political Economy” (1848)

There was an old Polish (I think) proverb about Socialism/Communism that went like this: ‘If I stand up, I get 1000 kopeks a month. If I lie down, I get 1000 kopeks a month. Why stand up?’ And therein lies the secret of the failure of well over 50 countries that embraced Communism only to have it destroy their economy. When will they ever learn….sigh!

…agree, pro-socialists have not as yet learned the phenomenon of “the invisible hand” (in economics) being the unobservable market force that helps the demand and supply of goods in a free market.

The sympathizers of the socialist/communist system relies on others to come up with innovation (to improves lives) and drive business (i.e. prosperity).

This is government speak for RAISING YOUR TAXES

That I feel is the motive. SA has had more than enough plans and money to have ensured relative water security. But guess what? It has been squandered; stolen and wasted. Now we must expect, NHI style, that the very ANC regime that stole it is suddenly going to fix it. Yeah right; fool me once etc.

Are you Zille in drag?

If you can take a step back and be still…

Look at those three numbers I have mentioned 1.3B, 1.4B, 1.4B. All we need to do as African’s, irrispective of colour, creed, religion or race is to change things. Our divisiveness helps us go nowhere. The rich on either side, black or white are the ones benefitting fulltime through the misery of the masses. If we can see that the west is suturated, they have done all that can be done. Opportunities once again are in underdeveloped Africa… in its breath and width. 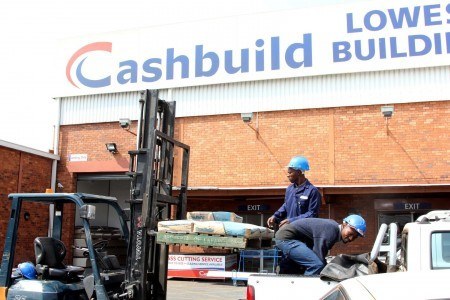