Viceroy confirmed that it received a cease-and-desist request from Caner’s legal representative.
By Jack Sidders and Alexander Kell, Bloomberg 12 Oct 2021  11:37 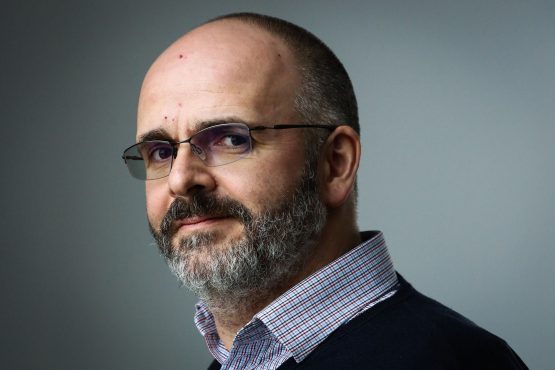 Cevdet Caner filed a criminal complaint against short seller Fraser Perring over a research report that targets the Austrian investor and Adler Group SA, the real estate firm backed by his family.

The filing alleges that Perring and his firm Viceroy Research engaged in market manipulation by publishing a “demonstrably false report with the aim of unlawfully influencing” Adler’s share price, according to a statement from Caner’s legal representative, Berlin law firm Irle Moser. Adler’s shares dropped 26% after the report was published on Wednesday.

Viceroy confirmed that it received a cease-and-desist request from Caner’s legal representative. Perring’s firm said the lawyer’s letter didn’t seek to “disprove our evidence of related-party transactions” and called the suggestions “preposterous.”

Adler, which owns about 70,000 German apartments and has more than 8 billion euros ($9.3 billion) of debt, has come under criticism by Viceroy for its poor financial disclosures and governance. Viceroy’s report characterized Caner — who has no executive role or personal stake in the company — as Adler’s secret boss. Caner maintains that his sole function has been to advise the vehicles through which his family owns minority stakes.

In a bid to fight off short attacks, Adler has agreed tentative terms to sell part of its property portfolio. The company’s biggest shareholder Aggregate Holdings managed to pay off a margin loan in a deal with rival landlord Vonovia SE that includes a new loan and an option on half its stake.

Short interest on Adler shares was 21.7% of its free float as of Monday, up from less than 5% in mid-September, according to data from IHS Markit. S&P Global on Monday lowered Adler’s long-term credit rating and put the company on credit watch negative, citing a “high degree of uncertainty” regarding the final size and timing of planned asset disposals. Adler’s governance framework is “weak because it is not fully transparent,” S&P also said.

The shares declined 4.6% at 11:02 a.m. in Frankfurt on Tuesday, extending losses since the beginning of the year to more than 60% and valuing the company 1.3 billion euros.

Perring was one of the earliest critics of Wirecard AG, the German payment company that collapsed in 2020 after years of complaints raised by short sellers for its accounting practices. Perring’s activity, however, has also stirred controversy. Last month, Viceroy was fined by South Africa’s regulator for publishing a misleading report on Capitec Bank Holdings Ltd.