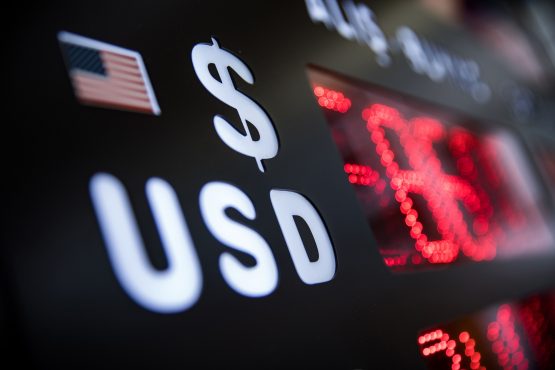 The Bloomberg Dollar Index is poised for a 2.7% drop this month, taking its fall since a March peak to 12%. China’s economic rebound and bets on a successful roll-out of vaccines are bringing key levels into play for currencies from the euro to the Aussie and the Canadian dollar.

“The improving outlook for global growth, combined with strong signals from the Fed that it will maintain loose monetary policy well into the economic recovery, have been encouraging a weaker dollar,” said Lee Hardman, a strategist at MUFG Bank in London. “Asian and commodity-related currencies have also been benefiting from the outperformance of China’s economy.” It’s a turnaround from earlier this year, when the dollar benefited from its status as the ultimate safe haven during the height of the pandemic turmoil in March. Citigroup Inc. sees the greenback dropping as much as 20% in 2021 as vaccines become widely available, while Goldman Sachs Group Inc. favours shorting the currency against the Australian and Canadian dollars.

Record virus infections in the US and division over a new stimulus are also adding pressure on the world’s reserve currency.

Among the key levels that are approaching:

“The dollar has come under pressure as risk sentiment stays buoyant — it started at the end of the US election, and was then powered further by the vaccine news,” said Alvin T. Tan, head of Asia FX Strategy at RBC Capital Markets. “The weakness has further to run.”

Interestingly, the US Dollar long-term strength started to fizzle out during the recent US Elections.

Did TRUMP and his administration kept the USD artifially strong all these years? (…and kept the longest US bull market in a long time?)

The Americans now made their choice in ousting Twitter Trump, fair enough (and Republicans).

Americans can now accept a swing of the USD’s dominance in the other direction now…please stop crying about the USD. You can’t have your cake AND eat it!