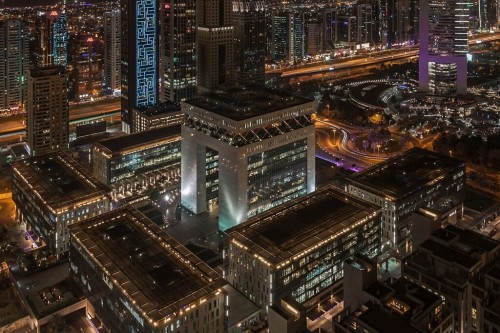 JOHANNESBURG – The Dubai International Finance Centre (DIFC), a global hub for financial and business services, believes its growth in the next ten years will be dependent on developing the investment and trade flow corridors between markets in Asia, the Middle East, Africa and South America.

The DIFC (pictured) is home to roughly 1 400 companies. Around 400 of them are financial institutions from more than 100 countries in the world.

Chirag Shah, chief strategy officer at the DIFC, estimates that about a “dozen plus” of the financial firms have their origins in Africa. South African firms that operate within the DIFC include Standard Bank and a few of Old Mutual’s business units. Nigerian firms Zenith Bank and Access Bank as well as the Mauritian BanyanTree Bank are some of the other African groups that have recently received licenses.

Yet, only a few businesses have their roots in Africa. Shah says many firms are looking to expand beyond their home markets and want to internationalise, but priorities and timing have to be taken into account.

However, over time the makeup of firms setting up shop in the DIFC has changed.

But while its strategy is focused on connecting Asia, the Middle East, Africa and South America, connecting does not exclusively entail luring businesses to the DIFC, but also using its infrastructure, Shah says.

If a significant infrastructure project in Sub-Sahara Africa needs international finance, the DIFC is a location where clients would be able to reach out to foreign financial firms, lawyers, investment bankers, fund managers, information providers and credit ratings agencies, he adds.

Among the benefits of operating in the DIFC are a 0% tax rate for corporates and employees who work at these corporates, an employment policy which allows financial and business firms to hire staff from anywhere in the world and 100% foreign ownership rights. There are no exchange controls applicable.

Shah says before the DIFC was created in September 2004 Dubai critically examined the requirements for a successful global financial hub and it found that English Common Law was one of these requirements.

But if companies are allowed to hire employees from anywhere in the world and enjoy a favourable tax regime, what are the benefits for Dubai?

Shah says the success of Dubai’s economy is based on its ability to be a hub for the world. When it attracts businesses from different parts of the world, these businesses invest money in Dubai and use its infrastructure. Investors fly with Emirates, rent or buy properties for their employees and send their children to school in Dubai.

“All of these trends add value to Dubai’s economy which was otherwise just a patch of desert.”

While Dubai has derived roughly 60% of its gross domestic product (GDP) from oil in the 1960s, this has shrunk to 1%. In turn, the financial services sector has grown in importance and today represents around 12% of GDP (compared to 5% ten years ago).

Shah says a study found that every person who works for a financial or professional services firm based in the DIFC, annually adds $250 000 to Dubai’s GDP.

Shah says a non-financial firm would be able to start operating within a week. Where firms need a financial services license, the regulator would conduct a due diligence first. They would also approach the local regulator to determine if it would be appropriate for the company to have international operations. This could take between two and four months.

The DIFC has a cooperative arrangement with regulators from roughly 60 countries around to world including South Africa.

Licensing costs and visas for staff members to set up shop in the DIFC would amount to less than $50 000 annually.