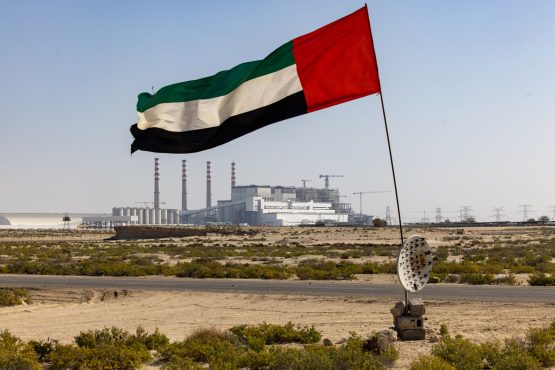 The government sold 9 billion shares in Dubai Electricity & Water Authority at 2.48 dirhams each, the top end of the range. That gives it a market value of $33.8 billion and makes it one of the world’s biggest utilities. The stock is expected to start trading in Dubai on April 12.

DEWA almost tripled the stake it sold to 18% after initially setting out to list 6.5%. It is highly unusual for companies to increase the size of IPOs to that extent. It’s the latest sign of feverish appetite for share offerings in the Persian Gulf even as deals dry up in the rest of the world.

Orders totaled almost $86 billion, according to the Dubai government, continuing a trend whereby Gulf IPOs have attracted tens of billions of dollars of demand from investors. Excluding cornerstone and strategic investors, the orderbook was 37 times oversubscribed.

The deal marks a turnaround for Dubai, which missed out entirely on a boom that swept the Gulf last year. The emirate had seen just one $95 million listing since 2017.

Dubai is trying to reinvigorate its capital markets and boost sagging trading volumes to catch up with rivals Abu Dhabi and Riyadh. The government plans to list 10 state companies, of which DEWA is the first.

The utility caters to Dubai’s roughly 3.5 million residents. It has 13.4 gigawatts of power capacity and runs desalination plants. It made adjusted earnings before interest, tax, depreciation and amortization of $3.3 billion last year. It’s net debt at the end of 2021 was $4.8 billion.

DEWA said it will aim to pay an annual dividend of 6.2 billion dirhams ($1.69 billion) for the next five years. The IPO pricing implies a dividend yield of 5%.