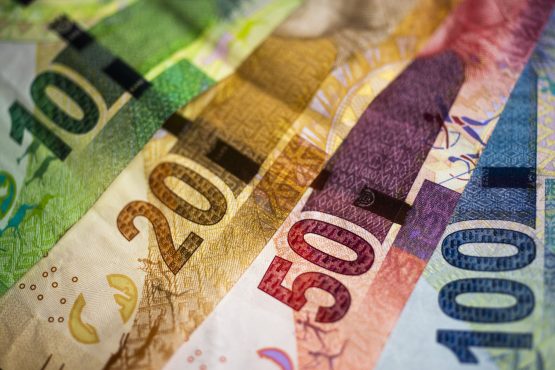 Frayed nerves ahead of US inflation data later this week cast a shadow over emerging markets on Tuesday, with South Africa’s rand leading losses ahead of domestic economic growth data.

Against a stronger dollar, the rand fell 0.6%, pulling further away from 28-month highs. GDP numbers later in the morning are expected to show the South African economy slowed in the first quarter.

But the rand is still by far the best performing EM currency this year, up more than 8%, helped in part by rising commodity prices.

Russia’s central bank is seen hiking rates at its meeting on Friday for the third time in a row, by 25 or even 50 basis points, as data on Monday showed inflation remained well above target and showed little signs of slowing.

“The higher-than-expected CPI trend combined with a rebound in consumer lending growth amid still weak deposit dynamics should reinforce the Central Bank of Russia’s resignation to exit the loose monetary stance sooner rather than later,” said Dimitry Dolgin, chief Russia economist at ING.

Investors will also keep an eye next week on US President Joe Biden’s visit to Europe where he is expected to meet with leaders of Turkey and Russia, especially amid deteriorating ties between Moscow and Western powers.

Mexico’s peso slipped 0.1%, paring back only slightly after gaining nearly 1% on Monday, when markets cheered early results from midterm elections.

Peru’s financial markets are also in focus as left-wing candidate Pedro Castillo widened his lead over conservative rival Keiko Fujimori in presidential elections. Castillo said he would respect the autonomy of the Andean nation’s central bank if he wins the presidency.

Broader sentiment was cautious ahead of US inflation data for May on Thursday, a week before the US Federal Reserve’s June meeting. Any change to the Fed’s accommodative stance has the capacity to reduce flows into riskier assets of emerging markets.

Emerging market stocks extended their declines for a fifth straight session, and were trading down 0.2%. The index was pulled lower by a near 1% fall in China’s blue-chips index while heavyweight stock markets in Hong Kong and South Korea also fell.

The Russian Rouble (Rhymes with Trouble) is 7 centuries old.