That’s more than double what was sold in all of 2020 as more borrowers are pushed to sell ethical debt by investors.
By Caleb Mutua, Bloomberg 18 Jul 2021  07:48 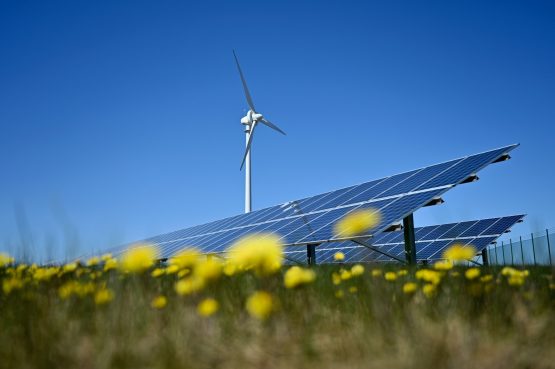 Global issuance of bonds for environmental, social and governance goals look set to hit $1 trillion for the first time ever this year. That’s more than double what was sold in all of 2020 as more borrowers are pushed to sell ethical debt by investors.

New issuance of green, social, sustainability and sustainability-linked bonds from corporations and governments worldwide has already topped $575 billion so far this year, $100 billion more than all of 2020, according to data compiled by Bloomberg. Bankers are bracing for an even busier second half, which was reflected in more deal announcements in Asia on Wednesday.

“What began with ‘why should I issue?’ is now ‘why aren’t you?’,” said Marilyn Ceci, global head of ESG debt capital markets at JPMorgan Chase & Co., one of the biggest underwriters of sustainable bonds. “Your absence in the market says something now,” said Ceci, who expects issuance volume to double by year-end, in a phone interview. “Every issuer is going to want to be able to demonstrate that they have a sustainable business model,” said Philip Brown, head of public sector debt capital markets at Citigroup Inc. “What the asset owner wants, the asset manager provides, and the issuer has to respond if they want to reach these portfolios,” Brown said in a phone interview.

New debt sales will get a boost from high-yield borrowers and securitised products, said Ceci. She also expects issuance of sustainability-linked bonds, which raise borrowing costs if borrowers don’t hit ESG goals, to jump to as much as $150 billion in 2021. Global SLB sales are at a record $72.8 billion year-to-date.

Citi sees continued strength in Europe, which has been ahead of the curve globally on ESG. In the first half, 26% of all euro-denominated corporate investment-grade bonds issued were ESG-linked, up from 9% around the same time last year, according to Brown.

“ESG is part of every conversation that we have now with all corporate issuers in Europe,” said Brown, who coordinates Citi’s global sustainable debt capital market origination business.

Rapid evolution in the availability of data and ESG reporting is adding momentum, said Brown, whose bank is betting on North American expansion. Citi’s ESG team within its capital market business is set to double in size by year-end, according to Brown.

The issuance boom comes amid skepticism that ESG debt really holds borrowers to account and growing confusion about the proliferation of labels and structures. As demand continues to exceed supply, investors are increasingly worried about greenwashing, where debt that’s not really ESG may be labeled as such.

Despite this, bond bankers are excited about the long-term opportunity.

“The growth in ESG funding markets will exceed anything you’ve seen so far,” Tom Joyce, head of capital markets strategy at Mitsubishi UFJ Financial Group Inc., said in a phone interview. “This is a holistic, systemic change in the way the entire global financial market is structured and in the way business strategy and the regulatory environment operates.”

Apollo Global Management Inc. is in talks to acquire a portfolio of assets from communications infrastructure specialist Lumen Technologies Inc., according to people with knowledge of the matter.

The calendar for junk bond and leveraged loan sales in Europe is so crowded ahead of August vacations that some borrowers may have to wait until September because of the rush of deals, bankers say.