EU kicks off biggest push yet on climate, braces for a fight

Every industry will be forced to accelerate its shift away from fossil fuels in order to cut pollution by at least 55% from 1990 levels by 2030.
By Ewa Krukowska and John Ainger, Bloomberg 17 Jul 2021  00:01 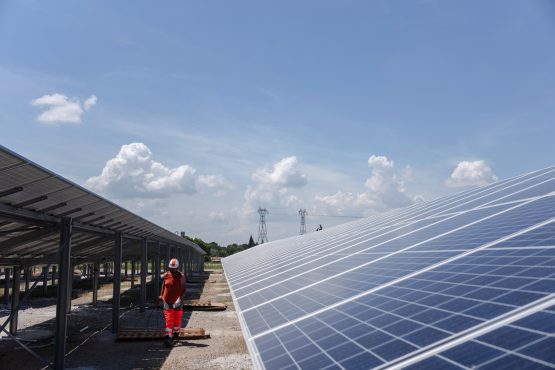 The European Union rolled out an ambitious climate plan to transform every corner of its economy on Wednesday, and braced for years of tough negotiations to turn it into reality.

Every industry will be forced to accelerate its shift away from fossil fuels in order to cut pollution by at least 55% from 1990 levels by 2030. To achieve that, the bloc will bring new industries such as shipping into what’s already the world’s largest carbon market; ban new combustion-engine cars by 2035; impose new costs on dirty home heating; and force the aviation industry to emit less and pay more.

As the bloc seeks to position itself as a global leader on climate — without damaging its own industry — it also set out a blueprint for a levy on imports such as steel and aluminum from nations with softer environmental rules. That risks stoking trade tensions, with Russia, China and the US in the EU’s sights.

There are already signs of discontent, from both EU members and industry.

“Nothing we presented today is going to be easy. It’s going to be bloody hard,” European Commission climate chief Frans Timmermans said. But he said the “existential threat which is the climate crisis” called for radical steps. He expects measures to toughen emissions standards for cars and as well as a plan to create a new carbon market for transport and heating fuels to cause the most complaints.

“The European Commission’s choice of tools is untenable and unacceptable because it would lead to taxes on real estate and cars instead of making polluters pay,” Cabinet Minister Gergely Gulyas told reporters in Budapest on Thursday. “This would also destroy the results of utility price-cuts.”

The planned emissions-trading program for heating and road transport fuels may cost European households as much as 1.1 trillion euros in by 2040, the Polish Economic Institute said on Thursday.

EU officials are at pains to emphasize that the transformation must be fair. The bloc has earmarked 72 billion euros ($85.1 billion) in a new fund to help compensate those who lose out, with the money –which is based on current prices — coming from the expanded market for carbon emissions.

The EU’s goals call for about 1.2 trillion euros of clean energy investment to 2030, according to Bloomberg NEF.

“We’re going to see an economy-wide experiment to put climate ambition into action,” said Simone Tagliapietra, a researcher at the Bruegel think tank in Brussels. “So far Europe has focused on a couple of sectors to cut emissions and now we’re really changing gear. Those measures will have a huge impact on the daily lives of families and businesses across Europe, with no exemptions.”

The impact on the rest of the world is more limited. Europe already accounts for a fraction of total fossil fuel use and the continent looks set to remain out in front on climate policies. That’s why the bloc wants to introduce a levy on certain imports from countries with less strict climate rules. With its long phase-in period, many experts see it as an attempt by the EU to force others to change.

“Implementation could prove to be a logistical nightmare,” said James Whiteside, global head of multi-commodity research at Wood Mackenzie.

Carbon prices — or the price of polluting — initially jumped on Wednesday as the measures were rolled out, with more industries set to join the emissions-trading system. The price surged to records this year as financial investors piled in, leading to concerns that consumers will have to bear the cost.

The rapid price increases in the current ETS have already led to complaints — mostly from eastern European countries — that the soaring costs will undermine their ability to invest in clean technologies.

“The proposal today is just the first chapter of the story,” Tagliapietra said. “We will see a lot of friction and tension over the next two to three years. Europe is set to become a global laboratory for deep decarbonisation and the world will have an opportunity to learn how to achieve climate targets.”

These climate chance activists have lost the plot. They are going to destroy the EU economy and put the EU back into the dark ages.