From bellboys and receptionists to chefs and concierges, hotel staff in Japan are likely to find they have more time to watch the Olympics than they ever expected.
By Yuko Takeo and Tamayo Muto, Bloomberg 24 Jul 2021  00:01 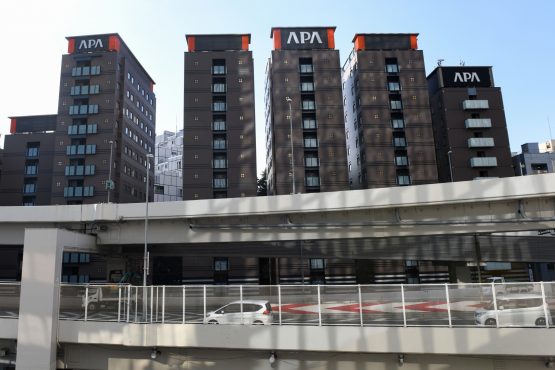 From bellboys and receptionists to chefs and concierges, hotel staff in Japan are likely to find they have more time to watch the Olympics than they ever expected.

A fourth Covid emergency in Tokyo and a decision to bar spectators from the main athletics events have triggered a wave of hotel room cancellations. This latest setback puts further pressure on a hotel industry that bet big on the summer games serving as a springboard for Japan’s wider economic goal of attracting 40 million overseas visitors a year.

While large hotel chains with deep cash reserves can pace themselves for the long run and a post-Covid upturn in fortunes, for smaller operators the pandemic-hit Olympic dream is already testing their business stamina as bankruptcies in the sector pick up. A doorway divider “Noren” hangs in front of Kagurazaka Retro Hotel in the Shinjuku district.

“We had big hopes and expectations for the Olympics,” said Makiko Furusato, who runs a tiny Japanese-style ryokan hotel within a 15-minute drive of four of the major venues for the games. “We opened in October 2019 and right away we got hit by the pandemic. Now this, just as we were hoping to get some money coming in.”

Furusato and her husband previously helped run a hotel in a resort town west of Tokyo. They saw the games as a once-in-a-lifetime opportunity to relocate and start their own boutique inn. They picked their new neighborhood specifically with the Olympics in mind.

But instead of a hotel full of guests during the games, Furusato says she’s dealing with cancellations and competition from other hotels that have dropped prices to a third of the going rate during the Olympic period.

“Bars and restaurants are also in terrible trouble, but at least they’re getting some compensation from the government,” she says, voicing frustration that Prime Minister Yoshihide Suga hasn’t done more to help people like her. “The spotlight just isn’t focused on our industry.”

The decision to bar spectators from the games could lead to more than a million canceled reservations or plans to stay in hotels. That figure is based on 30% of ticket holders for the games coming from outside the greater Tokyo area, as indicated by Olympic minister Seiko Hashimoto, and each of them planning to stay at least one night in a hotel.

“This latest hit will very likely trigger more bankruptcies,” said economist Hideo Kumano at Dai-Ichi Life Research Institute. “And you can’t dismiss the impact on the national mood of making the Olympics spectator-less.”

That hit to sentiment is at least partially behind the drop in support for the Suga government, with recent polls showing approval rates sinking to record lows.

“The government has been too late every step of the way,” said 49-year-old Kanako Miyake, who held tickets for a football event on the day of the opening ceremony. “They really should have vaccinated most people before the Olympics kicked off. They could’ve made vaccine passports so that inoculated people could actually watch.”

Kumano sees hotel room cancellations closer to 700,000 and the initial economic impact of the decision for hotels coming in at around 50 billion yen ($456 million), with hotels getting little in the form of extra assistance from the government for now.

Takahide Kiuchi, an economist at Nomura Research Institute Ltd. and a former Bank of Japan board member, factors in the refunding of tickets and lost travel spending into his calculation that 134 billion yen will be lost as a result of the no-spectator decision.

Kiuchi points out that there’s a high political hurdle to help hotels when some of them are losing out on projected gains in profits. Things looked very different in the run-up to 2020. A record 31.9 million visitors from abroad put Japan within striking distance of its 40 million target in 2020 with the help of an Olympic vault.

The hotel industry spent 1.5 trillion yen ($13.7 billion) on upgrading and adding to their facilities in the three years to 2019, a 50% increase on similar outlays in 2014-2016, according to Bloomberg Economics, citing finance ministry data.

Then the pandemic hit.

“Smaller operators accounted for more than half of the build-up of capital spending in the run-up to 2020 and a spectator-less games is going to hit them more severely.”

Covid-19 contributed to a 57% jump in hotel bankruptcies in 2020 to the highest level since 2011, the year of the tsunami and nuclear disaster, according to data tracked by Tokyo Shoko Research. The situation is likely worse since many smaller business owners in Japan prefer to wind down operations before racking up debts big enough to register in statistics.

Current occupancy rates for member hotels at the Japan Hotel Association remain below 30%, according to Representative Director Koichiro Kakee. That’s a far cry from around 80% before the pandemic. For the hotel industry, Kakee says continued government support for its special furlough program remains vital, as would any moves to lighten property taxes.

“The hotel industry has suffered throughout the pandemic, but the additional hit of these cancellations increases the pain,” Kakee said.

Still, for those hotels that can keep running beyond the Olympics, economists say there is light at the end of the tunnel as the vaccination rate picks up. About 21.7% of Japan’s population has been fully vaccinated so far, according to Bloomberg’s Covid-19 vaccine tracker.

Kumano expects more than half the population should be inoculated by the end of September.

Another key development may be the issuance of vaccine passports, with local governments starting to accept applications starting next week, according to Chief Cabinet Secretary Katsunobu Kato.

“If the private sector can make good use of vaccine passports, that could stoke demand,” said Kumano, noting that retirees, who already have high vaccination rates, are ready to travel again.

The government also has as much as 1.3 trillion yen in unused funds for its “Go To” domestic travel discount campaign that proved popular last year until it was seen contributing to the spread of the virus.

The program probably won’t be reinstated until after the fall because of the inconsistent message it would send, according to Nomura’s Kiuchi, but the travel industry is banking on its eventual return.

“An Olympics with no spectators is a real pity,” said Fumiko Motoya, president of major chain operator APA Hotel Ltd, in an email. “But once Covid-19 has been brought under control, we hope Go To travel will resume, and we’ll see a surge in domestic travel demand again.”