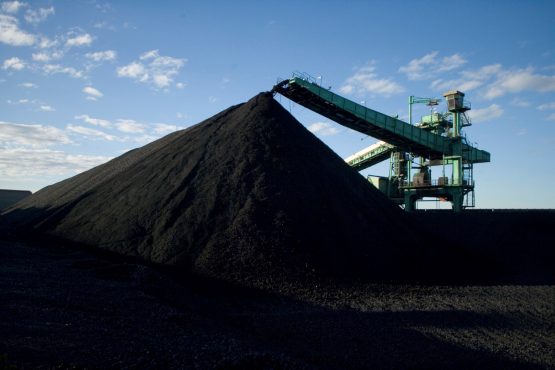 As China began making the final preparations for its inaugural June 20-21 Horn of Africa peace summit in Ethiopia this week, African Union chairman and president of Senegal Macky Sall was in Paris pressuring French counterpart Emanuel Macron to ease sanctions on Russia to avoid a food crisis on the continent.

With Western nations heavily preoccupied with Moscow’s invasion of Ukraine this year, both Russia and China have been on the march in Africa, utilising their very different strategies to deepen their interests and access there – to the mounting concern of the United States and its European allies, worried their influence on the continent may be in serious decline.

So far, 2022 has seen the Kremlin dramatically increase its activities in Mali in particular, with suspected Russian Wagner Group mercenaries blamed for a dramatic uptick in civilian casualties in its long-running war. The global food and fuel prices spike sparked by the Ukraine war has hit Africa hard, with Russian President Vladimir Putin also wooing African Union chair Sall on a visit to the Black Sea resort of Sochi this month and presenting the Kremlin as a solution to the problem – and not, as Western states say, the cause.

China, meanwhile, has continued its decade-long economic and diplomatic offensive across Africa, positioning itself as a new peacemaker for long-running conflicts in Ethiopia, Sudan, Somalia and beyond. US officials also suspect Beijing hopes to open an African military base on the Atlantic to supplement its first one that overlooks the Indian Ocean in Djibouti.

Speaking to the US House Armed Services Committee in March, the head of the Pentagon’s Africa Command General Stephen Townsend said Equatorial Guinea was the most likely venue for such a base, and that the United States was taking of unspecified actions to “deter” such an outcome. The US military has stepped up its training activity on the continent in recent years, with its African Lion drills this month taking place in Morocco, Tunisia, Senegal and Ghana.

China is also on its own diplomatic offensive this month, with its foreign ministry’s Africa lead Wu Peng on a multi-nation tour of the continent including South Africa, Malawi, Tanzania, Burkina Faso and Togo. He will also visit Zambia, where Beijing is negotiating a potential restructuring of more than $6 billion in bilateral debt.

That US drills are taking place in Senegal even as its leader lobbies for sanctions to be lifted against Moscow is a reminder of just how complex African geopolitics is becoming, with nations engaging both with the West and its potential foes. Kenya, for example, remains a solid Western ally and one of the only African nations to attend a US-led meeting on Ukraine in Ramstein, Germany in April – but is also a co-host of China’s Horn of Africa summit.

That meeting represents a significant increase in ambition for China’s diplomatic engagement on the continent, taking it beyond its traditional rhetoric of “non-intervention” to position itself as a negotiator. In February, Beijing appointed veteran diplomat Xue Bing as its envoy to the region, and he has since been shuttling between regional capitals.

Even with a week to go, the true ambition of the summit remains unclear. Beijing clearly feels it needs to become more deeply involved in the region in which it has massive investments, including a rail link from Ethiopia to Djibouti, port and energy interests in Sudan and where some of the current conflicts – particularly in Ethiopia’s Tigray region – are enmeshed with China’s broader geopolitical entanglements in the Middle East and beyond.

China is an increasing arms provider to multiple governments in the region, while its armed Wing Loong drones have also reportedly been used by the United Arab Emirates in support of Ethiopia in Tigray, a brutal counterinsurgency campaign that human rights groups say has seen bombing of civilian targets, blocking of food and medical aid and many deaths.

With China also the principal of Sudan’s military regime Washington and its Western allies say neither the influence of Moscow nor Beijing is good for Africa and its people. In Mali, the United Nations has reported a dramatic rise of deaths with the arrival of Russian “advisers” this year, filling a gap left by the withdrawal of French troops. Russia’s footprint in Africa is much lighter than China’s, but Mali has been a major success story for the Kremlin this year and Moscow is believed also stepping up its influence across the wider Sahel.

Conflict-related humanitarian and economic crises have now been dramatically worsened with the disruptions of food deliveries from Russia and Ukraine, two of the largest suppliers to Africa. Western states and Ukraine blame a de facto Russian blockade of Odesa and Russian attacks on Ukrainian infrastructure for halting millions of tonnes of food, but Russia has proved increasingly successful at shifting the blame to Western sanctions.

For China, the food price spike has proved more of a double-edged sword – pushing some of its debtors deeper into financial woes already triggered by the pandemic, with Zambia widely seen as the first of what could be multiple nations struggling with repayments.

As with Sri Lanka on the other side of the Indian Ocean, negotiations over Zambia’s debt are being closely watched by others, with China seen nervous of setting a precedent that might force it to bail out multiple other heavily indebted nations. Getting more embroiled in Africa may bring its own new challenges for both Moscow and Beijing, but now it appears to be one they are embracing and the West has yet to find a strategy to respond.