On the second day of their meeting at Schloss Elmau, leaders adopted a declaration pledging support for Ukraine.
By Bloomberg News 27 Jun 2022  12:48 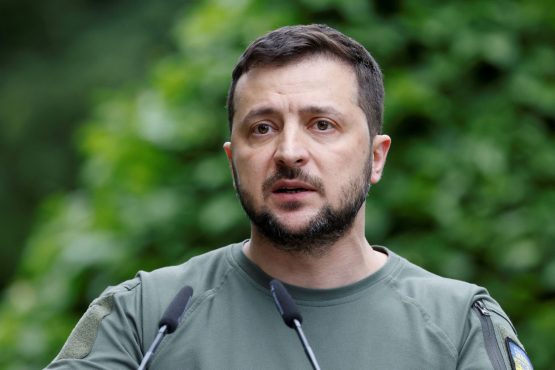 Group of Seven leaders are discussing the viability of a price cap on Russian oil as talks in the Bavarian Alps again focus on Ukraine. President Volodymyr Zelenskiy joined the summit by video link from Kyiv and said he wants the war to be over by the end of the year, according to officials familiar with his remarks.

On the second day of their meeting at Schloss Elmau, leaders adopted a declaration pledging support for Ukraine. A draft version seen earlier by Bloomberg included a commitment to provide support to Zelenskiy and his government “for as long as it takes.” US President Joe Biden is set to announce the purchase of an advanced surface-to-air missile defense system to help protect Ukrainian cities.

Later in the day, leaders of the club of rich nations will address topics including food security, with the world facing a threat of widespread famine due to stocks stranded in Ukraine, one of the world’s biggest grain exporters. Counterparts from India, Indonesia, Argentina, South Africa and Senegal are joining the discussions.

Zelenskiy addressed each of the leaders individually with a specific comment, according to the officials, who asked not to be identified by name.

As @G7 we stand united on Ukraine’s side and will continue our support. For this, we all have to take tough but necessary decisions. Thank you, @ZelenskyyUa, for your participation today. We will continue to increase pressure on Putin. This war has to come to an end. #G7GER

He requested support on flight defense systems, security and financing for reconstruction, as well as help on unblocking exports of the country’s grain.

The G-7 is expected to reach an agreement for member states to develop and discuss ways to set a cap on the price of Russian oil, according to a senior Biden administration official. The group plans to direct relevant ministers to work with other governments and private-sector companies to come up with a mechanism that focuses on transportation of Russian oil to foreign markets. Right now it remains an idea, and the discussion will center around its viability. The discussions will happen over the coming days and weeks and there is no set date to establish a cap, the official said.

Negotiators — especially those from the US and Italy — have sought to broker an agreement on a Russian oil price cap in order to curb revenues from the commodity that the Kremlin uses to fund its war in Ukraine while ensuring the oil’s availability to large buyers, like China and India, in order to avoid further price shocks.

US Treasury Department officials have been discussing in recent days a proposal championed by Simon Johnson, an MIT professor and former chief economist at the IMF, that would seek to cap the price of Russian oil by permitting some trade in the commodity supervised by Treasury’s Office of Foreign Assets Control and its UK and European counterparts. The scheme would allow banks and other firms to finance the trade provided they regularly certify to regulators that the oil was not sold above an agreed upon price.

For an explainer on how it could work, read this:

There is also lot of skepticism about how something like this could work.

The impending US announcement of the purchase of NASAMS, an advanced medium to long-range, surface-to-air missile defense system, comes as Biden and G-7 allies prepare to meet virtually with Zelenskiy. Ukraine is the target of missile attacks and can only fend of a fraction of incoming rockets. Questions remain on how quickly the government in Kyiv can get the defense systems, how many will come and how long will it take to train people to use them.

German Chancellor and summit host Olaf Scholz said international sanctions on Russia will continue to hurt its economy, pushing back against criticism that not enough is being done to choke off revenue from energy exports that continues to flow into Moscow’s coffers.

The sanctions “have contributed to the fact that Russia’s economy has been, and will continue to be, significantly weakened, because a country more or less cut off from technological progress will soon fall behind significantly economically,” Scholz said in an interview with public broadcaster ZDF.

Scholz said G-7 leaders are discussing a ban on imports of Russian gold, but it was not the forum for a definitive decision and the issue would also have to be addressed by the 27-nation European Union.

European Commission President Ursula von der Leyen said it would be better to confront Russian President Vladimir Putin at November’s G-20 summit if he attends rather than boycott the meeting in Bali.

“Other autocrats around the world are looking very closely at whether it is still possible to move borders and invade countries with brute force, military might, or whether democracies will stand up and use their own strength,” she added.

The UK will contribute 1.5 million pounds ($1.8 million) to develop a testing process to identify if grain sold by Russia on the world market has been illegally taken from Ukraine. The aim is to “tackle the scourge of stolen grain, deterring Russian activity and ensuring Ukraine is getting the revenue it so desperately needs from any grain it grows,” Prime Minister Boris Johnson’s office said.

The UK is also contributing up to 10 million pounds in materials and equipment to repair rail infrastructure and help get grain out of the country by rail.