In the latest example of fortunes getting lost and a reminder for investors of the risks in Asia’s wild markets.
By Venus Feng, Bloomberg 24 Jan 2022  12:00 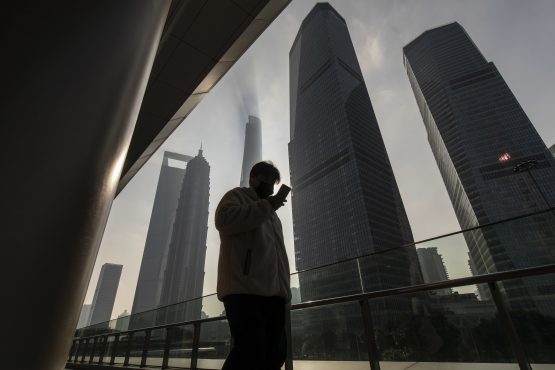 A record stock plunge for a flavouring and fragrances company has erased half of its chairwoman’s wealth, in the latest example of fortunes getting lost and a reminder for investors of the risks in Asia’s wild markets.

Huabao International Holdings Ltd. sank 67% in Hong Kong trading after the company said a supervisory committee for Leiyang, a city in China’s Hunan province, is probing Chairwoman Chu Lam Yiu for suspected disciplinary violations. The statement didn’t provide details about the violations and added that business operations remain normal. A company representative said Huabao would inform the public should there be any further progress in the investigation.

Chu, who’s also Huabao’s chief executive officer, controls 71% of the company, which provides flavors and fragrances for tobacco, food and personal-care products. Her fortune is valued at $2.6 billion now, down from $5.5 billion on Friday, according to the Bloomberg Billionaires Index. In November, when the stock was at its highest price in more than two decades, she was worth some $8 billion. 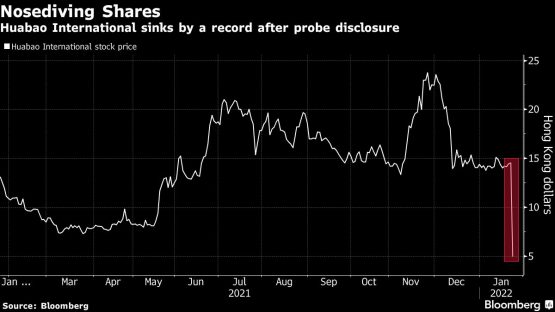 For investors, the fall is another reminder of what’s known as “key man risk” in China. In the past five years, at least five Chinese executives went missing, were unreachable or detained, sending shares of the companies for a plunge.

Chu founded the predecessor of Huabao in 1996 and took the company public in 2006 through a reverse merger in Hong Kong. In 2018, it spun off a unit that began trading on the Shenzhen stock exchange. Chu, who was born in China’s Sichuan province and holds Hong Kong citizenship, was a member of the Fifth Chinese People’s Political Consultative Conference Committee in Shenzhen, a government advisory body, according to her biography on the company’s website.